In lobbying to bring guns to tailgating parties, the gun lobby has proved its stupidity 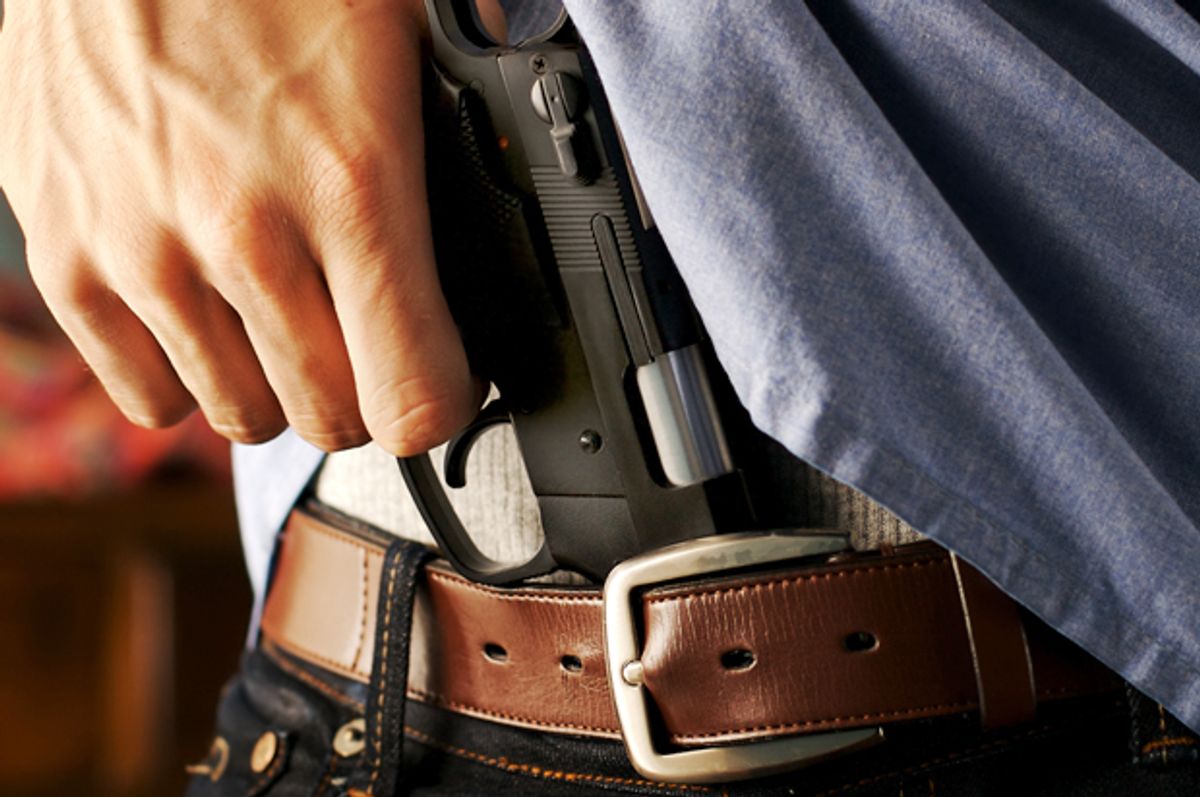 Despite the fact that nothing good ever comes out of mixing aggressive sports, copious amounts of alcohol and firearms, the state of Georgia just passed a law letting people carry weapons to tailgating parties at public colleges. The new law, popularly known as the “campus carry” bill, takes effect July 1.

The passage of HB280 comes despite widespread opposition: the Trace cites a poll of student, staff and faculty at the University of Georgia, the state’s largest public college and home of its most revered collegiate sports teams, which found “69 percent of the university community [is] opposed to campus carry.” A 2016 survey of nearly a quarter of students at the Georgia Institute of Technology found 70 percent disapproved of a similar bill. UGA chancellor Steve Wrigley testified against the bill at a House committee last year, students staged protests, and some members of law enforcement even went on record opposing the proposed law. Still, House Bill 280 easily cleared Georgia’s GOP-dominated legislature, and was signed into law by Republican governor Nathan Deal early last month.

This is the fifth year Georgia’s legislature has pushed a campus carry bill. Gov. Deal vetoed the 2016 version of the legislation, claiming it was too broad in scope. Deal claims to be satisfied with changes since made to the law, which now bans guns from “preschool [and] childcare spaces” on campus, faculty offices, student housing, and sports stadiums. Tailgating parties, where people get liquored up before going to watch young men violently hurl themselves at each other, were apparently considered a bridge too far. It’s worth noting that Deal, who cut the ribbon at Atlanta’s National Rifle Association convention in April, reportedly received $2,500 from the organization for his 2014 reelection bid. The NRA also spent roughly “$613,000 on radio and TV ads, mailers and a phone bank” for the candidate, according to the Atlanta Journal-Constitution.

UGA chancellor Wrigley hurried to respond to the law in a message to students and faculty. “House Bill 280, commonly known as the 'campus carry' legislation, will take effect on July 1,” the message states. “I understand that many of you have strong feelings about this bill. Yet, whether you opposed or supported the legislation, it will soon be state law, and I respectfully ask everyone to exercise patience, understanding and respect as we implement it. We all share the same goal of ensuring a safe campus environment. We should work together to implement the law as written and thoughtfully address any complications that may arise.”

Numerous studies have found that campus carry increases the likelihood of violent crimes, from homicide to rape.