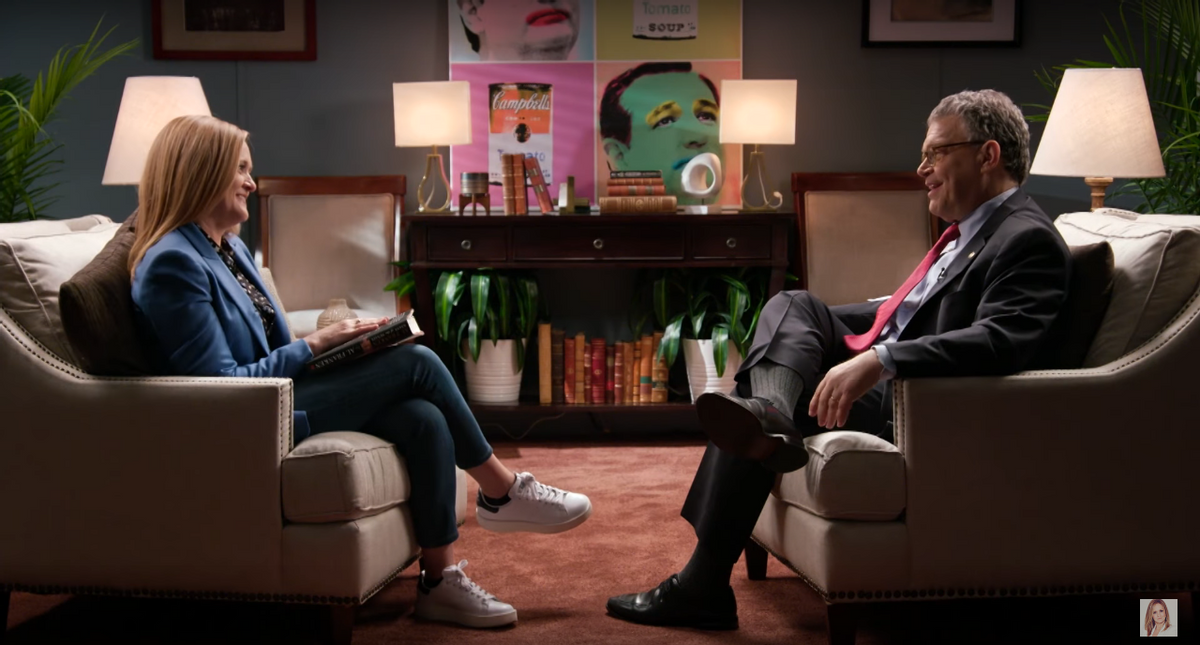 As a liberal jokester, Samantha Bee knows where the line is when it comes to political humor. That's why it was somewhat peculiar Wednesday night when the "Full Frontal" host asked Sen. Al Franken whether he had been somewhat cruel to his colleague, Sen. Ted Cruz, lately.

"Don't you think you were a little hard on Ted Cruz?" Bee asked the Minnesota senator during a segment promoting his new book.

"No, I definitely was not," Franken responded.

"Really? Because you wrote a whole chapter about him and called him the Dwight Shrute of the Senate, which feels to me like shade," Bee pointed out.

Thus began a squabble over who had insulted Cruz more in the past year.

"You called him a rodent-face soup sponge," Franken noted.

"That was an homage," Bee said. "Whereas you called Ted an 'obnoxious wrench in the gears of government.'"

Other funny descriptions Bee and Franken have used to call Cruz include "a terrifying fundamentalist swamp Reagan" and a "world-class butthole."

"The whole point of my book is that Ted's an exception and that it's important to get along with your colleagues even when you disagree," Franken explained to Bee.

The host of "Full Frontal" agreed before reading off more jokes about Cruz.

"A used condom in a Gideon Bible," Bee said, while pretending to be reading Franken's book, "Giant of the Senate."

"I didn't call him that," Franken insisted.

The Minnesota Democrat said that the joke went a little too far, even for him.

"This is a human being we are talking about," Franken said. "You definitely shouldn't run for political office."

"Really? It looks like so much fun for a woman," Bee responded.