In a news conference at the White House, President Trump touted that the U.S. will leave the Paris agreement 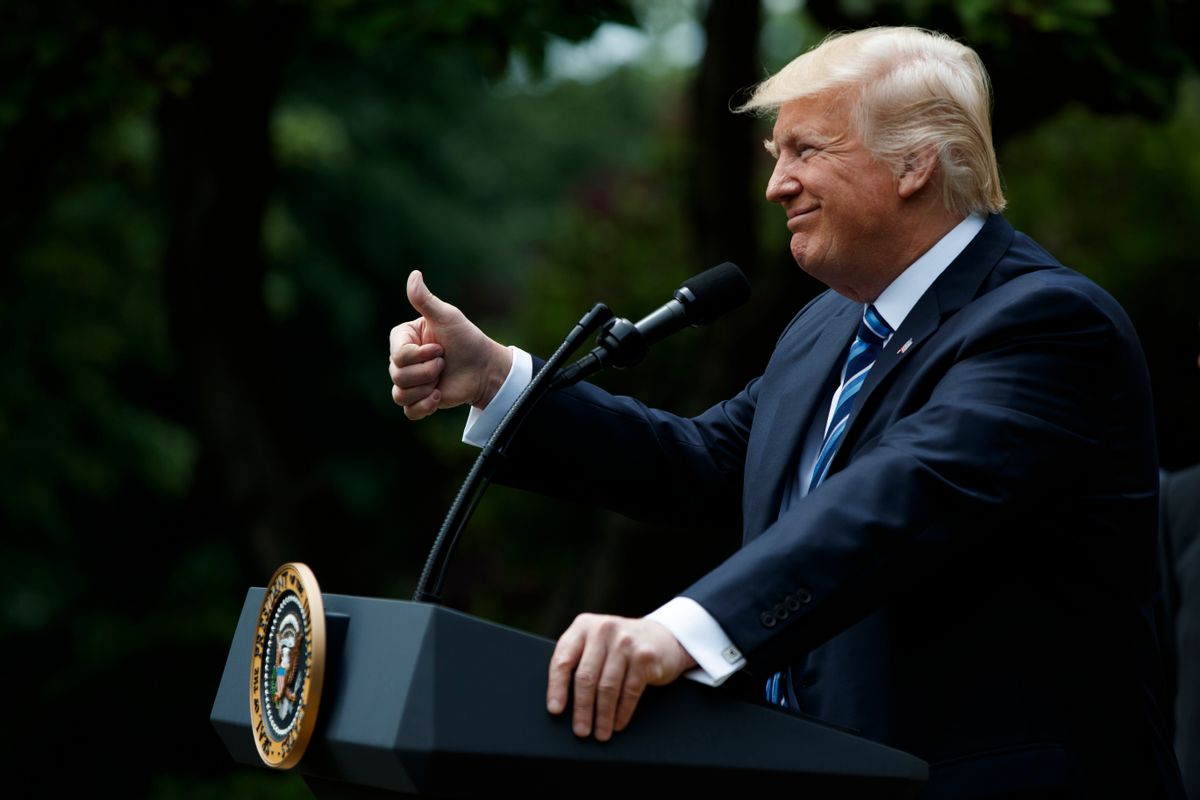 In a speech that sounded as if it were read aloud by a faux President Stephen Bannon with the help of his speechwriter Stephen Miller after he just finished listening to Alex Jones, actual President Donald Trump formally announced on Thursday that the U.S. will withdraw from the Paris climate accord and instead focus on either negotiating terms that, according to the president, are more "fair" for the country.

"We're getting out," Trump proudly stated at a news conference in the White House Rose Garden. "And we will start to renegotiate and we'll see if there's a better deal. If we can, great. If we can't, that's fine."

"In order to fulfill my solemn duty to protect America and its citizens, the United States will withdraw from the Paris climate accord," the president continued. "The agreement is a massive redistribution of United States' wealth to other countries," he added. "It's to give their country an economic edge over the United States. That's not going to happen as long as I'm president, I'm sorry."

The U.S. now joins Syria and Nicaragua as the only countries in the world that are not part of the agreement. Although, Nicaragua doesn't believe the terms of the agreement were aggressive enough in combatting climate change. So, really, it's just the U.S. and Syria.

Trump claimed that the climate accord threatens American jobs and weakens the country's economy. "Our withdrawal from the agreement represents a reassertion of American workers' sovereignty," he argued on Thursday.

The unfortunate reality is that this is not a surprising decision from Trump at all, but is instead consistent with what he had vowed during his campaign. His pledge to create more jobs in the U.S. through the fossil fuel industry is nothing but a fallacy, however, because clean energy employs more people in every single state. Solar and wind energy jobs are growing at 12 times the rate as the rest of the U.S. economy.

In all, Trump's decision will most likely be more harmful to the economy than beneficial. The president's refusal to acknowledge climate change is recklessly irresponsible and he continues to surround himself with those who have directly benefited from the fossil fuels industry.