Trevor Noah: Trump "may have doomed the planet" with Paris pullout 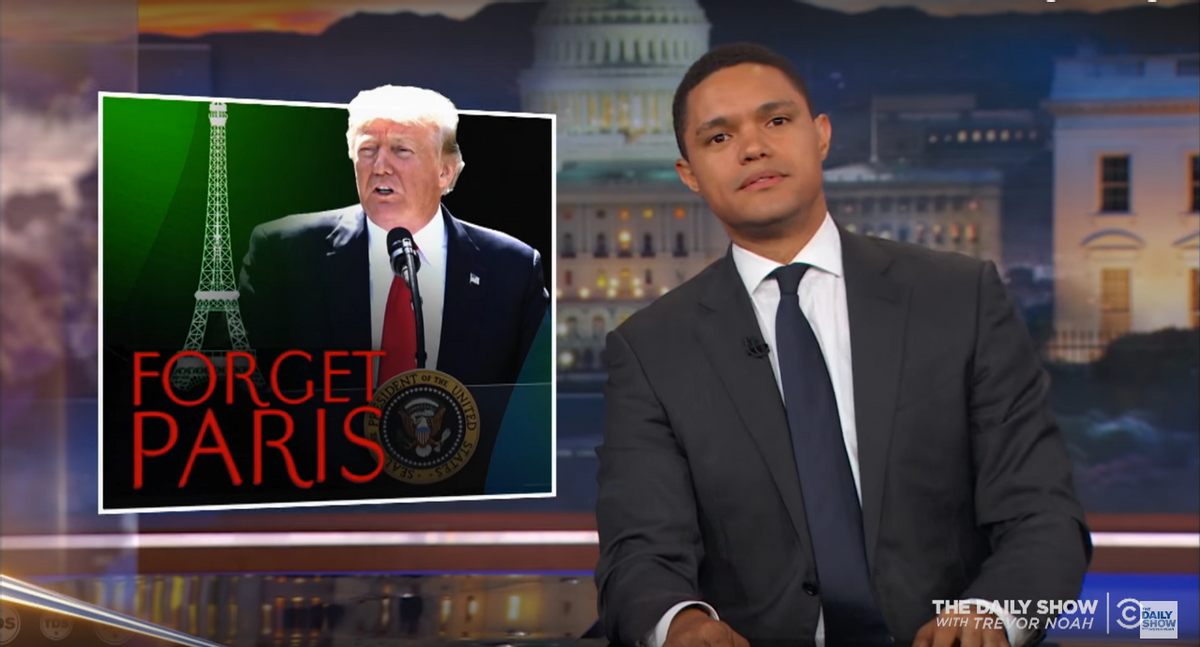 As a foreigner still trying to make sense of American politics, Trevor Noah understandably had some choice words for President Donald Trump on his decision to withdraw from the international climate agreement.

In the eyes of the "Daily Show" host, Trump's announcement from the White House Rose Garden that the U.S. would be backing out of the Paris agreement was just as bizarre as the decision itself.

"I don't know what's worse," Noah said Thursday night. "The fact that Donald Trump may have doomed the planet, or the fact that he announced it like it's an episode of 'The Bachelorette.'"

"Can I just say," Noah added, "telling nature to go fuck itself while standing in a garden is a pretty gangster move. Like, the only way that could have been more messed up is if he did it with a polar bear standing in the background."

Noah noted that the U.S. joined Nicaragua and Syria as the three countries in the world that do not recognize the Paris climate agreement.

"Syria didn't sign because, I mean, they have other things on their mind," Noah pointed out. "I think we can all agree that Syria get's a pass. I'm sure right now Syria is like, 'Oh, wow, you guys are worried you might be in trouble in 100 years. I can't imagine how scary that must be for you.'"

The late-night comic then offered this explanation as to why Trump would renege on such a monumental agreement.

"I think this had less to do with jobs and America's economy and more to do with how Trump thinks this makes him look to the rest of the world," Noah said.