In "Fargo," the fight for truth and justice is a woman's game

"Fargo" has always stretched the idea of truth, but this season makes women its ultimate defenders 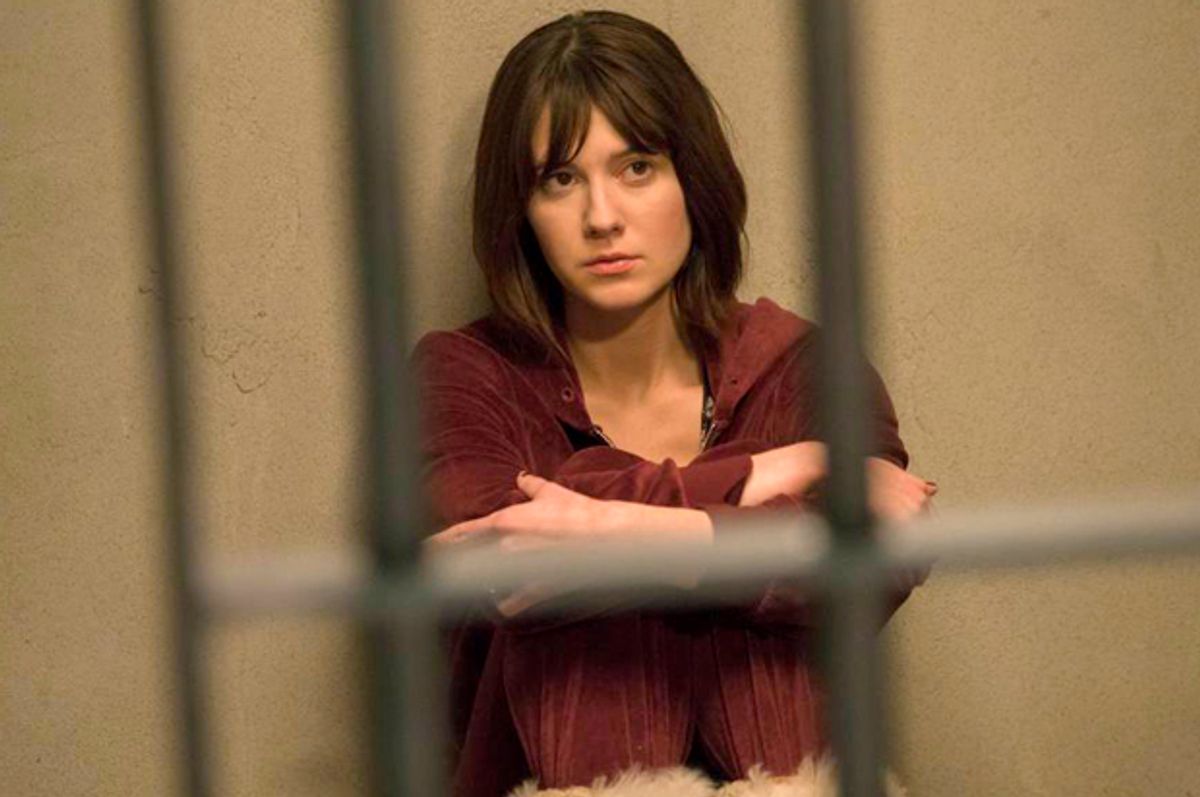 Every episode of FX’s “Fargo” opens with the same words: “This is a true story,” we’re told, in addition to setting the events taking place within a specific year. “At the request of the survivors, the names have been changed. Out of respect for the dead, the rest has been told exactly as it occurred.”

In establishing this as a refrain that echoes through each season, “Fargo” is striking a bargain with its audience, asking viewers to ponder the nature of truth. Those who have been watching the series since the beginning know that declaration is a fiction, another layer of fabrication on a world that layers one contrivance atop another.

We accept that strangely ballooned vowels that the dialogue offers up are not altogether accurate to its North Dakota/Minnesota setting. We accept that even the friendliest falsehood can speak to irrefutable truths. We accept that "Fargo" almost never takes place in Fargo.

Above all, the “Fargo” viewer knows, three seasons in, that none of its tales end in a way that anyone expects in the beginning.

“Fargo” braids entire seasons out of sundry themes that come together into a multifaceted entropic tales of homicide, coincidence and destiny. The current season follows this pattern while veering into a post-fact world by folding in the ways that truth and achieving justice can be stymied by belief.

In a captivating turn, series creator Noah Hawley tasks his female characters with confronting this thwarting of the truth, forcing them to push back or circumvent the sexism that confronts them at every turn. The women in season 3 take action based on facts. The men, who are having none of it, would rather be informed by feeling.

When the third season started, it initially focused on Ewan McGregor's dual portrayal of Emmit and Ray Stussy, brothers locked in a long-festering fraternal rivalry. Ray, the more rumpled and down-on-his-luck of the two, schemes to wrangle money out of his sibling. Emmit is Ray’s opposite in every way -- rich, successful and, he believes, morally upright. (This paragraph has been updated since its original publication.)

That makes Emmit ripe pickings for evil forces in the “Fargo” universe. Tight on time, the devil shows up on his doorstep in the form of V.M. Varga (David Thewlis), a crime syndicate boss who forces his way into Emmit’s lucrative parking lot company.

Season 3 may be set in 2010, but the casual dismissal Eden Valley’s even-keeled chief of police Gloria Burgle (Carrie Coon) bumps up against feels entirely familiar in 2017. Gloria doesn't blink at doing the legwork required to see a case through to its finish. After all, Eden Valley is such a small town that investing a bit of shoe leather into doing the job right doesn’t take much energy.

That changes when her stepfather is murdered -- an accidental casualty of a plan set in motion by Ray and bungled by the stoner he hires to do a simple job. Gloria digs for clues, traces the necessary steps and stumbles upon a path to the killer. Right around that time a new sheriff, Moe Dammik (Shea Whigham), strolls in with an East Coast swagger and announces that Eden Valley is being absorbed by the surrounding county, brusquely demoting Gloria to his subordinate.

Eden Valley is so small that its police department shares space with the town’s library, further fueling Dammik's desire to discount all of Gloria’s methods and efforts. Even when it’s obvious to anyone with 20/20 vision that she’s on to something much bigger than the murder of one man, to the man appointed over her Gloria is simply a lady cop in a Podunk town where nothing ever happens, clinging to delusions of grandeur.

Gloria’s surreptitious efforts from that point on take her to St. Cloud to investigate a homicide masquerading as an accident, where she meets bright-eyed traffic officer Winnie Lopez (Olivia Sandoval). In the course of their conversation, the two realize that Winnie has stumbled upon a clue that ties Gloria’s case to her investigation of what appears to be a simple hit-and-run incident but, of course, is is much more.

Their adventitious partnership is less of the standard “buddy” situation than a coupling necessary to support one another’s sanity and keep persisting while their bosses -- all male -- insist on quashing their efforts. Dammik and Winnie’s superiors insist the women are manufacturing connections out of thin air, refusing to even look at the evidence that’s right in front of them -- even when that evidence strolls right up to a key puzzle piece in the story, an ex-con named Nikki Swango (Mary Elizabeth Winstead).

Varga represents one type of evil; Swango is a seemingly lesser malice. Still, she's spoiling to bring down Emmit and Varga’s mysterious syndicate and, thanks to the refusal of every cop aside from Gloria and Winnie to see her as anything other than “Miss State Penitentiary 2010,” just might be able to do it. But Nikki is a kink in the string both Gloria and Varga are tracing, a woman who inspired one murder, committed a second and tangentially led to a third. Gloria is just shy of figuring that out.

But to Dammik, Nikki represents the triple whammy of being broke, a convicted criminal and a woman. “I’m a simple guy,” Dammik brags to Nikki while interrogating her in last week’s episode “The Law of Inevitability.” “Simple things. Cause and effect. Crime and punishment. Mash a potato, you know what you get? Mashed potatoes.”

Sometimes the simplest explanation is the right one, and sometimes it is merely the refuge of a simpleton who wants a smooth solution to a knotty mystery.

Even when Gloria succinctly lays out the case for her colleagues in St. Cloud -- three bodies, all connected, and a suspect who appears to be a targeted, Dammik replies with, “Only an intellectual could believe something so stupid.”

Surely that line stabs into the guts of the thinking person’s current vexation at the direction in which the world is heading. For women, it stings a bit more fiercely and for different reasons.

In "Fargo," the insidiousness of the sexism Gloria, Winnie and Nikki face is never overtly stated, but displayed in the pieces laid out before us. Gloria is a leader who refuses to concede the agency granted her by the title she’s earned until she’s required to by the dictates of the county. Further, she's inspired Winnie to push further than what’s expected of her, even if it means bending the rules. The guys do it, why shouldn’t she?

But our last glimpse of Nikki may also be the grimmest, as she sits in cuffs on a bus headed to prison, surrounded entirely by men. As is the way of all roads in “Fargo,” the transport is interrupted by Varga’s men, determined to silence her forever.

The very first scene of the third season, set the Soviet-ruled East Berlin of 1988, features a man ensnared in an impossible situation. A state official has summoned the confused and scared Jakob Ungerleider to his office and accused him of murdering his girlfriend. As the man explains, the official has the wrong suspect; they think he’s the previous occupant of his domicile.

All the official has to do is check a few items -- his identification, his occupancy documentation, the testimony of Ungerleider’s spouse, who made the police tea when they came to their home. But doing so would imply that the State is wrong. The official asks Ungerleider if he wants to go on record saying the State is incorrect, putting the man in the position of copping to one serious crime or committing another.

Communist East Berlin is an unabashedly corrupt place. Not at all like St. Cloud, or Eden Valley or any of the nice towns in the Minnesota of “Fargo." There, the only consolation anyone can get is in taking care of things themselves.

Nikki Swango’s fate won’t be revealed until Wednesday night’s episode. But, as Gloria and Winnie’s quest demonstrates, action is likely to be her only recourse. In Hawley's world — and often ours — action has more value than the truth. It’s Gloria’s only shot at solving her stepfather’s murder. It’s Nikki’s only chance of saving her own skin.

The audience still does not know whatever became of Jakob Ungerleider, by the way. But we can be fairly certain that nobody from the State took the testimony of his wife.