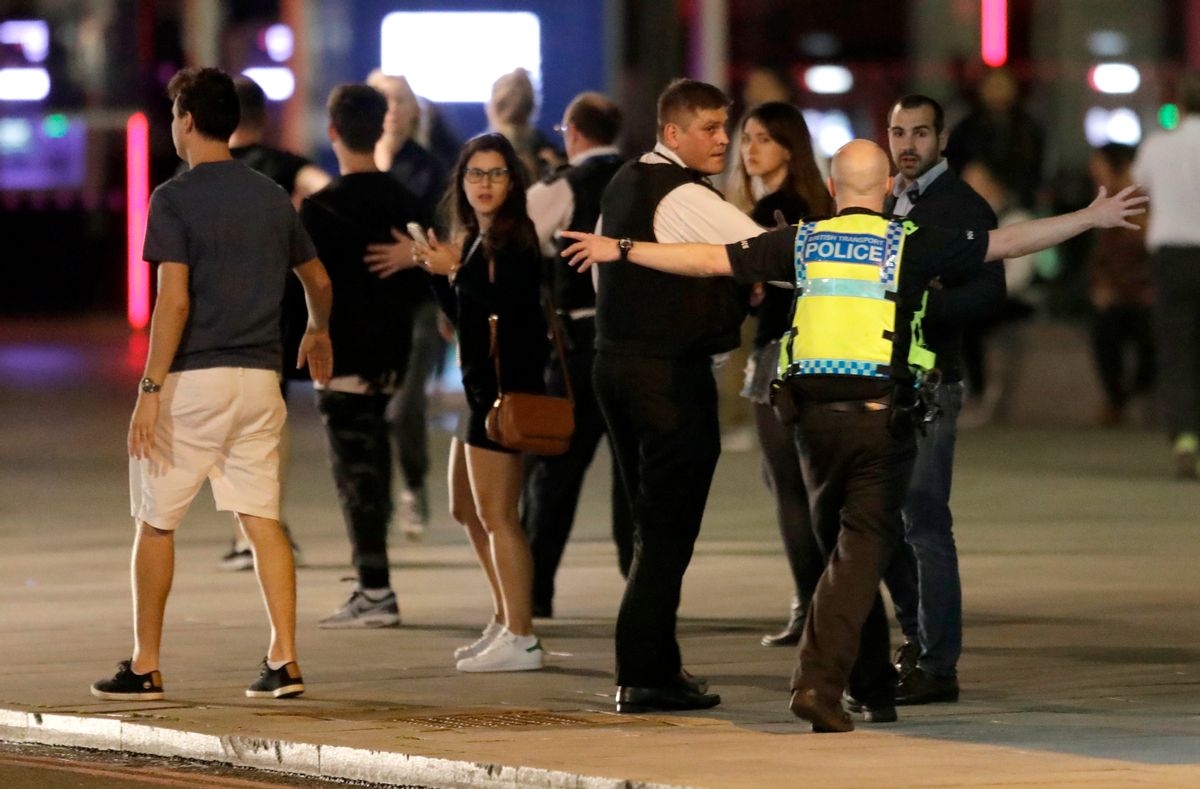 Six people were killed and more than 30 others were injured in a series of attacks in central London on Saturday night, according to multiple news reports. About two hours after the initial incident in which a van struck pedestrians on London Bridge, Prime Minister Theresa May said authorities were treating the series of attacks as "a potential act of terrorism."

Shortly after 10 p.m. local time in London (5 p.m. ET), as the New York Times and many other sources have reported, a white van "mounted the sidewalk" on London Bridge and "mowed down pedestrians." Then three men with knives left the vehicle, according to the BBC, and began attacking people in Borough Market, an adjacent area of restaurants and bars that was heavily crowded on Saturday night.

"Armed officers confronted and shot three male suspects within eight minutes," the BBC report continued. All three suspects were reportedly killed, along with three civilians who died during the various attacks. An officer of the British Transport Police was said to be seriously injured, and at least 30 other people were being treated for injuries in London hospitals.

Saturday night's incident appears similar to the March 22 attack on nearby Westminster Bridge, when a man named Khalid Masood -- reportedly inspired by ISIS -- drove a vehicle into a crowd of people, killing four and injuring 50. He then killed a police officer with a knife before himself being shot and killed by police.

A video posted to Twitter on Saturday evening showed London police storming what is said to be a pub near London Bridge. Officers could be heard yelling for patrons to get down on the floor.

President Donald Trump addressed the scene unfolding in the U.K. by retweeting a Drudge Report tweet that stated there were "fears of new terror attack."

Minutes later, Trump sent a tweet that appeared to exploit the London tragedy by claiming that his "Muslim travel ban," which has been deemed unconstitutional by federal courts, was needed "as an extra level of safety."

This latest attack in London comes just days before the British general election, scheduled for June 8. May, whose ruling Conservative Party is perceived as holding a narrow lead over the opposition left-leaning Labour Party, will chair a meeting of the government emergency response committee on Sunday, the AP reported.