Donald Trump's Paris pullout could be another League of Nations debacle

Elections have consequences, and a century ago one presidential election changed the world 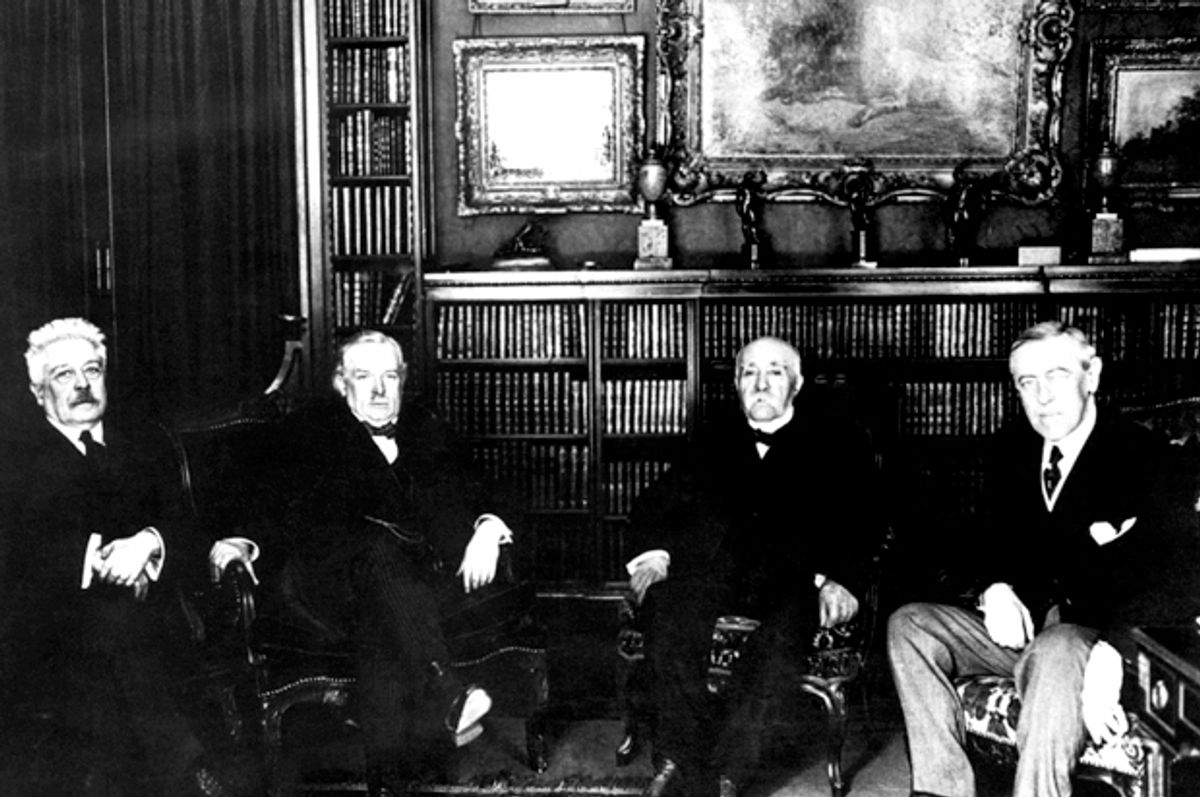 Paris Peace Conference in 1919 where the League of Nations was born. (AP)
--

Mark Twain is reputed to have once said, "History doesn't repeat itself but it often rhymes." Whether or not he actually uttered those words, they're coming to mind right now.

As President Donald Trump pulls the United States out of the Paris climate accord, the same observation could be made of a recent event in American history. When future historians look back on the 2016 presidential election, they will see a shocking parallel with a contest that occurred almost one century earlier — a similarity that, unfortunately, will have grave consequences for humanity.

Go back to the 1920 presidential election. The Democratic presidential candidate was Governor James Cox of Ohio, a moderate progressive with a track record of achievement, and the Republican presidential candidate was Senator Warren Harding of Ohio, a moderate Republican with a considerably less impressive record. Lurking in the background was the League of Nations, an organization created by President Woodrow Wilson (a Democrat) that he hoped would create lasting peace after the horrors of World War I. (Ironically, the League of Nations came from the Paris Peace Conference of 1919, which effectively ended the Great War.)

While both Cox and Harding avoided discussing that issue in depth, Cox endorsed the League to receive Wilson's blessing, even though he promised to revise the conditions of American entry upon learning of Democratic reservations on the subject. Harding, by contrast, opposed entering into the League of Nations, and after becoming president refused to join it in any way.

While it's impossible to say how much different history would be had Cox won the election instead of Harding, it's very likely that both he and his vehemently pro-League vice presidential running mate (a little-known New York politician named Franklin D. Roosevelt) would have participated in it in some capacity. By doing so, America could have offered a progressive voice to the geopolitical issues that arose in the 1920s — the threat posed by Communist Russia, the humanitarian crisis presented by the reparations imposed on Germany after World War I, various nationalist movements throughout the globe — and could have offered a different path in the face of the looming Great Depression and World War II. It is impossible to argue with certainty that this would have happened, of course (historians still debate whether the League of Nations was strong enough to achieve these goals), but it is inarguable that Wilson created the League of Nations for the purpose of preventing precisely those types of events.

This is where the 2016 presidential election echoes the 1920 one — with Barack Obama as Woodrow Wilson, Hillary Clinton as James Cox, and Donald Trump as Warren Harding. Like Wilson, Obama's propounding of the Paris accord is intended to prevent global catastrophe, this time of the type that will inevitably occur if man-made climate change goes unchecked (for more on the science, check out NASA's excellent explanation here). Like Cox, Clinton was a flawed presidential candidate who nevertheless would have made sure that America moved in the right direction when it came to the single greatest existential threat faced by mankind in our era. Like Harding, Trump is an intellectual lightweight whose ideological shortcomings are causing him to make a devastating mistake not only for America, but the entire world.

By pulling out of the Paris Accord, Trump has placed America in a group that contains only two other nations, Nicaragua and Syria. He has hobbled if not entirely defeated the purpose of the Paris accord, and although scientists will no doubt spend years debating whether it would have been strong enough to prevent the environmental catastrophe that awaits us, it is inarguable that things would have been better off had we stayed in than they will by us leaving.

One of the cruel realities of democratic life is that elections often have consequences that the people who voted within them did not foresee or intend. Not many Americans voted for Harding or Cox based on their positions on the League of Nations, and likewise not many Americans voted for Trump or Clinton based on their positions on global warming. Nevertheless, those stances were among the most crucial that separated the two candidates, and history has been shaped for the worse by the fact that Americans made the wrong choice.