In late 2010, an intelligence conference concluded that "political stability" would continue in the Middle East 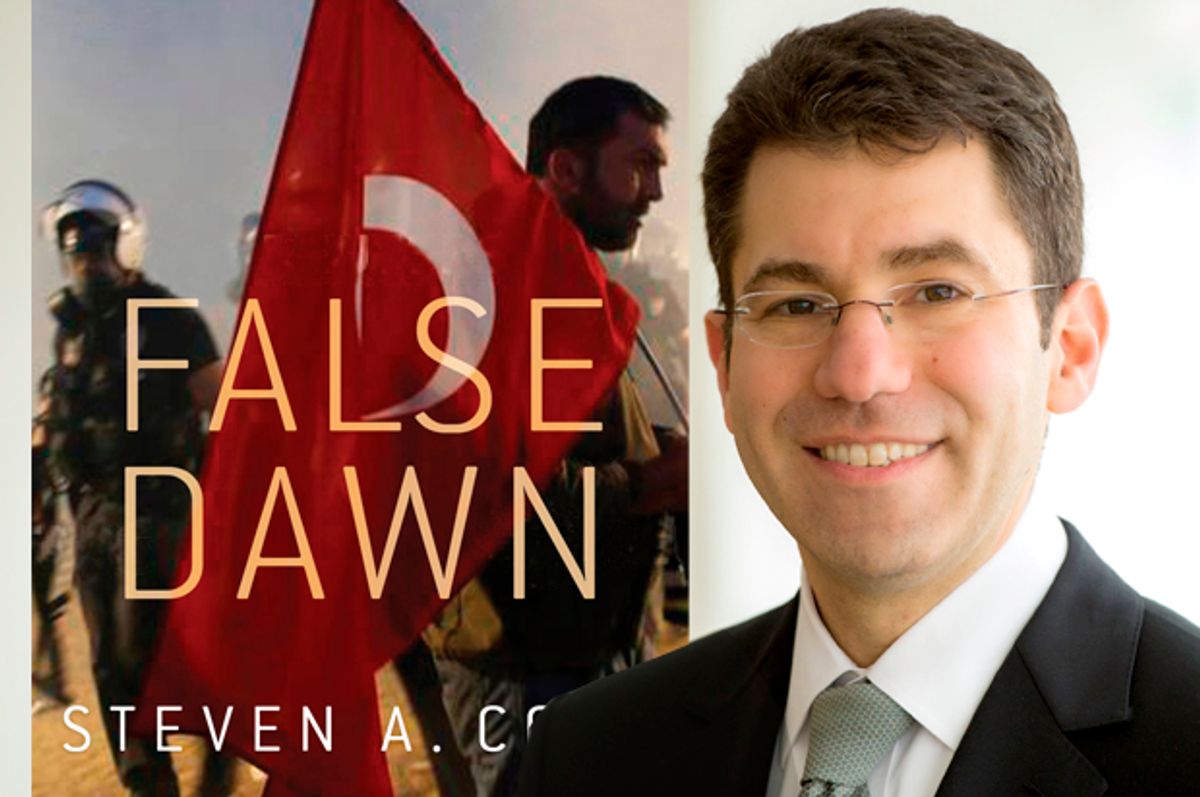 Excerpted from "False Dawn: Protest, Democracy, and Violence in the New Middle East" by Steven A. Cook (Oxford University Press, 2017). Reprinted by permission.

Visitors to Washington, D.C., are often taken with the breathtaking beauty of a city frequently caricatured in television and movies as un­failingly provincial, incestuous and politically bankrupt. The monu­ments that dot downtown and the National Mall — marble temples to founders, presidents, fallen heroes and modern day sages — are deeply moving in ways unique to Washington. New York may have the Metropolitan Museum of Art and Paris the Musée d’Orsay, but Washington has the National Gallery of Art, stunning in its own right with permanent collections featuring the works of Joan Miró, Pablo Picasso, Mark Rothko, Georgia O’Keeffe and Jackson Pollock. The city’s long boulevards, designed to converge (more or less) on Capitol Hill, are lined with sturdy, colonnaded government agencies, built during an era when public architecture meant something important. These buildings exude power and purpose. Then, of course, there is the Capitol building itself, that metaphorical beacon of liberty with the nineteen-foot, six-inch bronze Statue of Freedom capping its famous white dome. This is the Washington that anywhere between fifteen and seventeen million tourists visit each year. The city of cherry blossoms and ubiquitous motorcades.

Washington has another face, however. Although more Northern Virginia than actual District of Columbia, it is part of the city’s unique professional world — the nondescript suburban office buildings and the equally bland conference rooms nestled within them. These faux marble palaces in hues of pink, tan, and pinkish tan are also monuments of sorts. Rather than memorializing courage, wisdom, and greatness, they are a testament to the ever-growing federal government and its unseen corps of contractors. The tourists along Independence Avenue likely have a rough idea of what goes on inside the Department of Agriculture or the Department of Energy, but few, if any, have a clue as to what hap­pens inside the office parks along Route 123 or Wilson Boulevard. Yet it is within these soulless buildings that a lot of the people’s work is done, especially in the areas of defense and intelligence. A cottage industry of firms with alphabet soup–like acronyms has flourished in Washington, providing consulting services for clients within the US government. More often than not, however, these companies do not provide much in the way of actual advising. Rather, recognizing that a direct inquiry from the Central Intelligence Agency (CIA) or the Defense Intelligence Agency is unlikely to be met with enthusiasm from someone within the professoriate, these firms provide cover for both government employees and outside experts. The arrangement works well for all concerned. Intelligence analysts get an interesting and fresh perspective on an im­portant issue of the day and academics get to share their expertise with a new audience.

On December 13, 2010, one of those firms convened a meeting of intelligence analysts and nongovernment experts to explore future po­litical trends in the Middle East. Drawn from the outside were three or four faculty members from universities along the Northeast Corridor and an equal number of “think tankers” — typically people with aca­demic training who have chosen not to enter the ranks of academia as well as former government officials many of whom also have advanced degrees in history, political science or economics. The American intel­ligence community is often slandered in the press and among the tele­vision punditocracy for missing major events and developments. No doubt it has had its spectacular failures — the attack on Pearl Harbor, the Tet Offensive, and the Soviet invasion of Afghanistan, to name some of the most notorious — but the intelligence community’s record is better than many might suggest. Policymakers have a penchant for publicly flogging it to mask their misjudgments. There was the blame shifting after the September 2001 attacks on New York and Washington.

On August 6, 2001, twenty-five days before the World Trade Center fell and parts of the Pentagon’s E Ring were destroyed, the CIA included an item in its premiere product, the President’s Daily Brief, titled “Bin Ladin Determined to Strike in US.” The brief, which was released in 2004 after the conclusion of the 9/ 11 Commission, was vague in parts and incorrect in others, but warned starkly that “FBI information . . . indicates patterns of suspicious activities in this country consistent with preparations for hijackings or other types of attacks.” In the frenzied aftermath of September 11, officials from the George W. Bush adminis­tration acknowledged the brief and emphasized how hard they worked to generate more details about the plan in order to stop it. These pro­testations only reinforced the fact that the intelligence community un­derstood that al-Qaida was planning something big on American soil. Then during the march to war in Iraq, senior officials placed political pressure on the intelligence analysts to prove the existence of Saddam Hussein’s development of weapons of mass destruction and questioned the competence and professional integrity of those analysts who ex­pressed skepticism at the White House’s claims about Iraq’s alleged possession of a fearsome arsenal of chemical, nuclear and biological weapons.

The December 2010 meeting was called primarily because intelli­gence officials had grown concerned about the prospects for instability in the Middle East and were seeking external checks on its thinking. The informal day-long discussion was rich and ranged across the region with sophistication and nuance. By the time everyone headed off to confront the Washington area’s bruising late afternoon traffic, the con­sensus seemed to be that change in the Middle East was actually not at hand. Despite some quibbling on the margins, the nongovernment experts emphasized that the most salient feature of the Middle East’s politics of the previous two decades — political stability — was likely to be the most significant characteristic of regional politics “for the fore­seeable future.” They concluded that the only likely significant changes in the Arab world would be the death of a national leader. Here virtu­ally everyone had Egypt’s Hosni Mubarak in mind. The then eighty-one-year-old Mubarak had spent four weeks in Germany in early 2010 recovering from what his office stated was gallbladder trouble, but few believed it. Cairo’s robust rumor mill decided instead that Mubarak had undergone surgery for a serious illness — possibly pancreatic cancer — during his stay. Yet even if the Egyptian strongman or any other leader died, the gathered analysts, professors and think tank fellows believed that successions to new leaders would be smooth and would not alter the authoritarian political direction of the governments of the region.

Less than a week after the meeting, a young man named Mohammed al-Bouazizi set himself aflame in the central Tunisian town of Sidi Bouzid ...