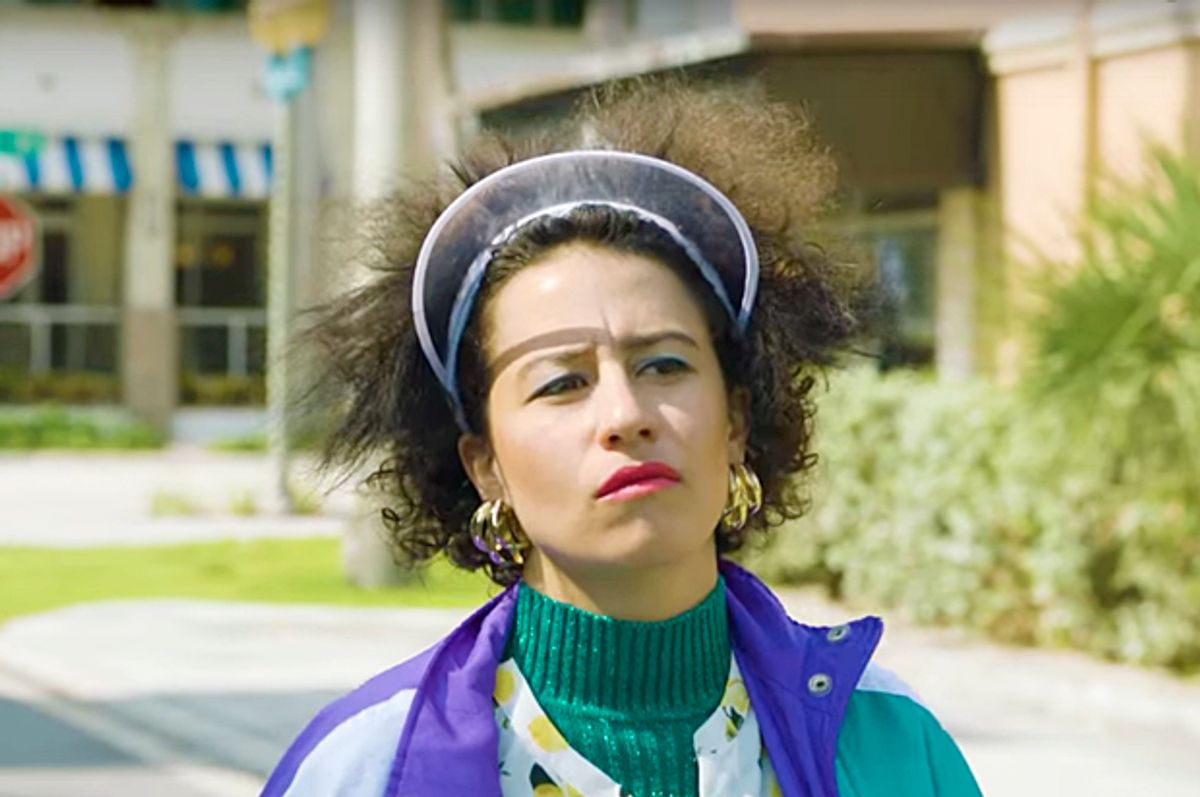 "Broad City" just released its first trailer for its upcoming fourth season and our commander in chief is in the crosshairs.

The 90 second trailer is chock full of cameos (look forward to seeing RuPaul and Wanda Sykes, to name a few), classic Abbi and Ilana moments (stealing the show at a women's march), and of course, a few choice words for the president (a well-timed "fuck you, Trump" delivered by an enraged Glazer, naturally).

More than just a fresh set of political barbs, the new season promises a number of new narrative twists. For one, it will take place in the winter, a departure from the last three seasons.

The reason for the switch? Like so many things, you can blame Trump for the change in the weather.

Like many, Glazer and Jacobson assumed Hillary Clinton would take the win in November. When Trump ultimately beat her, the script had to be changed, pushing shooting until February.

In an interview with The Daily Beast, Glazer explained how the election has influenced the new season in other ways.

“The mishegas that was going on in the country was there no matter who won the election,” she continued. “But the person who got elected, it pointed our narrative in a different direction than we thought it was going to go.”

Glazer added that had Hillary won, the president may not even have been mentioned. However, since the gravity of the loss was so huge, it will play an important role in the series.

“Now it’s just constantly moving over the girls in the show the way it is over us in real life," she said.

Season 4 of Broad City premiers on Comedy Central on August 23.