Kellyanne Conway: The media has an "obsession" with covering Trump tweets

As Donald Trump practices Twitter un-diplomacy, Kellyanne Conway wonders why we should talk about his Twitter habit 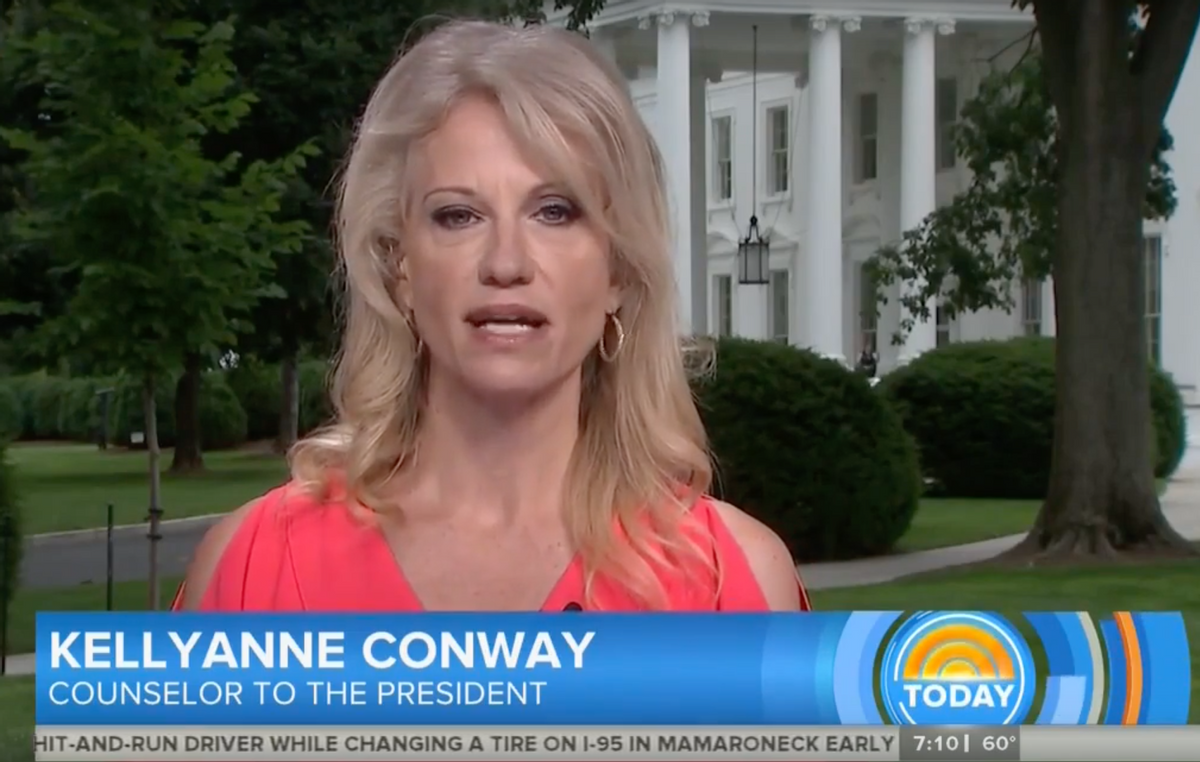 When the interview broached Trump's Sunday tweet that criticized London Mayor Sadiq Khan, Conway insisted that it wasn't a "political attack," according to a report by Entertainment Weekly.

When co-host Savannah Guthrie pushed Conway on the issue of Trump's tweet, the counselor claimed that they were trying to paint the president as "the perpetrator here" and attempted to redirect the conversation back to the subject of Islamist terrorism.

Again pressed on whether Trump should apologize for a misleading criticism of London's mayor, Conway replied by saying: "So we've got the 23rd ISIS-inspired or directed attack. Taking innocent lives, children in Manchester, children in Nice. And we want to know, we want to put some blameworthiness here on President Trump? I'm just not going to allow it."

Conway also attempted to characterize the discussion of Trump's controversial tweets as a media construction.

"This obsession with covering everything he says on Twitter and very little of what of he does as president," Conway complained, ignoring the fact that Trump himself has said he used Twitter to bypass what he claims is a "dishonest media."