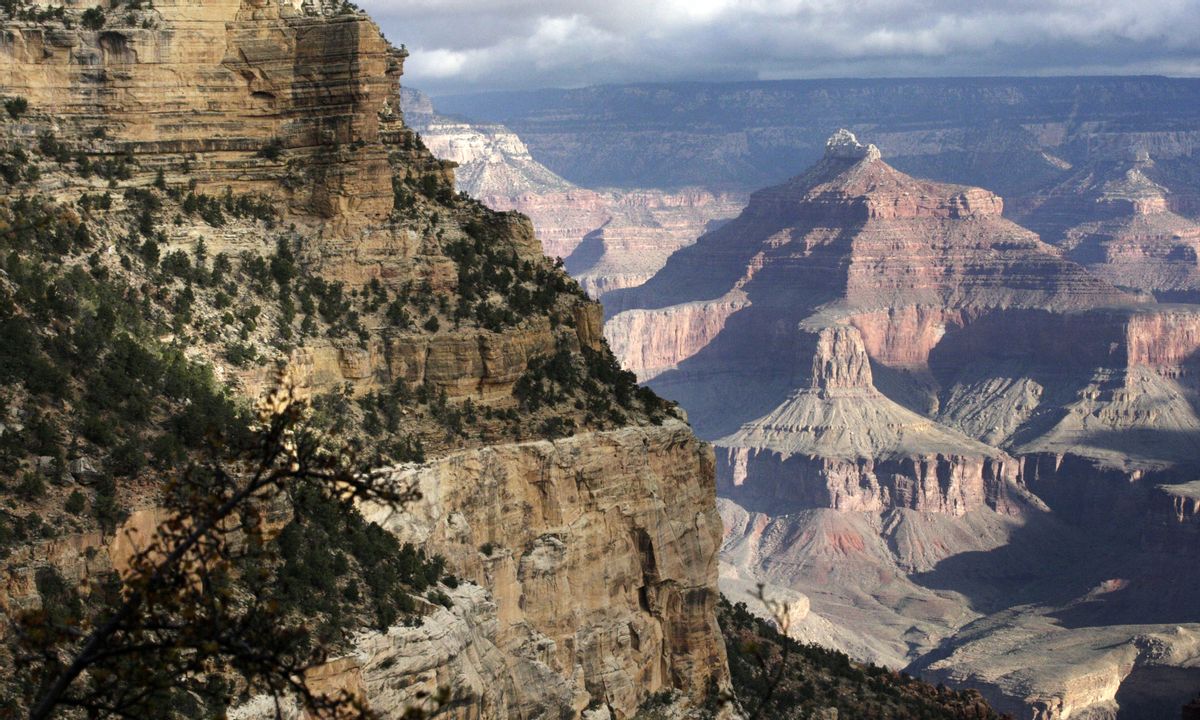 This article originally appeared in Grist.org.

In late April, field biologist Stanley Smith was catching up on emails at his desk in the College of Sciences at the University of Nevada, Las Vegas, when he noticed a shocking note. It came from the Bureau of Land Management, an agency within the Department of the Interior, and informed Smith that the public lands advisory council in southern Nevada that he’s served on for years was suspended. Across the country, other regional advisors got similar notices.

Interior Secretary Ryan Zinke had called for a review of more than 200 independent groups that advise his department on various issues, such as whether a historical site or natural feature should be designated a national monument. The day before Smith received his notification, President Trump signed an executive order asking the Interior to review 21 sites recently designated as national monuments. The review would cover patches of wilderness that received the distinction after 1996, like Mojave Trails in California and Bears Ears in Utah, and would assess whether public opinion was adequately taken into account prior to elevating their status.

The monument order itself was controversial. But the months-long suspension of the advisory groups means that while Zinke’s team is reconsidering the bounds — and even existence — of some national monuments, the teams specifically set up to provide local input will be out of commission. Called Resource Advisory Councils (RACs), the groups consist of representatives from varied backgrounds, such as oil and gas, ranching, tribal government, and academia.

Sandra Zellmer, a law professor at the University of Nebraska-Lincoln who specializes in public lands, is more blunt. She says the administration clearly “wants to talk more about economics and energy development and production than about sustainability.”

To wit, Zinke has said he’d consider expanding oil and gas exploration, as well as uranium mining, on federal lands. However, a recent report from a group of legal scholars suggests any attempt by Trump to alter a national monument designation will face court challenges — as only Congress has the power to make such a change.

President Clinton and his Interior Secretary Bruce Babbitt created Resource Advisory Councils in their current form in 1995. According to Zellmer, the move signaled a recognition of the importance of public input in making land-management decisions.

Consisting of 10 to 15 members, the councils meet several times a year to discuss activities affecting public lands, like recreation, conservation, and energy exploration. Some RACs are specifically set up to advise on temporary projects, like the creation of a national monument.

Each council has seats reserved for representatives who can advocate for everything from history to energy to grazing. For those involved, the RACs represent a rare space where interests like industry and conservation sit down together to work on recommendations. According to members, that leads to a wide array of views about how public lands should be managed.

“The process requires an openness to people’s ideas,” says Bob Schneider, the cofounder of a conservation organization and a member of the Central California RAC. “It’s a body with a lot of mutual respect for people’s concerns and people’s values. You don’t get to find that so often in government.”

In 2015, Barack Obama named northern California’s Berryessa Snow Mountain, known for the diverse array of species it hosts, a national monument. Schneider, who advised on that declaration, says the decision-making process engaged anglers, businesses, mountain bikers, farmers, and other parties.

And that sort of broad consensus is exactly what the Interior says it seeks.

“In the case of significant public land use, we feel the public — the people that those monuments affect — should be considered,” said Zinke in a briefing previewing Trump’s executive order.

Bobby McEnaney, who works for the Natural Resources Defense Council on renewable energy in the West, says the Trump administration is sending mixed signals with the simultaneous reviews of national monument designations and the RACs.

“They say they really value that locals know best,” McEnaney says. “But the one formal apparatus that’s designed to specifically solicit local input on an institutional level is the one they’re deciding to suspend right now.”

Without another option, some RAC members are contemplating submitting input on national monuments currently under review — such as the hotly debated Bears Ears, an area near a uranium mine that’s sacred to multiple Native American tribes — through the public comment process. (The window to comment on Bears Ears ends this Friday, while input can be given on other sites under consideration until early July.) But members say that process elicits a flood of responses compared to what one RAC members calls the “meaningful and efficient” recommendations proffered by the councils.

“The RACs are an imperfect product by far, but so is democracy,” McEnaney says. “It’s a democratic process. It involves a lot of different interests.”