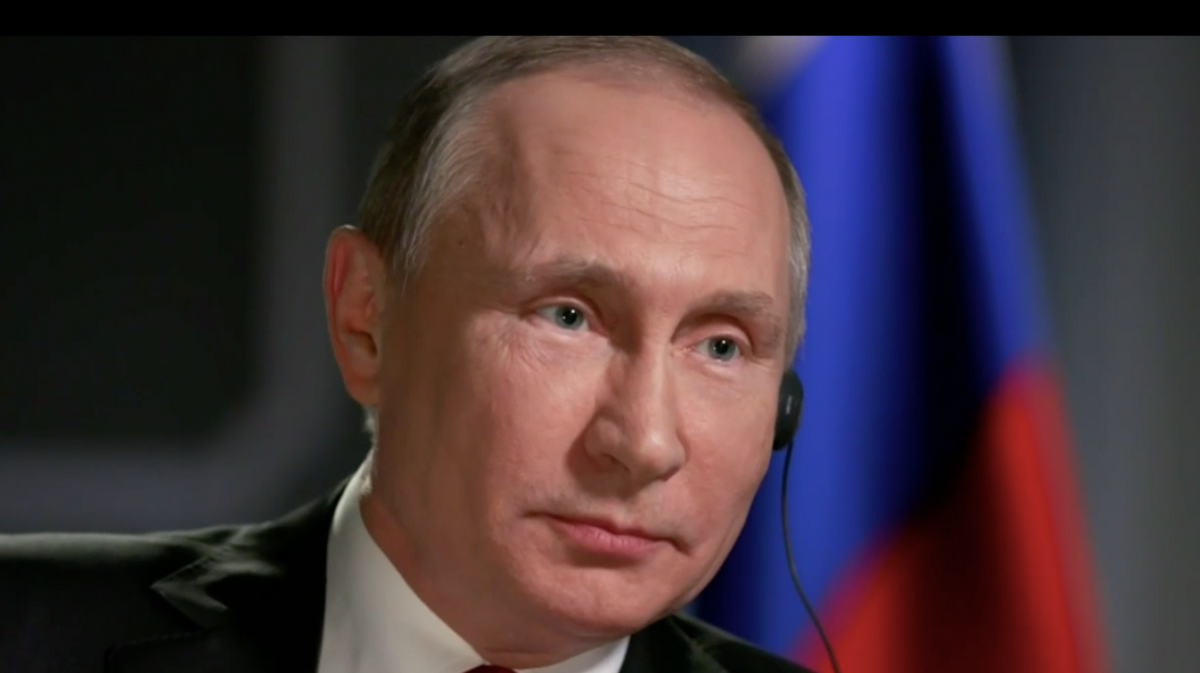 In her groundbreaking interview with Russian President Vladimir Putin, Megyn Kelly managed elicited repeated denials from the Russian leader over his nation's alleged role in meddling in the 2016 presidential election.

When asked if the 17 intelligence agencies and congressional oversight committees were lying when they blamed Russia for the 2016 election hacks, Putin simply said that they had been "misled" and argued that "I haven't seen, even once, any direct proof of Russian interference in the presidential election in the United States."

Putin attempted to wave off Kelly's inquiry when she pointed out that "the experts say that this couldn't have been faked. That it's a hundred factors that point to Russia. They say it's the forensics, it's the digital fingerprints, it's the IP addresses, the malware, the encryption keys, the specific pieces of code."

In response, Putin dismissively said: "What fingerprints or hoof-prints or horn-prints, what are you talking about? They can be invented, you know?" He claimed that hackers could make it seem like "your three-year-old daughter" was responsible.

When Kelly confronted Putin about his recent claim that "patriotic hackers" in Russia may have been responsible for the hacking, Putin insisted that he "hadn't said anything" and tried to deflect to the presence of hackers in other parts of the world, from Asia to Latin America.

He also repeatedly attempted to sow distrust of the United States as a way of avoiding responsibility for Russia's alleged role in the hacking. On one occasion he cited the conspiracy theories that blame American intelligence services for the assassination of John F. Kennedy; on another occasion, he argued that "put your finger anywhere on a map of the world, and everywhere you will hear complaints that American officials are interfering in internal electoral processes."

Putin also denied knowing anything about meetings between Russian Ambassador Sergey Kislyak and members of the Trump campaign or about attempts by Trump's son-in-law Jared Kushner to create administration backchannels for communicating with the Russian government. Instead Putin insisted that his foreign minister would have been responsible for overseeing those aspects of his foreign policy.

When Kelly confronted Putin about his relationship with former national security adviser Michael Flynn, the Russian strongman replied that "you and I personally have a much closer relationship than I had with Mr. Flynn." Similarly, when asked if Putin had compromising information on Trump, the president replied that this was "another load of nonsense."