As Apple releases its first episodic TV show "Planet of the Apps," executive producer will.i.am explains how he cold-pitched it to Apple brass

In an interview with Salon, will.i.am explains how his cold call thrust the Cupertino company into the TV world 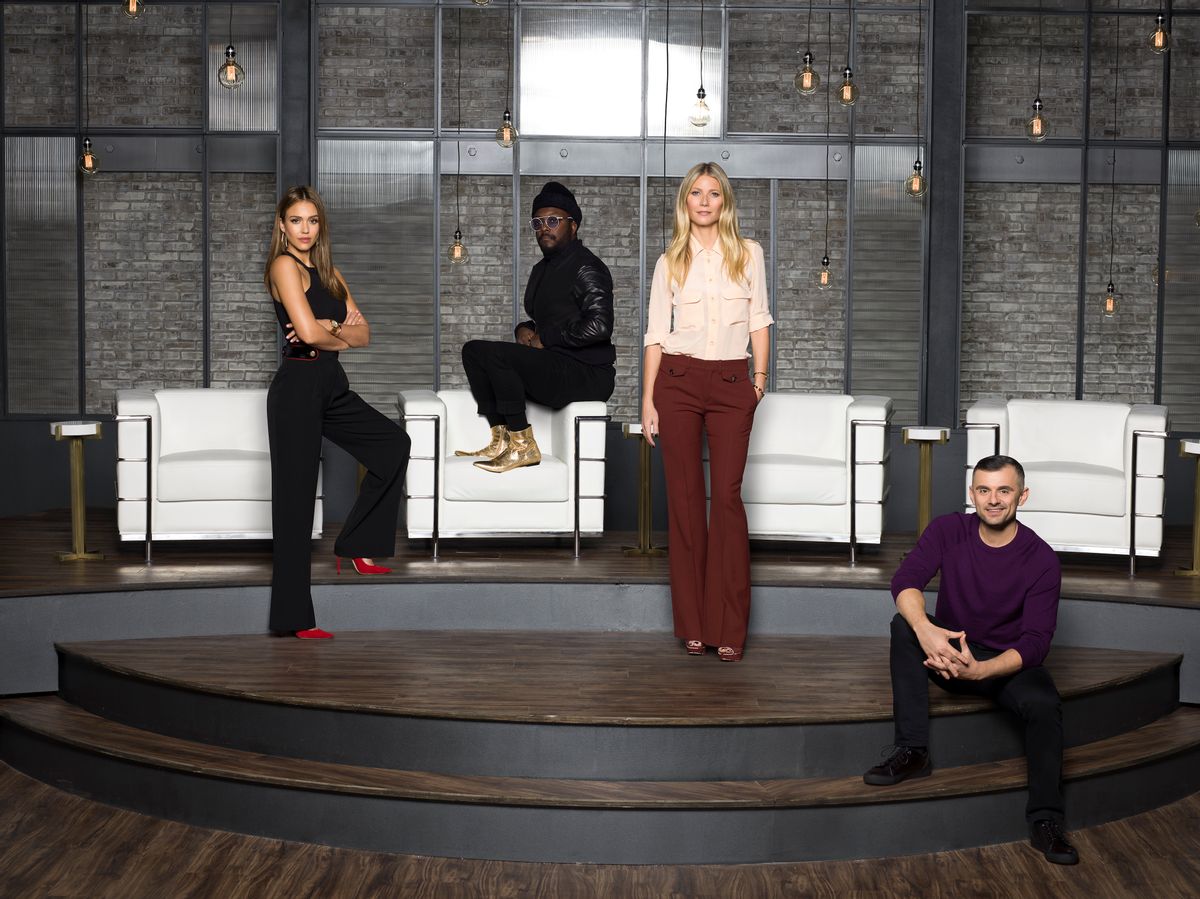 The four advisors on "Planet of the Apps," from left to right: Jessica Alba, will.i.am, Gwyneth Paltrow and Gary Vaynerchuk (Courtesy of Apple Music)
--

Apple's new reality TV show "Planet of the Apps," which features app developers pitching their apps to investors, started its life in a similar way: with producers pitching it to production companies.

"After we fine-tuned it for a while, we went out and pitched it to the networks," will.i.am, Grammy Award–winning musician and one of the show's executive producers, told Salon. "I said, let's take it to Apple." Co-creator Ben Silverman was hesitant, but will.i.am wanted to push foward. "I said, 'trust me,'" he added.

"So I pitched it on my cell phone to [Beats co-founder] Jimmy [Iovine] and [Apple senior Vice President] Eddy [Cue]. And I came back and I was like, 'I think I got it!'"

Will.i.am and most of the show's other executive producers were present tonight in San Jose at Apple's Worldwide Developer Conference, where the company made the surprise announcement that they were releasing the first episode of "Planet of the Apps" for immediate online streaming.

Co-produced by Apple and production company Propagate, the reality show gives entrepreneurs the chance to pitch their app concepts in front of a group of advisors, which includes Jessica Alba, will.i.am, Gary Vaynerchuk and Gwyneth Paltrow. The advisors then help nurture the entrepreneurs' ideas and bring them before investors at Lightspeed Venture Capital, an investment firm.

While Apple has been in the music industry for over a decade, original, on-demand television programming is a new venture for the Cupertino-based tech giant, which seems to be angling towards becoming an original content producer similar to online streaming services like Amazon Prime, Netflix, and Hulu. While they released the first episode for free, Apple is releasing future episodes of "Planet of the Apps" on a weekly basis exclusively to subscribers to its Apple Music service.

The first episode of "Planet of the Apps" combines elements of a drama and a business-pitch reality show in the vein of "Shark Tank," while also serving as an ideological paean to the utopian possibilities of the smartphone app. The show begins with app-makers giving a 30-second pitch to the four advisors, who can then reject their idea or ask to see more.

As long as at least one advisor says "yes," the entrepreneurs are then invited to give a longer pitch, at which point the quartet can hear them out and change their minds from no to yes, or vice-versa. If multiple advisors are interested, the entrepreneurs are forced to pick between them.

The show gives a brief profile of each entrepreneur or group of entrepreneurs before their pitch. Most apps are already relatively well-developed before being brought on "Planet of the Apps"; one in particular, the safety app Companion, already had 1.1 million users by the time the founders pitched it on the show.

Interestingly, the cameras keep following the developers even after the advisors make their decision, which adds more dramatic elements than similar business-pitch reality shows. "One of the decisions we made creatively in the show is that we pull back the camera," executive producer Ben Silverman told Salon. "It's like a documentary about a show, it's kind of meta. You don't just see the results of the venture capital process — you get to see this dream that these guys are pursuing," he added.

The startup world is incredibly competitive: 9 out of 10 startups fail, Forbes reports. But the startups featured on "Planet of the Apps" might have a few advantages, according to Jeremy Liew, a partner at Lightspeed Venture Partners who is featured prominently on the show. The entrepreneurs on "Planet of the Apps" have "incredible mentorship," Liew told Salon. He said "thousands" of apps were screened for the series: "We applied a pretty strict winnowing process to make sure that only the best made it" into the show, he added.

Will.i.am, who in 2012 expressed interest in creating a TV show that was like "X-Factor for tech," framed the purpose of "Planet of the Apps" as solving a problem. "The problem it solves is that between the trillion developers in the pipes, how  do you get visibility," will.i.am told Salon. "What's the way to  get visibility to these awesome companies, all these ideas, that fall on invisible eyes or deaf ears. No one hears about them or sees them. You have awesome developers, but when they go to market, they're like shit, if only I had a celebrity . . .  at the end of the day, that's everyone's problem."

But "Planet of the Apps" solved the "world's biggest problem," explained will.i.am: "How do you take it to the people? This show kind of does that."