Actually, most ESPN viewers don't think it has a “liberal bias”

ESPN commissioned a firm to survey its audience about its perceived liberal bias; some are drawing wrong conclusion 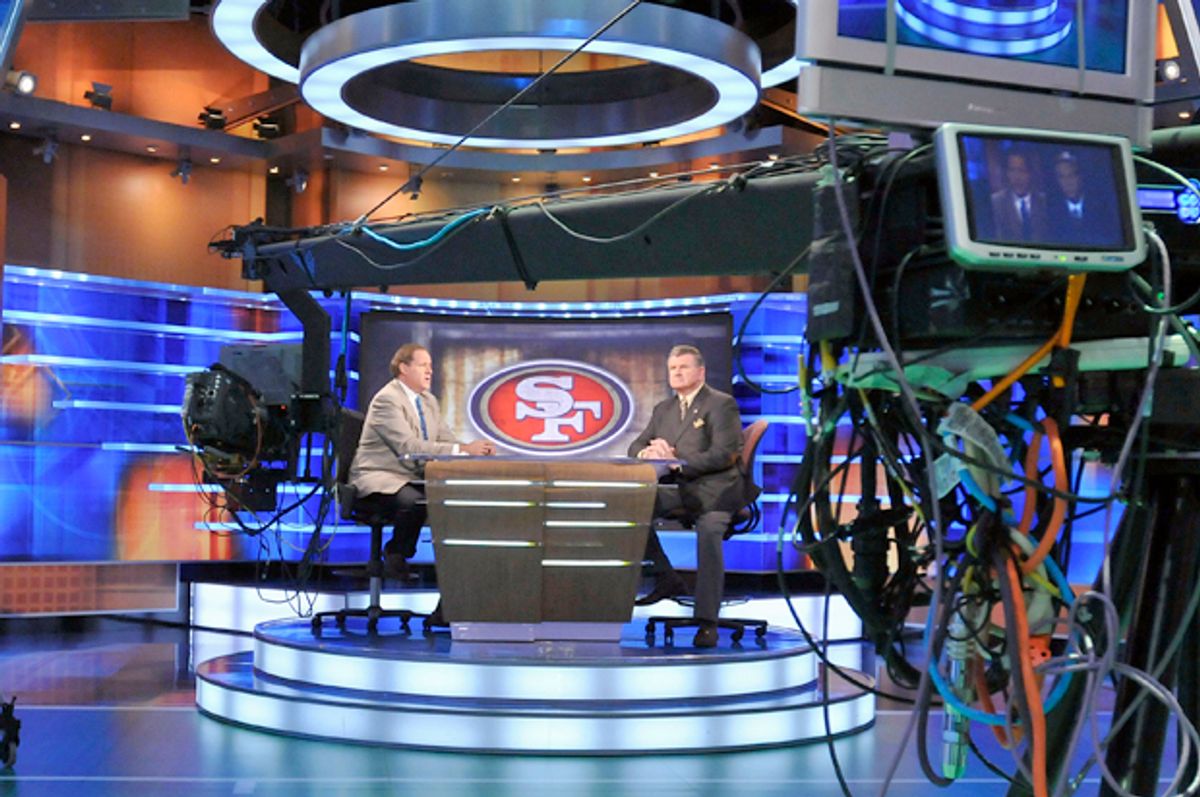 Conscious of all the hot takes about its alleged liberal bias, ESPN contracted a research firm last month to survey its audience about any political tilt in its programming. The results from the study should be considered a win for the sports channel.

Approximately two-thirds (64%) of respondents who took the survey indicated that ESPN had found the right chemistry between sports news and political issues, while only 30% claimed to have detected a political bias.

Of those who saw a bias, 30% percent actually believed that ESPN expressed a conservative viewpoint.

Viewers who identified themselves as strong conservatives ranked ESPN at 7.2 using a 1-10 scale, according to the survey. Liberals gave ESPN a 7.0 ranking. A score of 8.0 was considered “highly rated."

In a press release touting the results of the survey, ESPN's vice president of consumer insights Bary Blyn neglected to mention that of the viewers who saw a bias, 63% said that the sports channel swung too far to the left.

These answers certainly do not determine that a good portion of ESPN's audience senses a liberal bias, as sportingnews.com suggested. Sporting News' Michael McCarthy, who astutely noted that ESPN's press release omitted the liberal bias statistic, was quick to write that the survey "in fact showed a subset of respondents, by a 2-to-1 margin, believe the network leans to the left politically." Buried later in McCarthy's piece, the sports writer acknowledges that this "subset of respondents" only made up less than 2 out of 10 surveyed — a mere 19% percent of the total.

For all the histrionics over ESPN's alleged liberal bias, the sports channel's main audience doesn't seem to mind.