Noam Chomsky on Trump: The worst is yet to come

This administration's legislative agenda is uniquely cruel, even for the far right 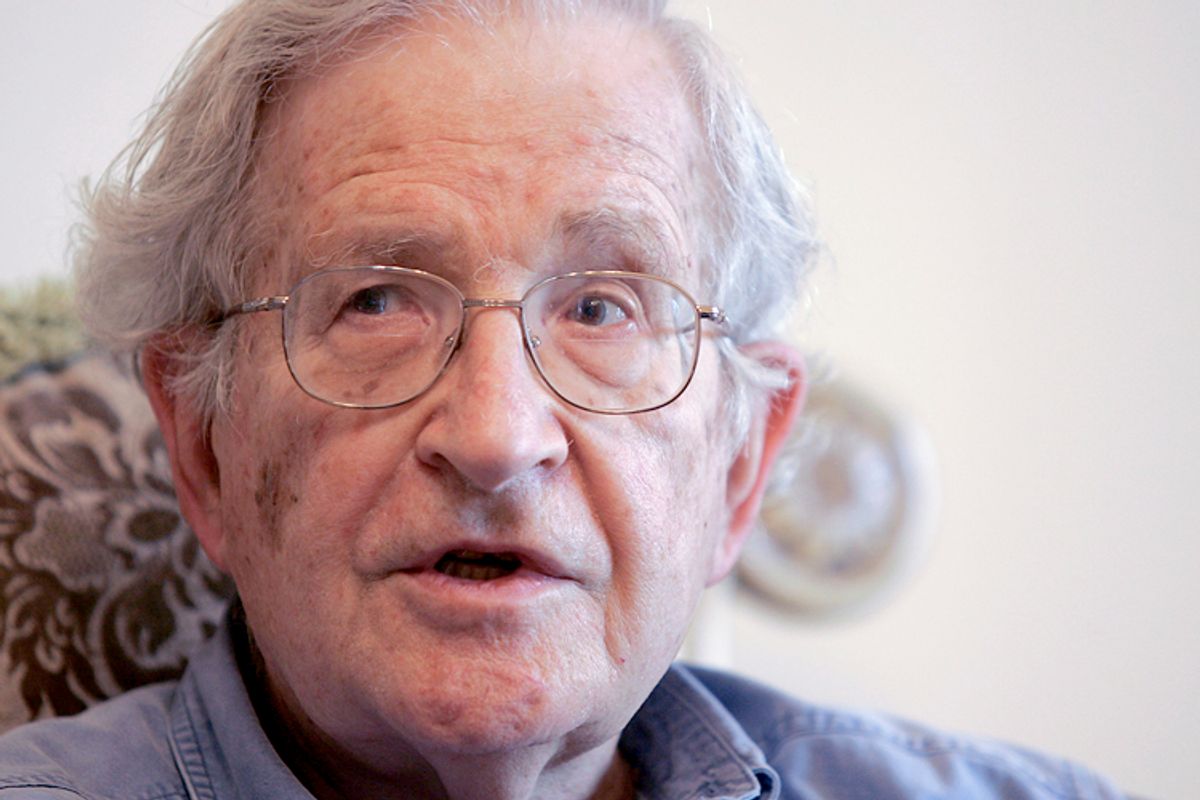 Renowned linguist and author Noam Chomsky believes today's Republican Party is "more dangerous than ISIS," whether or not Trump voters will ever be willing to admit it. According to one May 31 poll, 68 percent think America is on the right track.

Chomsky, on the other hand, believes the country has been on the wrong track since it adopted a neoliberal economic model several decades ago — and things are about to get a whole lot worse.

During the opening of the first zero net energy building at UMass Amherst on April 13, Chomsky began his lecture by explaining why the despair that has ravaged Trump country is a phenomenon unique to America.

"[There's been] a dramatic increase in mortality among middle-aged white Americans without college degrees, beginning in 1999, recently documented by [Princeton professors] Anne Case and Angus Deaton," he said.

Case and Deaton found the pattern has spread nationwide in the past two decades, with no end in sight.

"It's a phenomenon unknown apart from war and pestilence," Chomsky said. "They have an updated current analysis where they attribute the increase in mortality to despair and loss of status of working people under the neoliberal miracle, which is concomitant [with] heightened worker insecurity."

Thus, during the 2016 presidential election, "the same sectors of the population that are suffering increased mortality turned for rescue to their bitter class enemy, out of understandable, but self-destructive desperation."

Trump's 2018 budget, introduced in late May, would prove especially damaging to his working-class voters, due to its deep cuts to social programs. In its most recent analysis, the Congressional Budget Office found that the GOP's American Health Care Act would strip 23 million Americans of their health insurance over the next decade.

"The consequences for working people are now being exhibited behind the facade of Trump/Bannon/Spicer bluster before the cameras," said Chomsky. "This is the systematic enactment of the [Paul] Ryan legislative programs, which are unusually savage even for the ultra-right."

"There's probably worse to come, as further blows to working people are authorized by the Trump/Roberts Court," noted Chomsky. "Now with Gorsuch on board, who will probably decide to destroy public sector unions on fraudulent libertarian grounds."