The president doesn't have a great track record with businesses, so Colbert is forced to start a charity 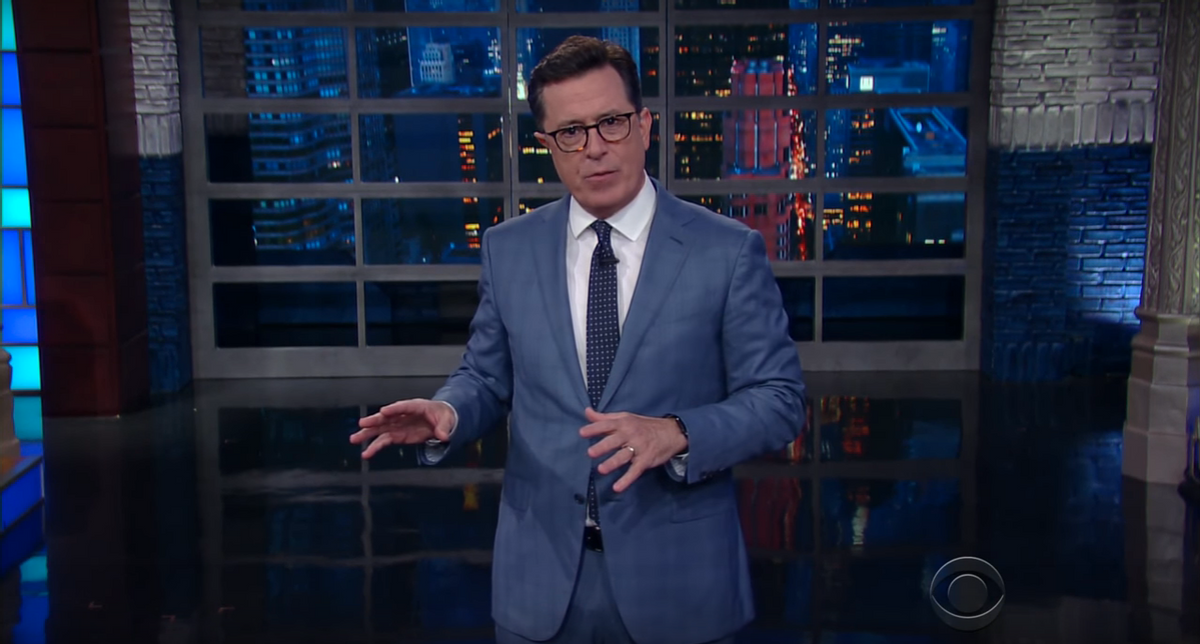 "The White House announced today that they are kicking off infrastructure week," Colbert informed his audience Monday. "It's like shark week, except American infrastructure might actually kill you."

To commence the week, the White House held a ceremony where Trump revealed plans to turn air traffic control into a nonprofit corporation.

"To be fair, any company Trump runs eventually is a nonprofit," Colbert quipped. "But if they're gonna be a nonprofit, our air traffic control is going to have to do some fundraising to make ends meet, and I'm here to help."

Colbert then looked into the camera to lampoon a "for just 10 cents a day" commercial.

"Every day, thousands of flights takes off across the U.S. For just 10 cents a day, you can make sure one, needy plane gets cleared for landing," Colbert said, before holding up a picture of an in-flight Delta plane.

"A plane like this one here. This is Delta flight 8625 out of Houston," Colbert said. "It's been circling La Guardia for eight years. Won't you help it land?"

Perhaps the most bizarre development from Trump's speech Monday on his new infrastructure plan was the revelation that the U.S. has been studying other nations' air traffic control structures. But Trump curiously would not divulge which countries were part of the study.

"Wait, why won't you tell us the country?" Colbert asked during his monologue. "You tell the Russians Israeli intelligence, but you won't tell us the country that is good at landing planes? There can't be any scandal. It is a compliment."