"It was a moment of such intense self-affirmation," says the actor 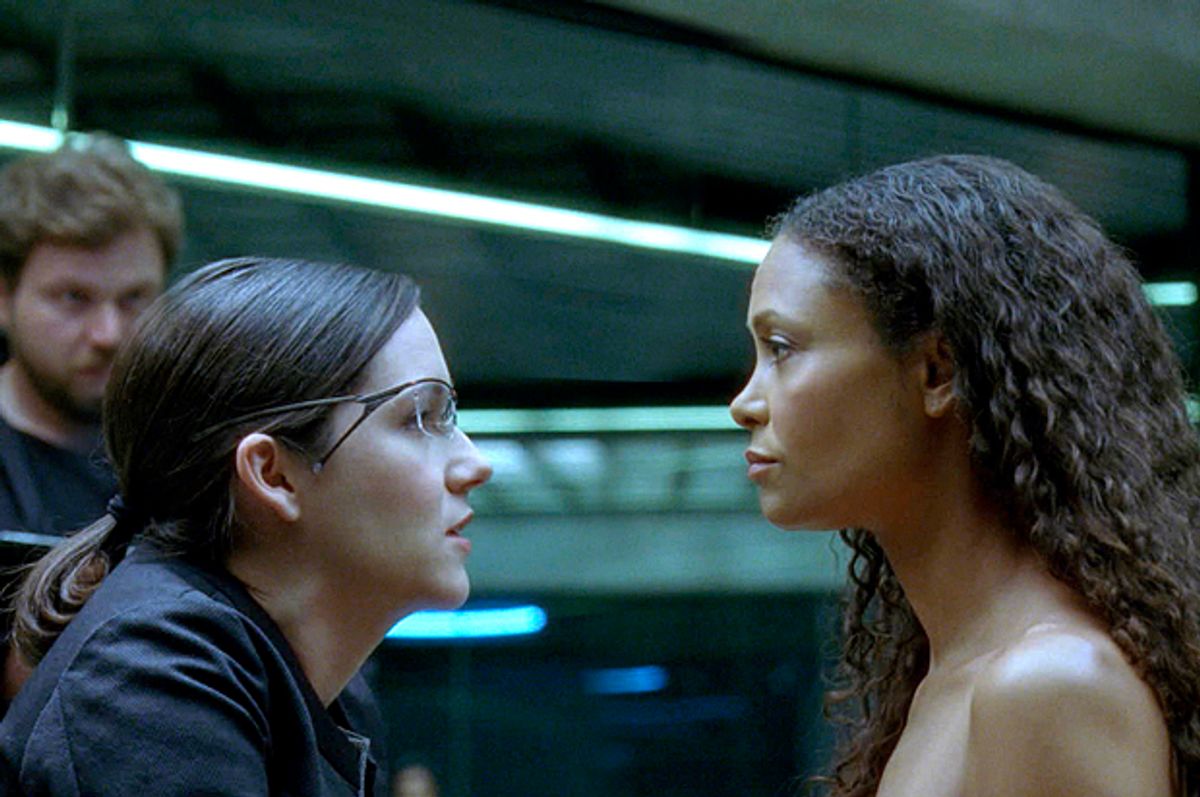 “It felt like having that fourth baby because it was a moment of such intense self-affirmation, not for me Thandie, but female power,” she said. “I hadn’t felt like that before. And it’s ironic that I was standing there stark naked for a lot of it because I felt more in control than I’ve ever done, because I said yes to this.”

The actor, who received critical acclaim for her portrayal of the android-host Maeve Millay on the HBO show, had just given birth to her third child 5 months before starting filming.

"My body was definitely my son's instrument for survival at the time of 'Westworld,'" Newton said. "I was breastfeeding my son, I started the show when he was 5 months old. I still had my crepe-y belly, you know . . . I hadn't been to the gym . . . "

She adds that the scene wasn't about her body, but her empowerment.

"For me it wasn't about looking a certain way, it was about having the courage to stand there, naked, and do this stuff," she said.

For those of us who aren't actors, a nude scene seems daunting, but Newton said she felt the full support of the crew the entire time.

“The showrunner and the director had the crew in such a state of respect and compassion — everyone was so there for me,” she said. “Every time the camera stopped rolling, he’d say, ‘Stop, stop, stop, let’s get Thandie a robe.'”

In an interview with Entertainment Weekly, she added that she was actually more comfortable being naked than she was while in costume.

"You would assume that being dressed is a relief, but I’ve got this tiny corset with this incredibly short skirt with ruffles that invite you to look up it, fishnet stockings, garters . . . all the typical madam-at-the-saloon prostitute stuff. My boobs were up to here, by the way," she said. "And every day that I had to wear that costume I would be feeling so physically disempowered. When I was naked, I was completely comfortable because I was not objectified as an actual object. Isn’t that fascinating?"

See the whole interview with Winfey below: