Why are there so many billionaires leading money-losing companies?

Uber lost $708 million in 6 months, but its CEO/founder is worth billions. Is Silicon Valley a pyramid scheme? 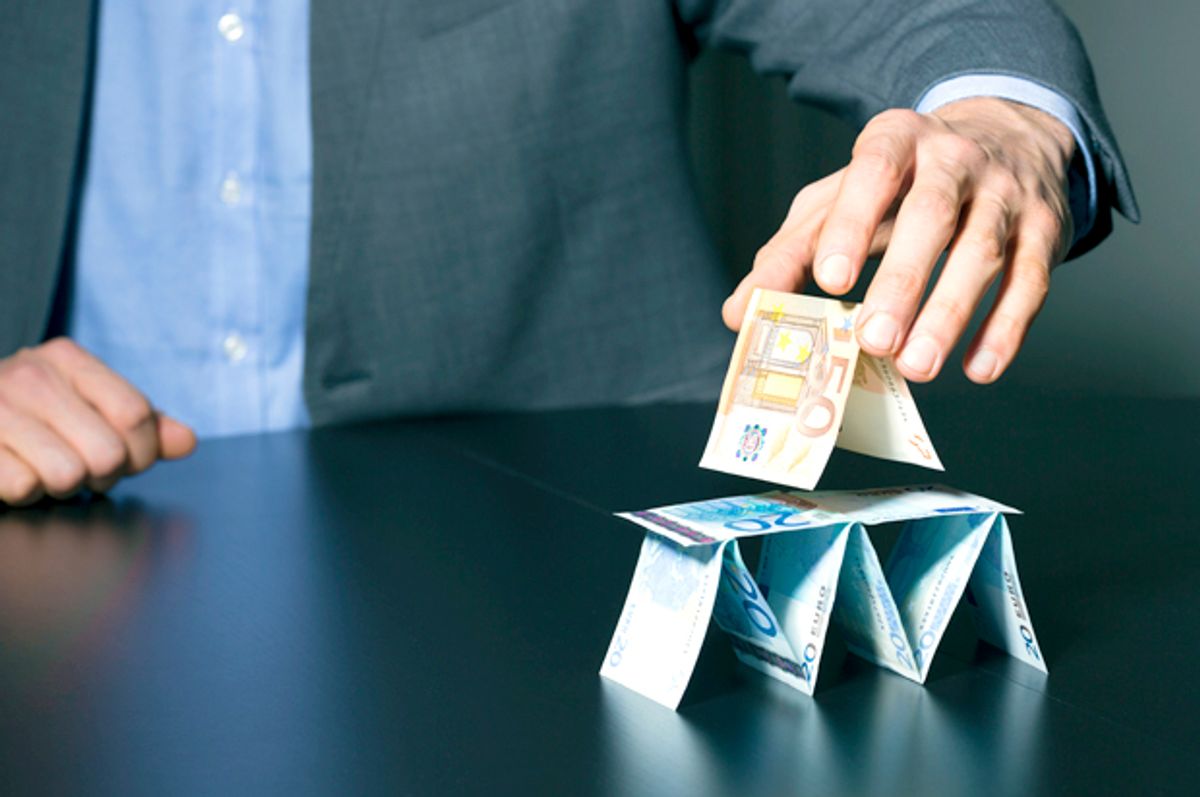 In a financial report released last week, ride-hailing app company Uber reported a staggering $708 million loss for the first three months of the year. Since the company was founded eight years ago, it’s burned through almost half of the $15 billion in private venture capital that it has raised.

But despite the mounting losses, the departure of more than a dozen company executives over the past year and a string of controversies that would send the typical company plunging into an irreversible death spiral, Uber CEO and co-founder Travis Kalanick’s net worth is immense.

According to Forbes, Kalanick is worth $6.3 billion, making him the world’s 226th wealthiest billionaire and the 35th richest magnate of the global tech industry. That makes him richer than Wal-Mart heiress Christy Walton and Liu Qiandong, founder and head of Chinese e-commerce and retail giant JD.com, which recently reported $11 billion in quarterly sales and its first profit as a publicly traded company.

Kalanick’s bounty seems largely immune (so far) to Uber’s string of mishaps, including allegations of about its workplace being hostile to women, a bitter legal fight with Google over allegedly stolen self-driving car technology, scrutiny over the company’s attempt to deceive government officials, and other controversies concerning its treatment of drivers.

So how does a 40-year-old computer programmer heading a beleaguered and unprofitable company have a net worth greater than the gross domestic product of Barbados?

The short answer is: hopes, dreams and aspirations. Specifically, those of the Uber’s financial backers, who believe in the gospel that Uber is on its way to killing the global taxi industry.

Under normal startup circumstances, a business faces intense pressure to attain profitability within a short period of time. According to the U.S. Small Business Administration, 1 in 5 new businesses goes under in the first year while nearly half fail within the fifth year. According to a 2015 study from Babson and Baruch Colleges, the typical entrepreneur provides nearly 60 percent of the funding needed for his or her business.

But in the world of Silicon Valley, profitability takes a back seat as deep-pocketed investors throw money at long-term aspirations. For years private investors have assigned sky-high valuations to tech industry startups in a bid to find the next Amazon or Google nestled in some Northern California office building or garage. Billionaire investors, private equity firms and sovereign wealth fund managers are willing to take considerable risks that mushroom the wealth of founders and CEOs to astronomical levels.

Kalanick is a billionaire because private investors have assigned a value to Uber based on its future potential; that’s where the hopey-dreamy stuff comes in. The company is currently valued at a sky-high $68 billion according to CBInsights, more than half the value of global aerospace behemoth Boeing. Because Kalanick is a primary shareholder of Uber, his net worth is boosted by this potentially irrational valuation, making him a “paper” billionaire.

Though what he does with his equity is not publicly known, Kalanick can potentially leverage this net worth to grow his personal fortune by using his stake in Uber to engage in other business endeavors, like buying real estate or investing in securities, all based on what private investors think his startup is worth.

In the typical scenario, an executive at private equity firm considering an investment in a private startup might compare the numbers offered in a business plan with those of a comparable publicly traded company and examine operating costs, profit margins and overall capital structure. If the startup has a prospectus with targets that seem viable compared with those of an existing competitor, investors will have some degree of confidence that they’ll wind up with a windfall of profit once the company is acquired or it files an initial public offering.

But because of the strange nature of the tech industry, there often isn’t a comparable company upon which investors can base their assessments. When Amazon was raising money in the early 1990s, there was no existing competitor with a similar business model, so early investors had to make estimates and assumptions to base their hopes on. It is interesting that very few individuals invested in Amazon prior to its initial public offering.

In retrospect, offering seed money to Amazon was a no brainer. Internet commerce was growing by a staggering 2,300 percent a year in 1994, and Jeff Bezos saw that light early and famously drew up a business plan during a road trip to Seattle. Venture capital firm Kleiner Perkins Caufield & Byers was one of a few private investors that gave Bezos money early on, and it reaped a fortune after Amazon filed its initial public offering in 1997 just as the dot-com bubble peaked.

But the success of tech companies like Amazon.com and Google are few and far between. Often the decision by private investors whether to invest in a technology startup is based on assumptions, best estimates and industrywide averages of publicly traded companies in the same sector.

While private equity firms have special access to review a startup’s books, CEO- founders have much more latitude in selling their plans and manipulating their numbers than the heads of established publicly traded companies, who face more regulatory scrutiny.

Once startups make their way to the public markets through initial public offerings, founder-CEOs can continue to reap billions from their company’s valuations without the companies making a dime in profit. Tesla CEO Elon Musk, who's worth an estimated $16 billion, the head of Snap, Evan Spiegel ($4.7 billion) and Twitter’s Jack Dorsey ($1.8 billion) are notable examples of rich CEOs who head unprofitable companies.

These founder-CEOs can spend good portions of their lives as billionaire heads of money-losing companies as long as investors keep believing that these companies may someday strike it rich. But there’s always a make-or-break point, and paper billionaire are always at risk of sinking their fortunes with investors losing their shirts. One thing is almost certain: Even if Uber crashes and burns, Kalanick would likely walk away from the wreckage a very wealthy computer programmer.