Democrats have largely ignored lower-income Americans — and in 2016, they returned the favor

If lower-income voters had actually showed up in large numbers, Hillary Clinton would be president. Who's at fault? 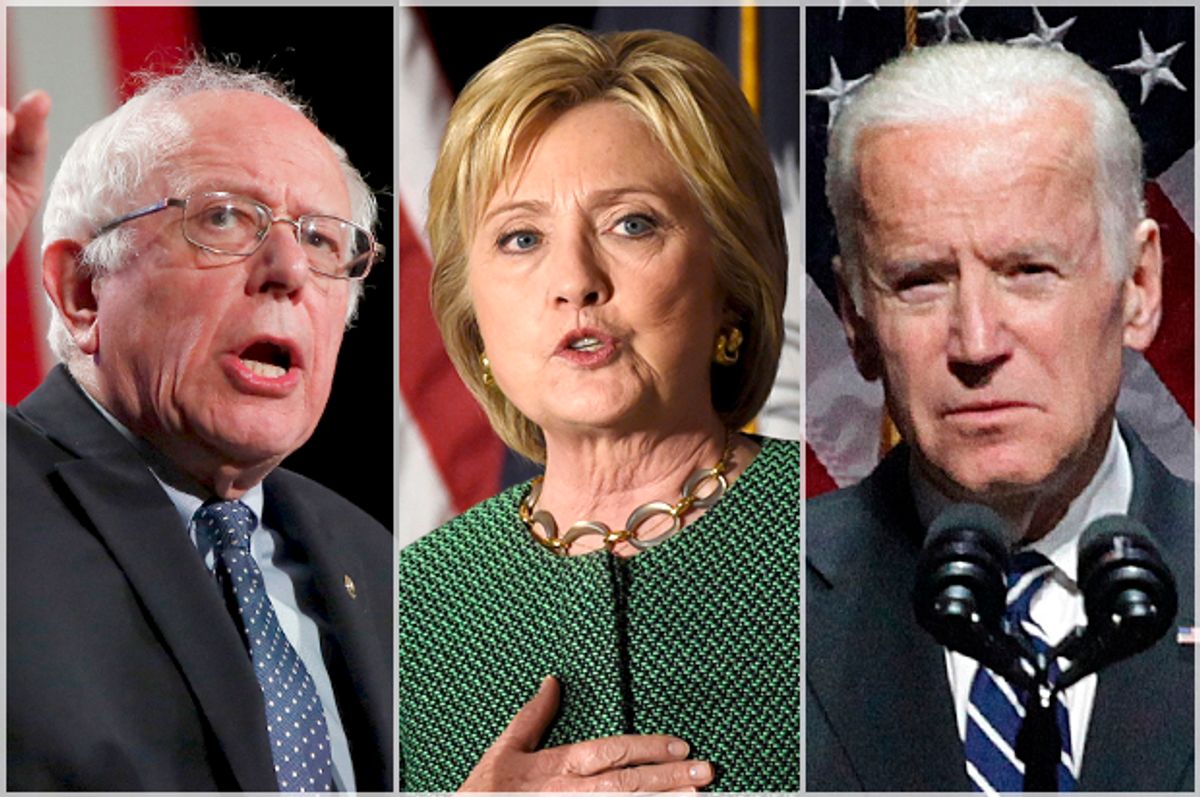 After several months of drinking chardonnay and contemplating how she managed to lose the presidential election to a man who has been intensely disliked by a majority of Americans during his entire (if brief) political career, Hillary Clinton has re-emerged, looking to blame her failure to win the presidency on anyone but herself.

Instead, she should be listening to the politician whom many Democrats wanted to become the party's 2016 nominee, former Vice President Joe Biden.

Speaking last month at a campaign rally for a New Jersey gubernatorial candidate, Biden argued that Democrats "haven't spoken enough to the fears and aspirations [of] the people we come from."

While he couched his Democratic criticism amid talk of President Donald Trump's "negative campaign" strategy, the former veep told the crowd that his party did not spend nearly enough time trying to address the concerns of middle-class people with regular jobs.

"They have $78,000, two kids, living in a metropolitan area, and they can hardly make it," he continued. "When was the last time you heard us talk about those people?"

While trying to speak about issues facing the hard-pressed American middle class would indeed be something different for Democrats, creating policies that encourage upward mobility for everyone would be a far better thing. But it would also be dramatically more difficult for them than it once was, considering how the party has changed demographically over the past 25 years or so.

There are a variety of reasons for this, including the migration of many moderate Republicans who were driven out of the GOP by the conservative insurgency that conquered their party beginning in the mid-1960s. (Something similar may be going on right now, as well.)

The Republican Party's open embrace of the religious right in 1992 and thereafter also seems to have caused many more educated voters to shift toward the Democrats.

According to exit poll data, in 1988 George H.W. Bush won 50 percent of the votes of people who had some degree of postgraduate education. In 1992 he won just 36 percent of the tally, in a three-way race against Bill Clinton and H. Ross Perot. In subsequent years the GOP's presidential nominees have never managed to capture more than 42 percent of the postgraduate vote. In 2016, Donald Trump got just 37 percent.

While highly educated and well-paid professionals like attorneys, accountants, business managers and scientists turned to the Democrats, many of the party's former solid voters began going elsewhere. Some of them, such as blue-collar voters of European descent who don't live on the coasts, have long been migrating into the Republican Party, thanks to its embrace of cultural populism to sell an economic agenda that favors wealthier people.

By the time former Gov. Mitt Romney ran for president in 2012, however, the GOP’s former wedge issues of abortion, homosexuality and guns were no longer enough to convince less-educated whites to vote Republican. As Trump himself won’t stop saying, winning the Electoral College vote is actually rather difficult for GOP presidential candidates.

The only reason the Republicans’ 2016 nominee managed to win was because he added something different to the traditional formula: He essentially started talking like a Democrat. And it made all the difference for him. Trump’s victory was literally made possible by millions of former Democratic voters who were convinced by his extended-length rants against bankers and other assorted “globalists" and his praise for universal health care.

Some of these disaffected Democrats voted for Trump. But an even larger number simply didn’t vote at all.

In a January study of about 3,600 nonvoters who took part in a SurveyMonkey poll, FiveThirtyEight writer Harry Enten observed that 35 percent of these individuals self-identified as Democrats, while 32 percent said they were Republicans and 33 percent said they had no party affiliation. Almost certainly, the people who stayed home leaned even further leftward.

There’s no guarantee that the black Americans who didn’t show up at the polls would have voted for Clinton if they had turned out, but it’s safe to assume the vast majority would have. In exit poll surveys, 88 percent of black voters chose Clinton while just 8 percent chose Trump.

Sorted by age, people who refused to turn out in 2016 strongly skewed younger as well. And younger adults in recent years have been more likely to vote Democratic. According to exit polls, people older than 45 voted for Trump by a 53 percent to 43 percent margin. People under 45 preferred Clinton.

SurveyMonkey didn't provide data for nonvoters based upon income, but from past research it's clear that people with less money are less likely to vote. And they, also, strongly prefer Democratic candidates.

In a study of turnout in the 2014 midterm elections, 68.5 percent of people with annual household incomes less than $30,000 did not vote. Among people of that income level who did vote in 2016, exit polls say that Clinton won their vote, with 53 percent selecting her, versus the 41 percent who chose Trump.

While using statistical data to infer what nonvoters’ preferences might have been is useful, there is some actual data we can use as well: Bloomberg News conducted a poll in September 2016 asking people it deemed “unlikely voters” whom they supported. Among that group, Clinton held an 11-point margin, with 38 percent favoring her and 27 percent preferring Trump.

Of the about 231 million Americans who could have voted last year, about 92 million of them decided not to.

The uncomfortable reality for Democrats is that in 2016, many lower-income white voters left the party to for Trump while lower-income minority citizens simply stayed home.

There's essentially no doubt that because Democrats have failed to earn the trust of people who are financially struggling, Donald Trump is the president today.

Next: How Democrats have driven away lower-income voters of all races through policy and rhetoric.