Kapow! Elizabeth Warren finally gets the action figure she deserves

A Kickstarter campaign to turn the senator into glorious plastic has raised over $50,000 so far 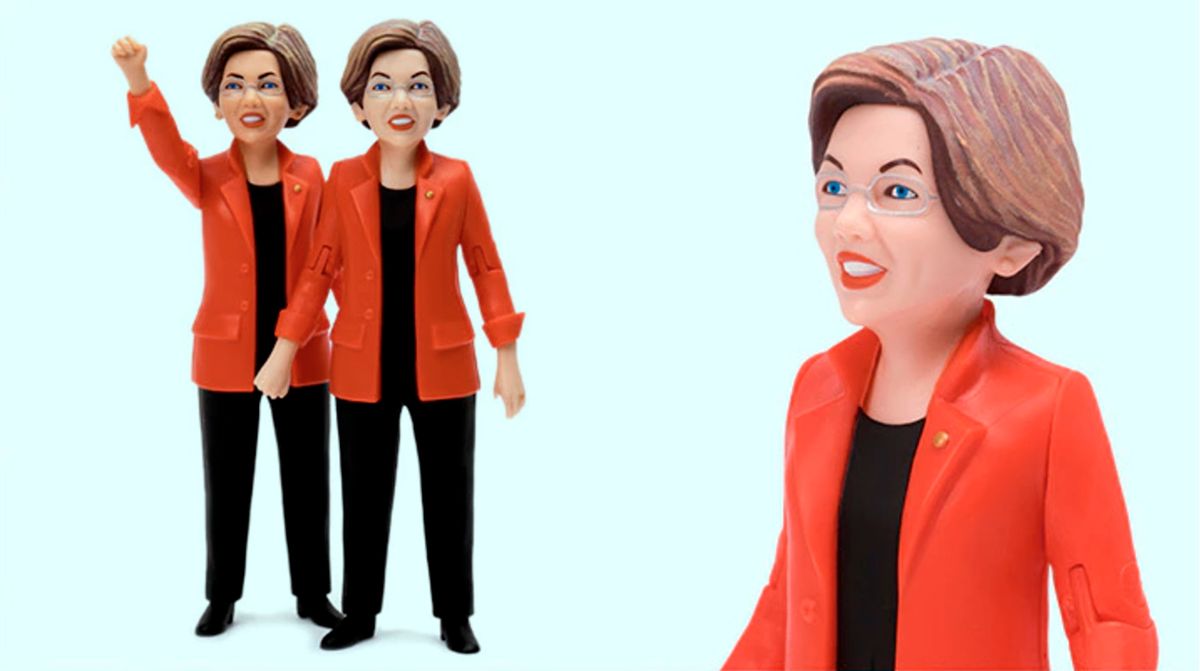 She may have been shot down by Mitch McConnell, but nevertheless Elizabeth Warren persisted . . . all the way to her own action figure.

The six-inch action figure is sure to be just as friendly, yet fearsome, as its real life counterpart.

Painted with "an optimistic smile to give us hope," the figure will wear a red "power blazer to topple the patriarchy," with the sleeves rolled up to "wrestle with big banks," as well as "sensible boots to march on Washington."

The original idea came after FCTRY produced a Bernie Sanders action figure in 2016. Still, there were doubts. "We just weren't sure if there was enough attention on her, nationally, to make the project successful," FCTRY CEO and creative director Jason Feinberg said.

That changed when Mitch McConnell uttered his infamous insult-turned-feminist war cry, "nevertheless, she persisted." "We literally decided the very next morning that we were going to make her," Feinberg said.

Along with delighting Warren fans with an plastic version of their idol, FCTRY will donate a portion of the profits from the sale of the action figure to Emily's List, a non-profit PAC that helps get pro-choice Democrat women elected to office.

"We wanted to donate directly to Elizabeth Warren's 2018 Senate campaign but because of the way campaign finance laws work, this seemed like a better way to go," Feinberg said.

Warren's figure will join FCTRY's lineup of political action figures, including Hillary Clinton and Bernie Sanders. The action figure is set to retail for $19.00, and production is expected to begin within the next two weeks. Yes, in all likelihood, it will be available for Christmas.