Eric Trump says Donald Trump's haters are "not even people"

The president's son "has never seen hatred like this," then calls Tom Perez "a total whackjob" 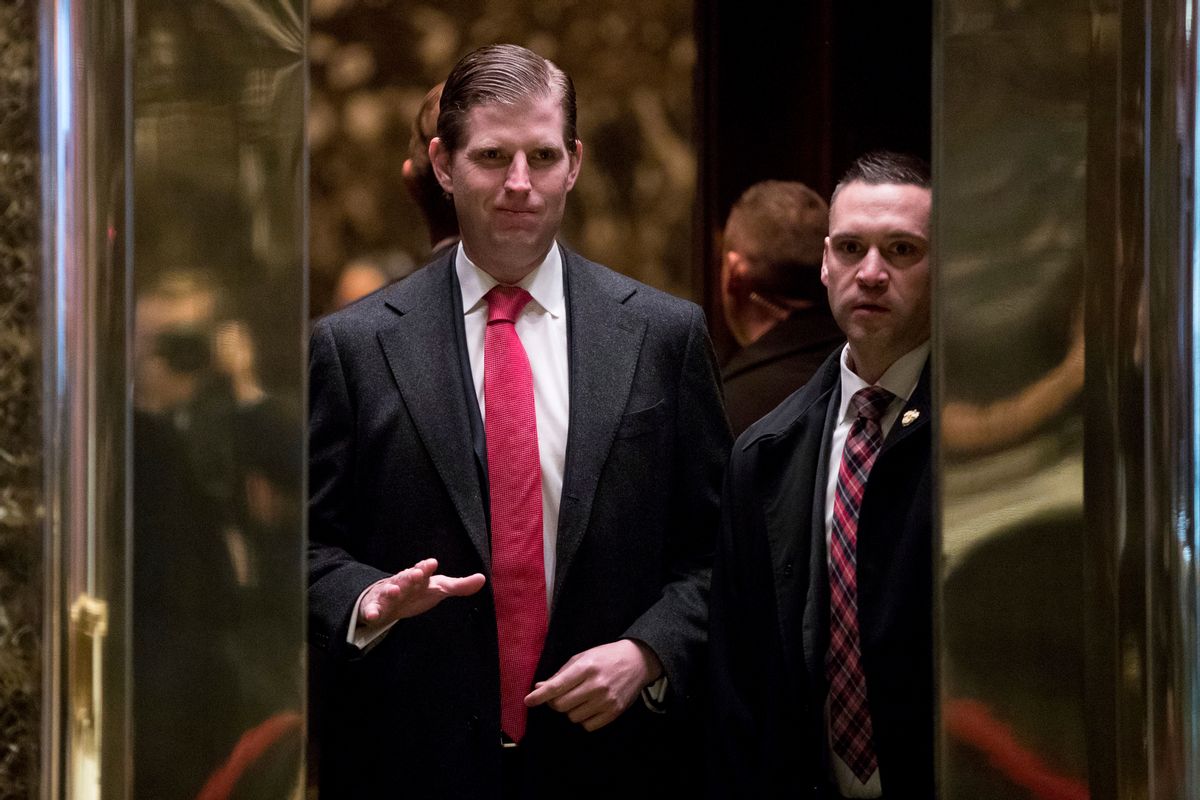 Eric Trump, President Donald Trump's third child, is a bit upset at his father's political opponents. Tired of people who are being mean by not allowing Trump to do whatever he wants, he won't even think of them as humans anymore.

"I've never seen hatred like this," Eric Trump told Sean Hannity Tuesday. "To me they're not even people. It's so so sad."

Trump didn't mention that, during the Barack Obama administration, his father openly questioned whether or not the president of the United States was even a citizen. Even after assuming the Oval Office, Trump has continued to use Obama as a convenient scapegoat — and imaginary villain.

Speaking with a political ally in Hannity, and in the Trump safe space of Fox News, Trump wasn't challenged as he vacillated between the misery of the current political discourse and making yesterday's discourse seem downright pleasant by comparison:

Morality's just gone. Morals have flown out the windows. We deserve so much better than this as a country. It's so sad. You see the Democratic Party, they're imploding. They have no message.

You see the head of the DNC, who is a total whackjob. There's no leadership there. And so what do they do? They become obstructionists because they have no message of their own. They have no solid candidates of their own.

They lost the election that they should have won because they spent seven times the amount of money that my father spent.

Trump's statement to Hannity came hours after a Forbes report alleged that Eric Trump's non-profit paid more than $1 million to the Trump Organization for the use of its golf courses for his annual charity golf tournament to benefit St. Jude's Children's Research Hospital, despite saying previously that use of the course had been donated. The news caused an uproar, and Washington Post reporter David Farenthold, who had been reporting on Trump's charities since last year, noted that the report raised some red flags.