Governors Ball Music Festival in NYC may have been Childish Gambino’s final performance, so what’s his legacy? 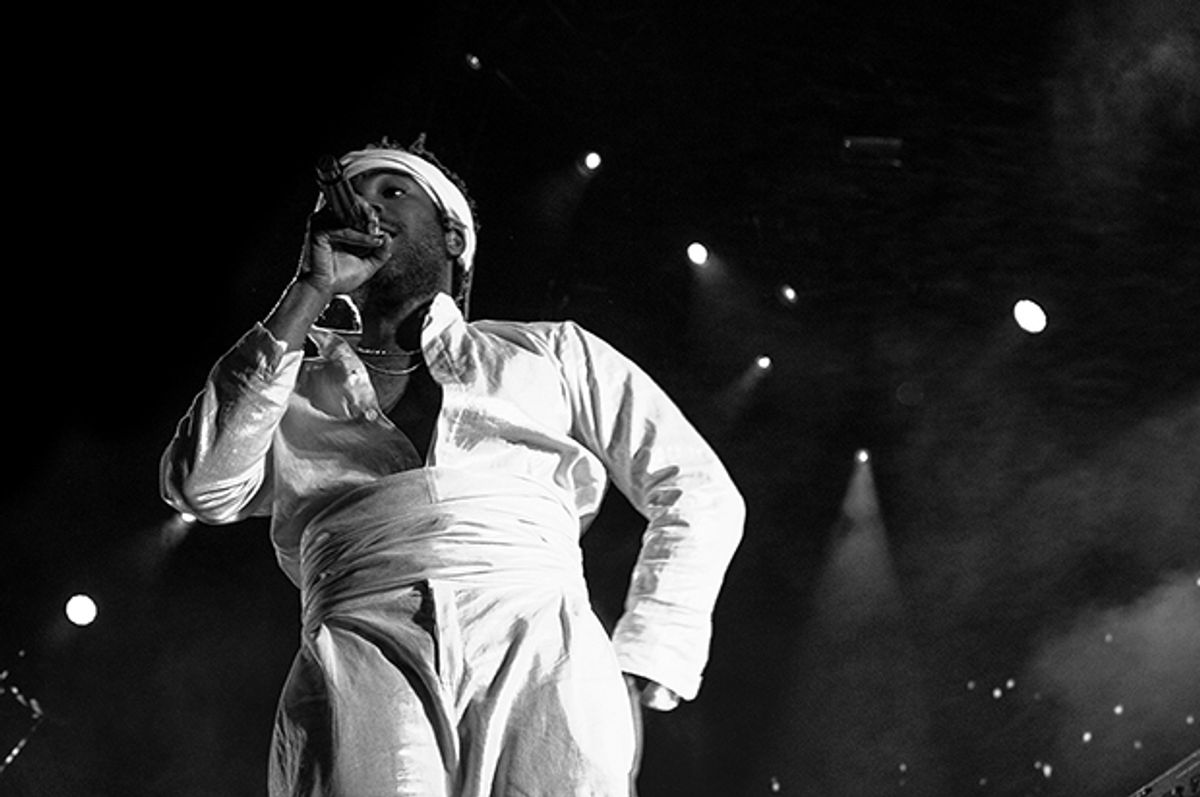 I had the chance to take these photographs June 2 and 3 at the Governors Ball 2017 Music Festival on Randall's Island in New York. I’d planned to attend the 2017 Governors Ball Music Festival to see two of my favorite artists headline shows on Friday and Saturday night: Chance the Rapper and Childish Gambino. I was blessed enough to gain a media pass through Salon to attend all three days, saving myself $300 in the process. Initially I didn’t even have a firm assignment but I’ve always loved doing music photography and didn’t want to pass up an opportunity to compose my own artistic expression of the performances by some of my favorite artists.

Furthermore, after experiencing Chance’s spirit-reaffirming set on Friday, I was anticipating an incredible lineup for Day Two, tunnel-vision focused on Gambino’s Saturday-night set. The performance was nothing short of live-music lore and legend. Personally it was a cathartic experience during which my lifelong love for music and my passion as a photographer collided in a cacophony of euphoria and nostalgia. Gambino even made headlines by announcing during his set that his next album would indeed be his last.

To explain how important it was to me to see potentially Childish Gambino’s final live performance, I'll go back five years to the first time I saw him on tour for his first album “Camp.”

It was at Philadelphia’s Penn’s Landing in 2012, the summer after my senior year of high school. After a previously rained-out concert, a few hometown friends and I eagerly waited as the first people in line to see our favorite new artist, Childish Gambino. After roughly two hours, the doors opened and we rushed the stage and staked our positions just behind the front guardrail to the right. As the local opening act took the stage, I turned around to look through an anxious high school- and college-age crowd, consisting of all races, genders and persuasions.

As Gambino finally took the stage the crowd pushed closer and the mood swung from anxious anticipation to pure excitement. This was one of the first shows I attended without my parents and I was standing in the front row as Glover put on a live show that I won't forgot in multiple lifetimes.

He performed high-energy hits from “Camp” and an earlier mixtape “Culdesac” accompanied brilliantly by a groovy band. This was followed by an encore as he performed two new songs from the upcoming “Royalty” mixtape and freestyled to close the show and then greeted fans. Starstruck, all I could muster after briefly dapping him up was “Thanks for making music.” Glover briefly eyeballed the skinny 18-year-old white boy in cargo pants and a “Camp” T-shirt who had thanked him before saying “anytime” and slyly moving on.

In the euphoria of a postshow meet-up I couldn’t quite put into words why I was so thankful to Donald Glover. I wasn’t, however, just being polite. I really did mean it but it’s only now that I realize why I was so thankful. I really connected with his backpack hip-hop style and overall themes of feeling like an outsider as a white New Jersey suburban kid who’d fallen in love with rap.

I have seen a eclectic mix of hip-hop shows in the five years since, including YG, Rae Sremmurd, Lupe Fiasco, Fetty Wap, ASAP Ferg & Rocky, Wiz Khalifa and other even more monotonous and forgettable acts. I’ve come to realize that traditional shows with a DJ and MCs can be incredible with a talented MC. But musical experiences offered up by Chance the Rapper and Childish Gambino are on another terrestrial plane of symphonic consciousness.

Having seen Chance four times now and Gambino twice, there’s something downright enlightening about the symbiotic emotional transfer between the crowd and the performers during their shows. Both artists make it known that everything they’re giving onstage is an act of gratitude for the love they’re receiving from the crowd. Leaving one of their shows feels like you didn’t just watch a performance but that you were a genuine part of of the show and its success. As the sun went down on Saturday on Randall’s Island, I departed from my group of friends to prepare for Gambino’s set that night. After fighting my way through a packed and disgruntled crowd to gain access to the photo pit, I spent the next hour and a half standing offstage taking the entire moment in. I went backstage to photograph the set, but as I anxiously awaited the show I knew that this experience felt entirely different than that concert five years ago. For starters while the first one had been just a concert, this June show was a masterpiece of a production, complete with beautiful visuals and expert arrangements, exemplifying Gambino’s growth as an artist.

Just as Childish Gambino’s music has matured from that of an angry MC-DJ desperate to prove his hip-hop credibility to his recent timeless fusions of soul, funk, jazz and rap, I’ve also grown through listening to his music. That wide-eyed boy with a bright mind but no sense of direction in life who saw him in Philadelphia has evolved into a man, a professional, an artist. That boy with no idea of what he wanted in life has found his passion for photography and digital media, got a degree and a job in his industry and is doggedly working toward his goal of one day owning his own production company.

As Gambino finally took the stage on Randall’s Island, I became overwhelmed with nostalgia. As he ripped through classics like “Sober,” “3005” and  “Standing Tall” from his latest albums, I couldn’t help but consider how much I have matured since I started listening to him. The feelings only intensified when Gambino suggested that his next album would be his last. Although Glover has not further elaborated on this, since he has a TV program to produce and two major roles in upcoming Hollywood blockbusters, this could be the last we see of his alter ego Childish Gambino for some time.

Gambino’s crowd was huge despite the fact that he was playing at a smaller stage than Phoenix, the other headliner. This showman, Gambino, however, would not be outdone by anyone. As he seemed to near the end of his set, rather than playing his final song Gambino prompted the DJ to help him tell an impromptu story. “I didn’t want to do this show anywhere else because I love New York summer nights because it’s house party weather,” Gambino said.

He proceeded to tell a story of how at the end of a house party he had attempted to play the perfect song to get a woman to come home with him even as the host was trying to get him to leave. On Saturday after setting up a few songs with his Randall's Island DJ to demonstrate just how he tried to impress that woman, Gambino finally ended the story: The host brought him into her room to yell at him but then turned on the sexiest song to make love to.

And Saturday night just as Gambino concluded his spontaneous monologue, the fireworks ending the “Phoenix” set shot up into the air and Gambino started his finale with the sexiest song to make love to. So as I watched Glover brilliantly close out his set with the crowd-pleasing “Redbone” in perfect sync with the festival fireworks, I considered what the end of Gambino means. Donald Glover is a multitalented writer, actor, producer and musician, and having followed his career, I have no doubt he’ll succeed at anything he puts his mind to. Of course, as a long-time fan of his music, I had the eerie and exciting feeling of knowing I may have just seen his final set.

If this indeed is the end of Childish Gambino, I feel the urge to say again, “Thank you for making music.” Gambino’s work has matured in tandem with me, getting me through some of the toughest and key moments of my 23 years.

Gambino provided the soundtrack that enabled me to persevere and chase my goals, those long days of grinding through college course work and at my first job out of school working the graveyard shift. If I hadn’t had his music to help me through those pivotal moments, I might never have ended up doing photography at my first music festival. So if this is goodbye to Childish Gambino, then I want to express my sincere gratitude and appreciation — not only for the music but for providing the mirror that let me ponder my own reflection. I’m grateful that, through him, I saw how much I myself have grown these past five years and realized how much I’ve accomplished and how close I am to truly achieving my goals.