Corden explains how comedy is not only an appropriate medicine after terrible tragedy, but a necessary one 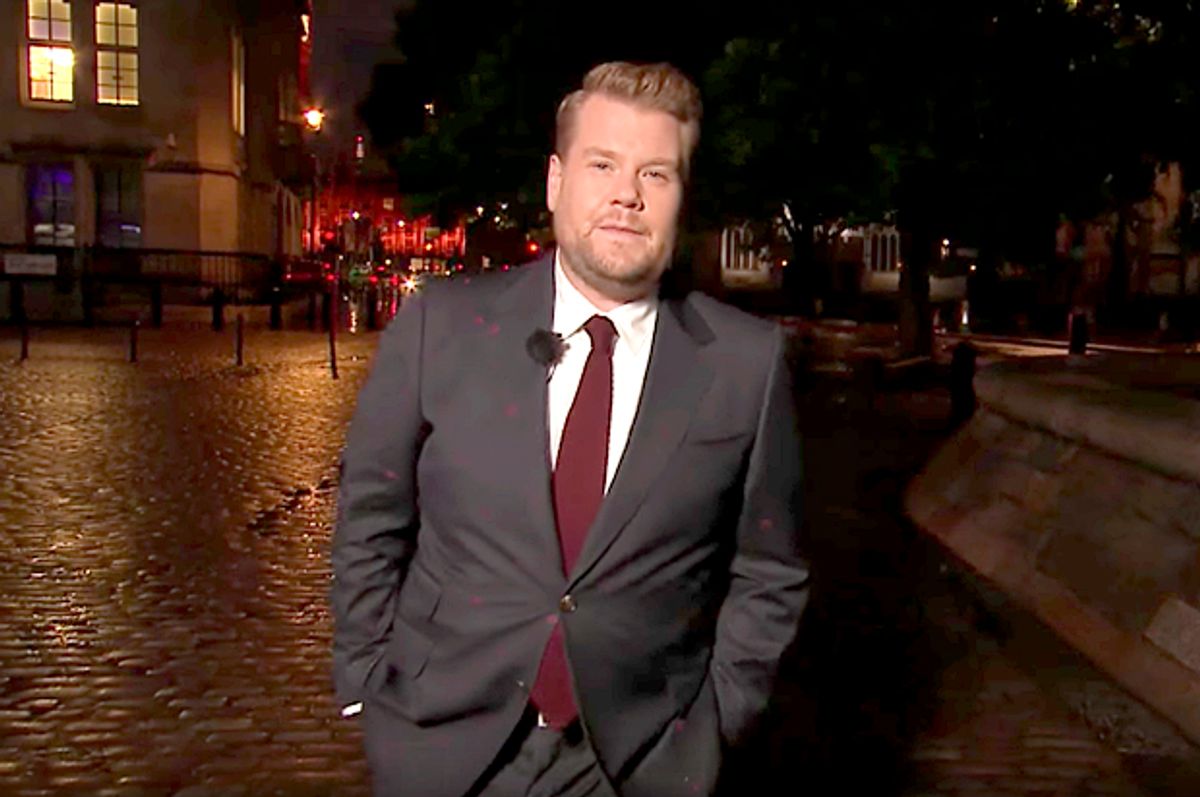 Filming a series of Late Late Show episodes in London may seem like an odd or even risky choice after the recent terrorist attacks in both that city and Manchester. As host James Corden pointed out, however, nothing could be further from the truth.

"Some people might say it’s a strange time to do a variety show from this city — I couldn’t disagree more," Corden explained on Tuesday night.

The comedian added, "We’re going to bring you the stupidest, most fun-packed shows we’ve ever made for you to celebrate London and Britain and everything it has to offer. And you know what: the people who carried out that attack would hate that, too."

One of the most notable skits from Corden's London appearance was when he and actor Sir Ben Kingsley performed Mary Poppins for James Corden's Crosswalk Theater. The gag is that Corden and other performers will act out famous musicals in the middle of the street while drivers wait at traffic lights, then run away once the light turns green. While Kingsley played the chimney sweep Bert, Corden tackled the role of Poppins herself.

Corden also had a blast playing carpool karaoke with musician Ed Sheeran, an interview most notable by them not only singing some of Sheeran's favorite songs together, but Sheeran nauseatingly attempting to see how much chocolate he can fit into his mouth (hint: a lot).