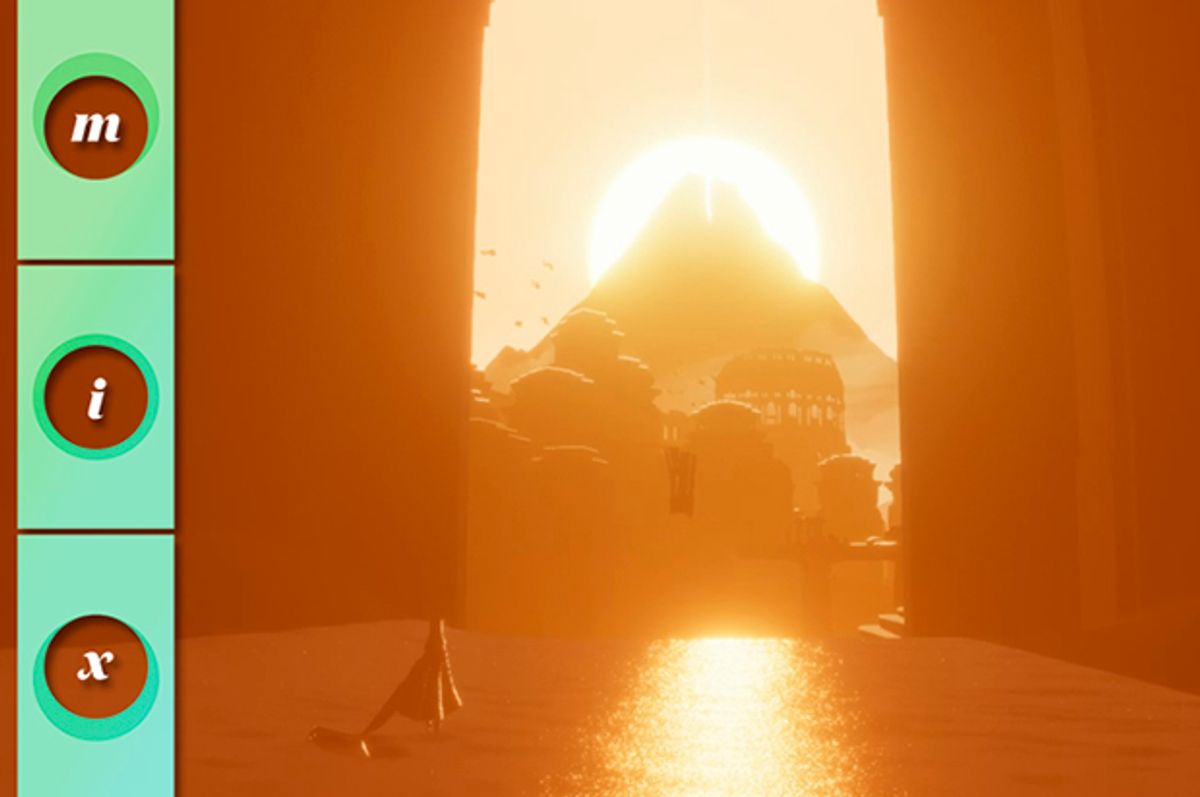 The popular acceptance of comic books as art underwent a moment of transformation in the 1990s, thanks to the publication of Art Spiegel's Holocaust allegory "Maus." Similarly, video games have become more complex and more diverse in scope since their early days in arcades. And just like any other art form, our understanding of their potential continues to evolve.

Many forms of art actively help cultivate empathy in their audiences; this is well-studied phenomenon. So can playing a video game teach someone what it's like to live in poverty, or as a refugee, or as a transgender woman? I say yes. Austin Walker, editor in chief of Vice's Waypoint, isn't 100 percent sold on the idea.

"I get where that gut feeling comes from, of course I'm playing the thing, it happened to me too, that means I must have a deeper connection than I would if I just read the story in a book or watched it on a film," Walker said. "But I don't know that the studies completely reflect that, the ones that I've read anyway."

"I love games; I run a website about games. I think that they are like those other things with some unique twists, but I don't know that like making me feel a certain way is a unique property of games," he added.

Sometimes, Walker says, the burden of fostering empathy in the audience falls on the shoulders of creators who might just want to make an entertaining game — or album or book or film, too. That's what he saw happening to filmmaker Jordan Peele, whose thriller "Get Out" was held up by many as a vehicle for understanding the Black American experience. Walker says he understands why that quality is valued in entertainment, but he has some reservations.

"It is just all so deeply frustrating to see work only framed in the notion of: What does this do for me as someone who does not come from that place? Again, I've been guilty of it, so I'm speaking penance here more than I am judging other people, necessarily," said Walker. "I get why that happens — humans are curious creatures who want to know more about the world, and it's great that we do learn things like that. But I want to make sure that when we come to works from marginalized creators, that we don't come bearing that expectation every time."

This conversation is part of a larger story. Read more and watch a video about video games that aren't just violence simulators.

Walker and I discuss the limits of art and agency and whether or not video games can make us feel like we understand someone else's life. Listen to our conversation here: