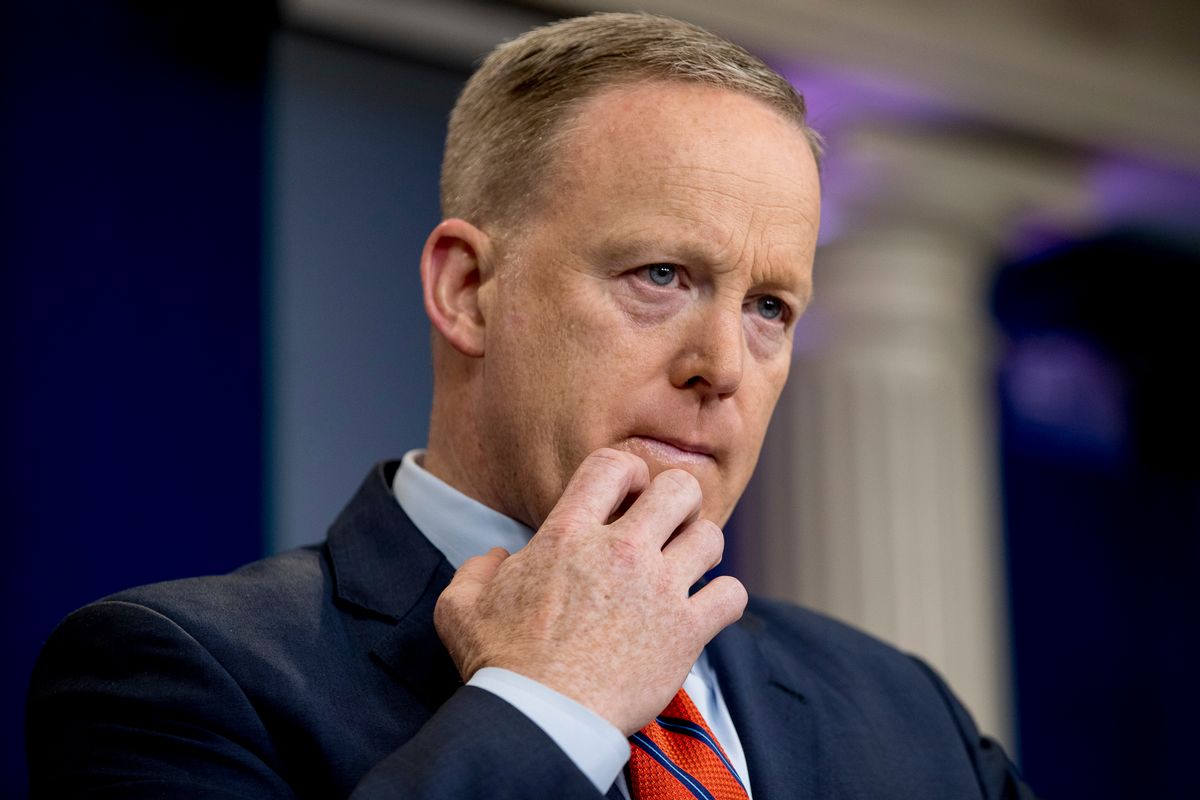 White House press secretary Sean Spicer admitted on Tuesday that — despite past administration claims to the contrary — President Donald Trump's tweets should indeed be considered as "official statements."

When a reporter mentioned the possibility that some of Trump's tweets on the so-called travel ban could hurt his administration's court case, Spicer insisted that "the court should follow the law. And I think the danger is real, the law is clear, and there's no question that we should prevail at the Supreme Court."

Spicer's position somewhat undercuts a complaint made by White House counselor Kellyanne Conway on Monday. During an appearance on "The Today Show," Conway was confronted with a tweet issued by Trump that criticized London Mayor Sadiq Khan with a quote that had actually been taken out of context. As the exchange became increasingly heated, Conway complained that the media has "this obsession with covering everything he says on Twitter and very little of what of he does as president."

When co-host Craig Melvin observed that this seems to be one of Trump's preferred ways of communication to the broader public, Conway insisted that "that’s not true."

Many critics have pointed out that the media has allowed itself to be manipulated by Trump's incessant tweeting.