Texas Democrat plans to file for impeachment against Trump

Rep. Al Green of Texas is accusing Trump of obstruction of justice 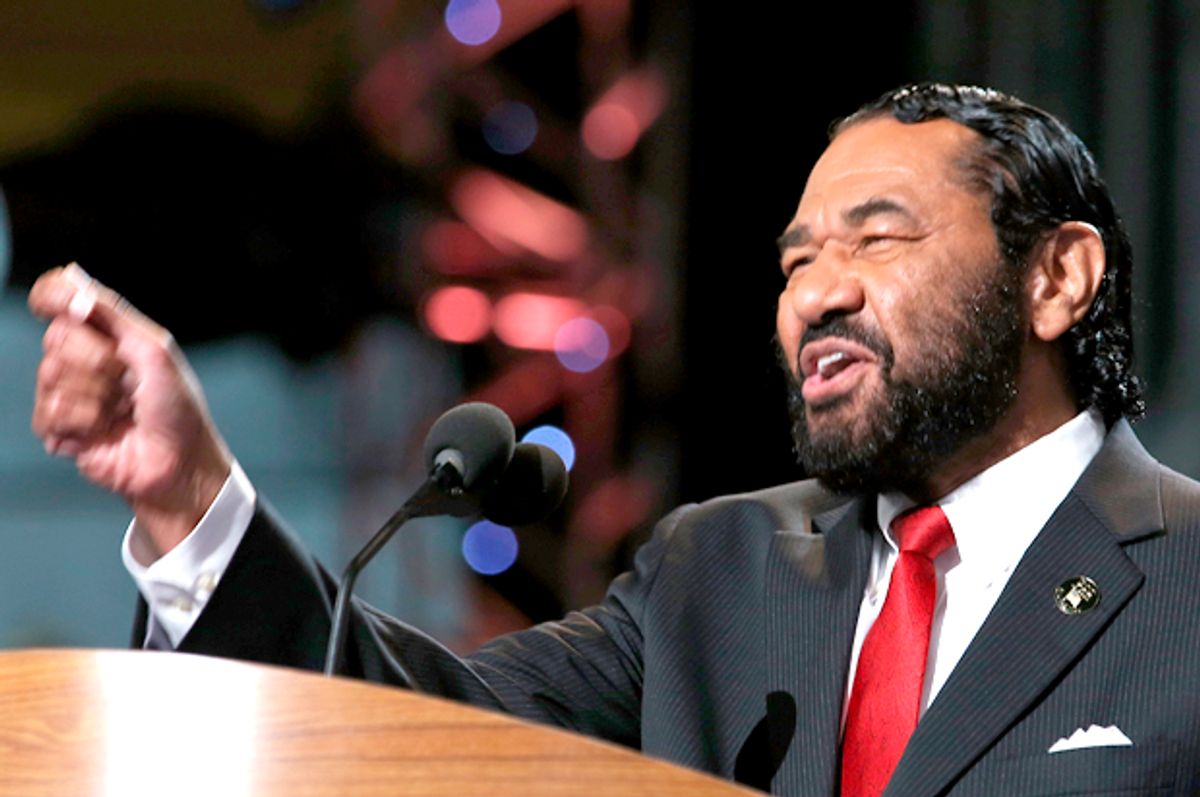 A Democratic congressman isn't waiting until former FBI Director James Comey testifies on Thursday. He is drafting articles of impeachment, even if the leaders of his own party are reluctant to join him in doing so.

During a speech in May on the subject of Trump's possible impeachment, Green said that Trump "must be impeached."

While House Minority Leader Nancy Pelosi admitted earlier this week on ABC's "The View" that Trump's alleged conversation with former FBI Director James Comey regarding the Russia investigation may have been "obstruction of justice, flirting with it, in any event," she also insisted that discussions of impeachment would be premature.

"When that word comes up, I always say to my colleagues in the Congress, my constituents, and people across the country what I said before: Anything you do has to be based on data, evidence, facts," Pelosi said. "So you can speculate but it's got to be the law and the facts and how they match up."

"Let's all take a deep breath, let's just calm down as a country. This is a very serious matter," Pelosi said.