After that "Big Little Lies" abuse scene, Nicole Kidman got violent herself

The famously reserved actor opens up about the emotional, shocking fallout of the series' most disturbing scene 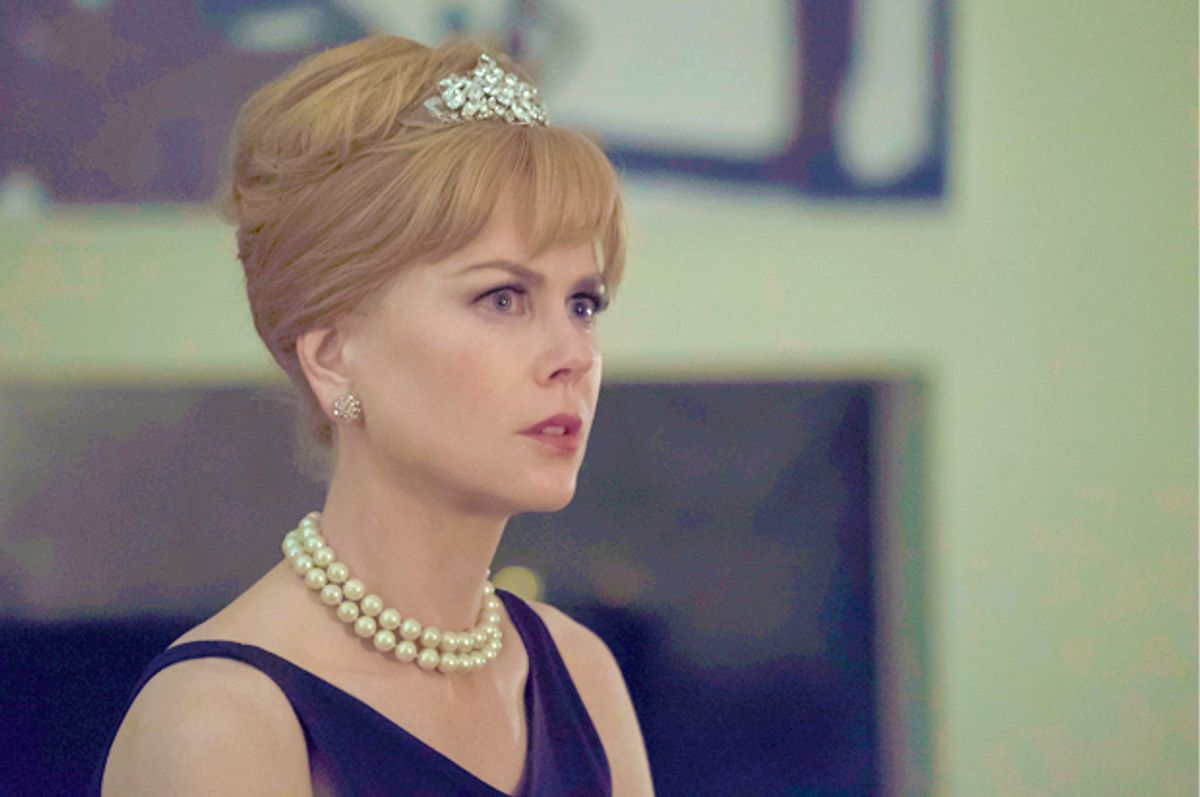 More so than perhaps most actors, Nicole Kidman has always forwarded a sort of kind, yet steely, reserve in public, often displaying her emotions on screen as opposed to off. It's served her well.

As she revealed in a Hollywood Reporter roundtable, however, one scene she filmed for the recent HBO series, "Big Little Lies," however, saw that reserve crumble in a fully understandable, but shocking, way.

During the roundtable — which included Oprah Winfrey, Elisabeth Moss, Jessica Lange, Chrissy Metz and Kidman's co-star in the HBO show, Reese Witherspoon — talk turned to the opening scene of the season finale of "Big Little Lies".

The scene portrays Kidman's character writhing on the floor towards the end of a vicious beating delivered by her onscreen husband, played by Alexander Skarsgård. The most brutal moment in a narrative that focused on a very realistic cycle of domestic violence, it was deeply disturbing not only for viewers, but for the actor as well.

After speaking about the difficulties of filming various emotional, physically painful — a process that required extensive care and back-and-forth with her director, producer and screenwriter — Kidman turned to the final episode.

"I remember lying on the floor in the last episode," she said, "being in my underwear and having just been really thrown around. I just lay on the floor. I couldn't get up. I didn't want to get up. And I remember [directorJean-Marc Vallée] coming over and putting a towel over me in between the takes because I was just like . . ." The actor trails off.

She continues, "I just felt completely humiliated and devastated. And angry inside. I went home and I threw a rock through a glass door."

Witherspoon interjects, We were staying at a hotel and she called me and she says, 'I've just done the craziest thing.' She got home from work and she had one of these horrible scenes and she goes, 'I couldn't get into my hotel room so I threw a rock through the window.' And she goes, 'I don't do stuff like that.'" Indeed, that rawness is not the sort of thing most of us associate with Nicole Kidman.

"I was obviously holding all that rage and what had been done," says Kidman. Lange adds, "The amazing thing about being an actor is that your body doesn't understand that it's make-believe . . . everything is internalized in that way — that rage, sorrow, grief, whatever. And it seeps into the marrow of your bones, and every molecule is actually believing that this is happening — no matter what the mind is telling it."

The discussion is both a telling sign of how dedicated Kidman was to portraying the realistically traumatized character and the fact that domestic is so profoundly painful that even a mere, artificial simulation of it — albeit a good one — can shake a trained professional.

The roundtable, with its discussion of these and other powerful issues female actors encounter, is worth reading in full here.