"Prison sentences are not like penises": Samantha Bee takes down Jeff Sessions and his war on drugs 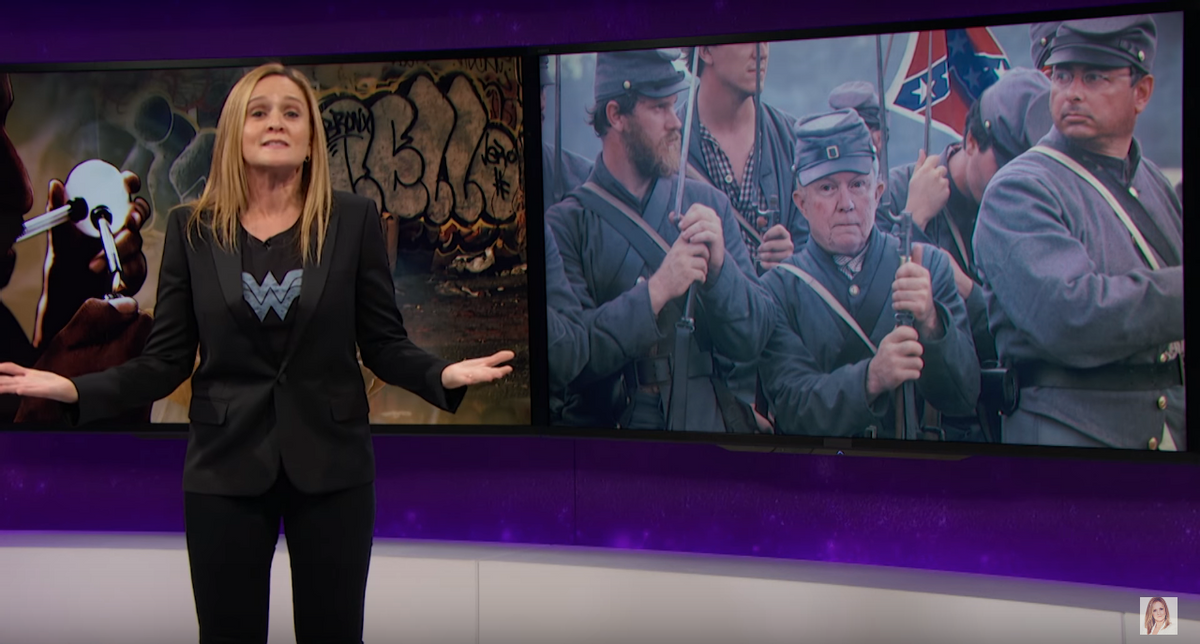 As all of America prepared for James Comey's testimony Thursday before the Senate intelligence committee, "Full Frontal" host Samantha Bee pivoted and dedicated most of her show Wednesday to the war on drugs the Trump White House is reviving.

"While the legislative branch's baby proofing is holding up, the executive side still offers Donald Trump unfettered access to all the matches, oily rags and flammable chemicals he needs to burn down society. His latest co-arsonist? Apple-cheeked hate-goblin Jefferson Beauregard Sessions," Bee said to start her monologue.

The late-night comedian then told an appropriate phallic joke that perfectly encapsulates the problem with mandatory minimums:

"Sessions doesn't realize that prison sentences aren't like penises. Longer isn't always better. 7 inches, sure. 56 inches? That is not good for anyone."

Bee argued that the worst weapon in the decade-long war on drugs has been mandatory sentences, "America's worst idea since mandatory farmer jobs," she said.

"Nobody knows why Jefferson is obsessed with his war on drugs," Bee added. "Maybe he just likes reenacting old battles that he lost. Or maybe that it stems from the time he experimented with a mysterious drug that wound up shrinking him to his current fun-size stature. Whatever the reason, Sessions insists his one-handcuff policy is the answer to the opioid epidemic."

The former "Daily Show" correspondent had to reference "Harry Potter" when she addressed the attorney general personally to ender her monologue.

"Nobody's with you on your make America incarcerated again, Dobby," Bee said. "Let's hope that today's rumors are true and that your cranky boss is about to throw a dirty sock at you and set you free — otherwise we are going to have a crowded Azkaban."