Watch the throne: The first "Black Panther" poster stares you dead in the eye

Chadwick Boseman is for real 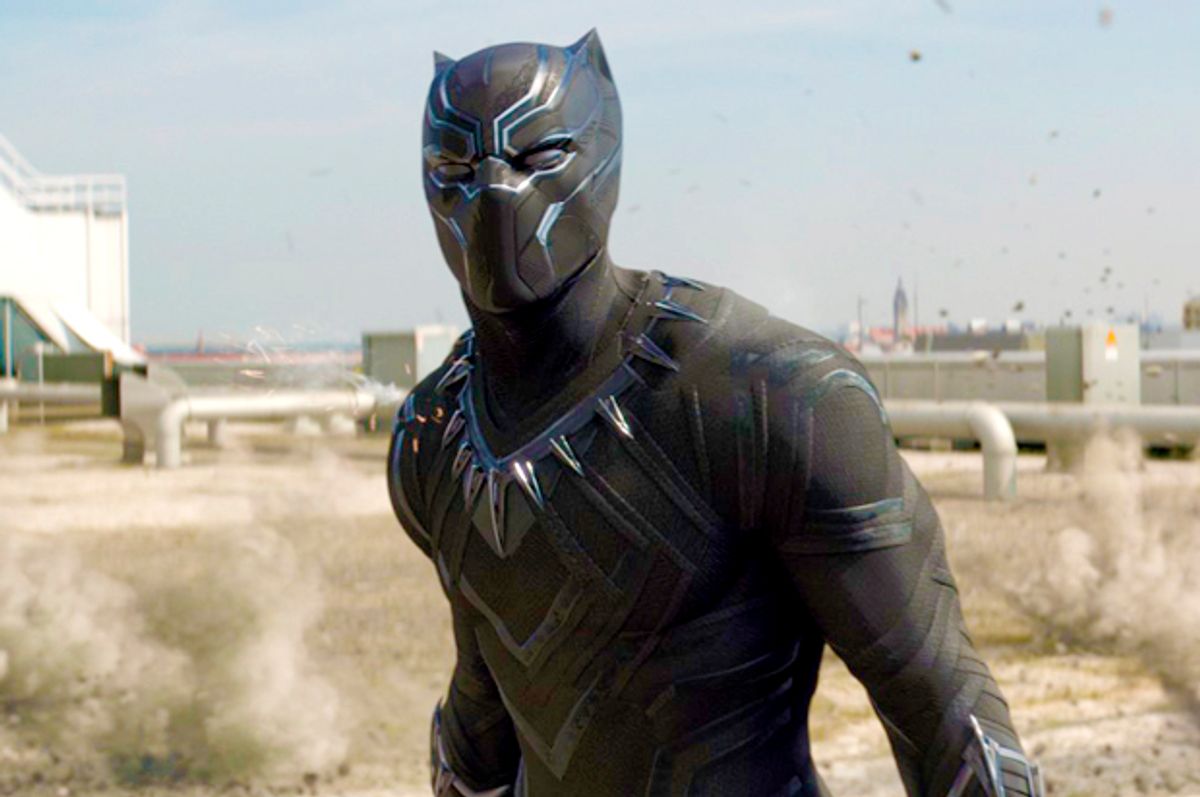 The new poster for "Black Panther" has been released and it is fire.

The poster is being released in anticipation of the premiere of the teaser trailer, which will air during the NBA Finals tonight, according to Deadline Hollywood. More than anything else, it's nice to see the star of the first big-budget adaptation of a major Black superhero from a leading publisher staring down the viewer — strongly, regally — from a throne.

Although this will be the first major motion picture focusing on the Black Panther character, it will not be the first time he has appeared on the big screen. Chadwick Boseman's depiction of T’Challa was first introduced to audiences last year in "Captain America: Civil War," where T'Challa's father — the king of the fictional African nation of Wakanda — was killed in an explosion at a conference in Vienna to sign the Sokovia Accords. Those accords play a major part in the political struggles of the Marvel Cinematic Universe, since they involve thorny questions about the proper role of governments in regulating superhero activity.

While "Captain America: Civil War" was a smart and politically complicated film, it remains to be seen whether "Black Panther" will be similarly bold. Certainly the movie has the opportunity to broach political issues, given that its protagonist is the leader of a wealthy and powerful country.

It is also directed by Ryan Coogler, who while best known as the director and co-writer of "Creed" (the seventh installment in the "Rocky" series), also directed and wrote a powerful film called "Fruitvale Station." That movie was about the death of Oscar Grant, a 22-year-old African American man who was shot by an Oakland police officer despite being unarmed.