It's a good week for Democratic House candidate Jon Ossoff 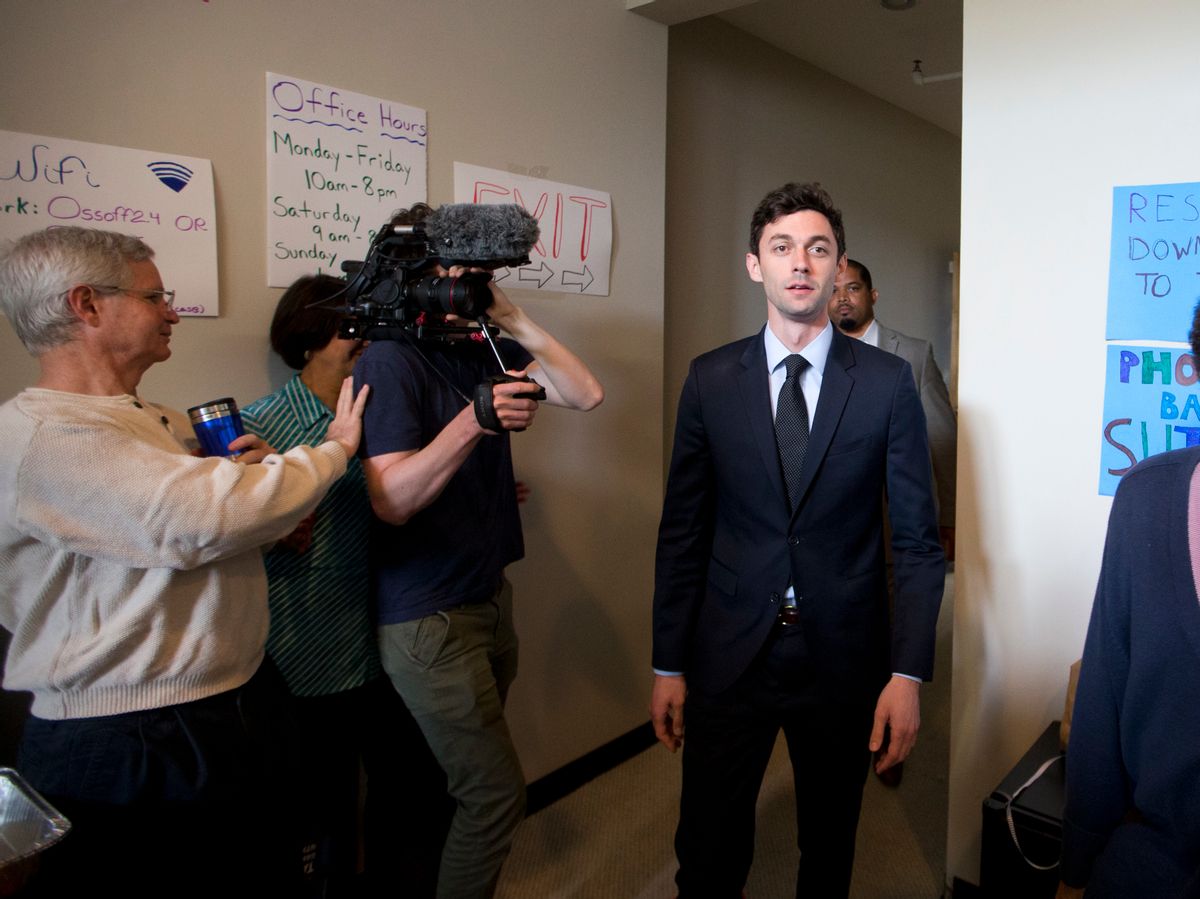 The Democratic candidate in the Georgia special election, Jon Ossoff, now has a slight lead over Republican candidate Karen Handel in a poll released after their recent televised debate.

Ossoff is ahead of Handel, 51 points to 44 points among likely voters, according to a poll by the Atlanta Journal-Constitution. Five percent of voters remain undecided and the poll has a margin of error of 4 points, meaning things are still tight for Ossoff despite his narrow lead.

As the Journal-Constitution notes, most other polls show a much closer election. For example, a poll taken by WSB-TV and Landmark Communications after the Tuesday night debate found Ossoff ahead of Handel by 49.6 percent to 47.1 percent. Because the margin of error is 4.78 percent, a Landmark Communications pollster said this really makes the race too close to call.

In response to a question about the minimum wage, Handel replied that "this is an example of a fundamental difference between a liberal and a conservative. I do not support a livable wage."

Instead Handel juxtaposed the prospect of raising the minimum wage to instead supporting "an economy that is robust with low taxes and regulation."

The Democratic Congressional Campaign Committee responded to Hendels' comment with an email saying that "even after 15 years running for office, Karen Handel couldn't resist admitting she's against a livable wage."