Have the people of Kansas not suffered enough under Sam Brownback? 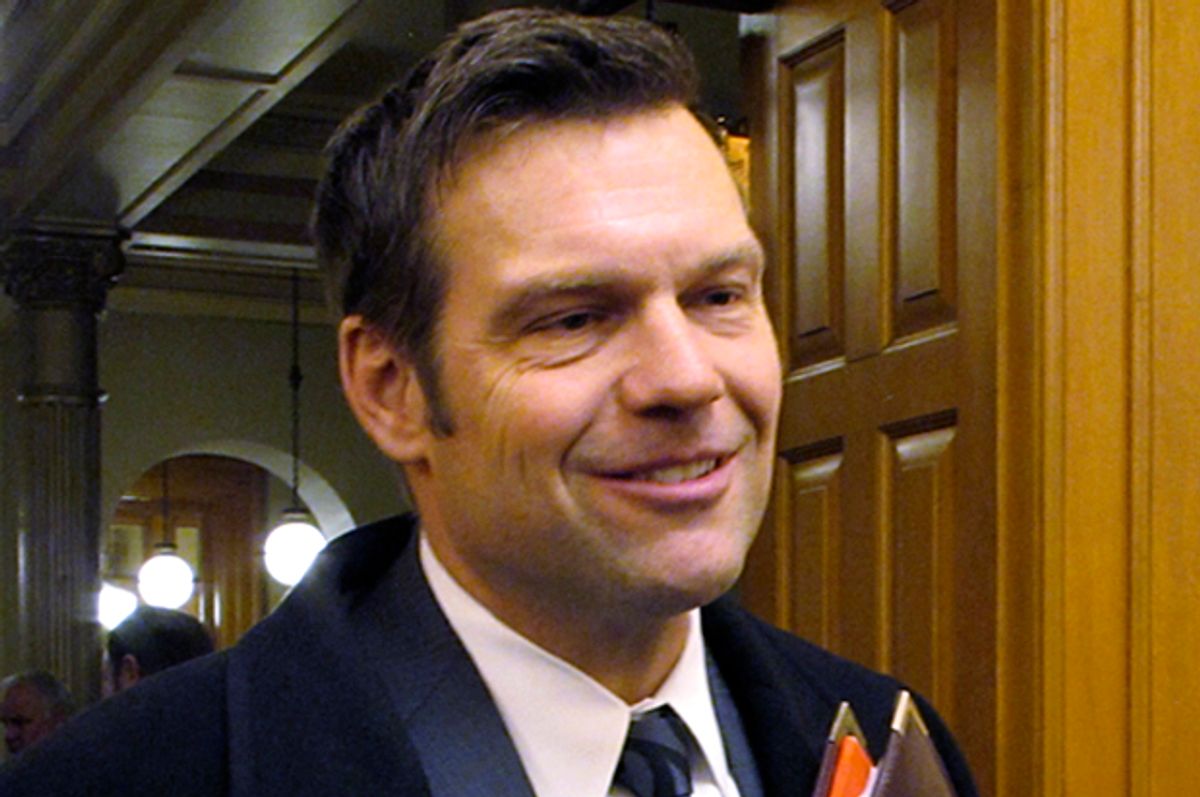 A man notorious for bogus claims of voter fraud now wants the voters of his own state to elect him as their governor.

On Thursday Kansas Secretary of State Kris Kobach announced that he was running for governor, according to the Kansas City Star.

During a speech at his kickoff event, Kobach focused on illegal immigration, citing statistics from the Federation for American Immigration Reform, which the Southern Poverty Law Center has labeled an extremist group.

"“We are also the only state in the five-state area that rewards illegal immigration by giving in-state tuition to illegal aliens when our own students are barely able to afford college," Kobach said. "I don’t know what I’m going to do when these five get old enough to go to college."

As he uttered that line, Kobach motioned toward his five daughters.

But in fact, only 686 undocumented immigrants took advantage of the program in question, not nearly enough to have a major impact on the state budget.

An immigrants' rights advocacy group known as the Fair Immigration Reform Movement condemned Kobach's candidacy, arguing that he "is an Architect of Hate and he’s relied on hate and fear to financially profit as he advanced and defended policies aimed at severely restricting immigration in the United States."

In addition to his anti-immigrant positions, Kobach is famous for being appointed by President Donald Trump to serve as vice-chair of a commission to investigate alleged voter fraud. Kobach has long advocated tightening voter restrictions in ways that would disproportionately impact minority voters under the guise of stopping fraud.