A labor movement is brewing within the tech industry

The drive to organize service workers and contractors is in full swing, and programmers may be next 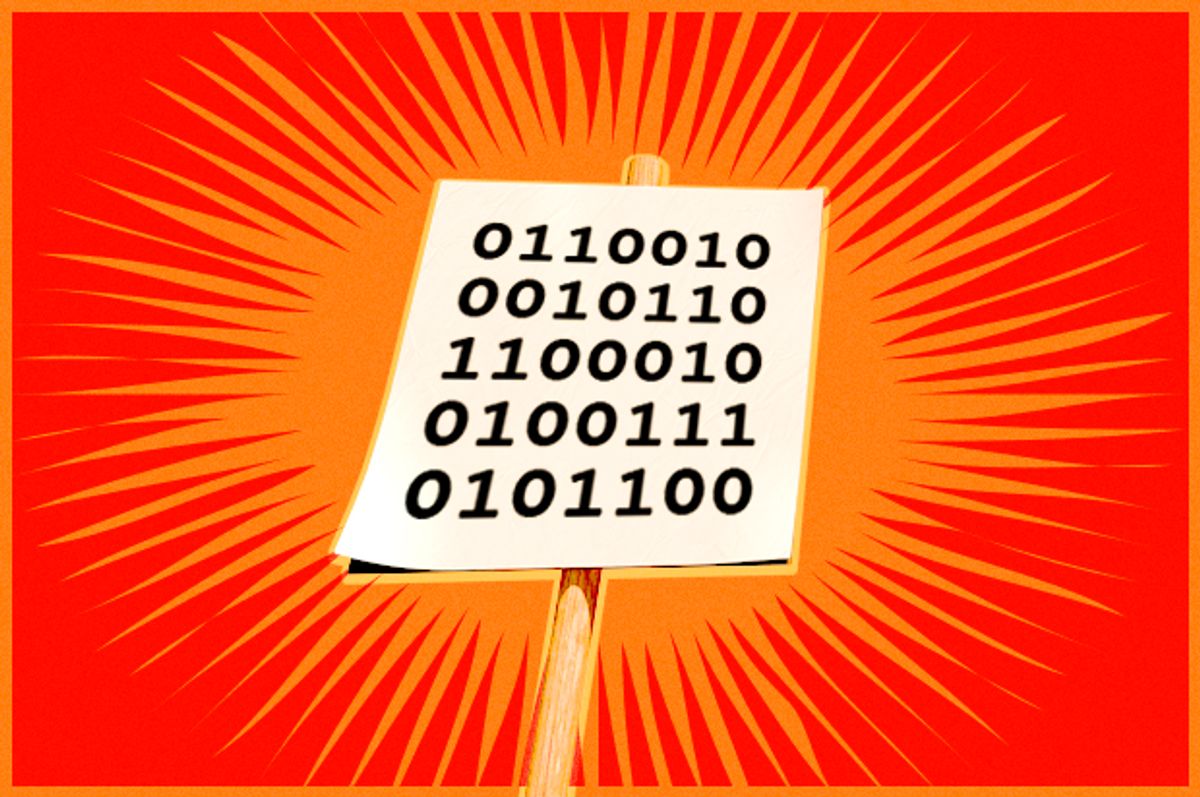 In a running joke in the HBO series “Silicon Valley,” techies repeatedly bray that they’re trying to “make the world a better place.” The mantra may be a satirical swipe at the hubris permeating the U.S. technology sector, but like all satire, it’s not that far from the truth.

As Silicon Valley is increasingly bifurcated into haves and have-nots, labor rights activists are becoming more vocal about the need for these tech companies to “make the world a better place” for the tens of thousands of low-wage contract laborers that make it possible for technology companies to function.

“When you think of the perks of working in the Valley, you think of this idea of 24-hour food service and all these crazy food options that tech companies are known to offer up,” Jeffrey Buchanan told Salon. “What’s often not discussed is that the people who provide those services are amongst the lowest paid workers in the region. But they’re working for some of the biggest and most successful and profitable companies on the globe.”

Buchanan is director of policy at Working Partnerships USA, which co-founded Silicon Valley Rising, a two-year-old labor rights group that highlights the plight of security officers, food-service workers, janitors and shuttle-bus drivers in the region. These employees typically work for contractors, earning as little as $20,000 a year. Contract employees also have fewer benefits than directly hired workers, and they face less income security. Workers who shift to contract labor, or move from one contractor to another, can find the wages they’ve built up over time reduced, sometimes by as much as $10 an hour.

Meanwhile, they’re getting pushed further and further away from their job sites in search of affordable housing. When private shuttle-bus drivers began unionizing efforts with the Teamsters in 2014, stories emerged of drivers who were forced to sleep in their cars because of erratic scheduling practices that didn’t give them time to go home to rest.s

The situation among Silicon Valley’s low-wage contract workers has become so perilous that in January, thousands of security guards working at immensely profitable companies like Facebook and Cisco followed the shuttle-bus drivers and voted to unionize in an effort to collectively bargain for higher wages and better benefits.

The upcoming labor contract negotiations between the roughly 3,000 security guards (represented by SEIU United Service Workers West) and their employers is one of the biggest developments in Silicon Valley labor organizing to happen this year.

Buchanan says there’s also a broader push this year to get tech companies to be proactive in ensuring these workers can make ends meet, even if these companies have to pay more for the services they procure.

“On paper, the employer is not the tech company, but the tech company is setting the terms of employment and has the ability to set the standards for what it thinks working conditions and pay should be for these workers,” Buchanan said.

Efforts to get C-suite executives at tech companies to take more responsibility for the treatment of contracted service providers are also taking aim at the hospitality industry.

Matt Schaefer, a software developer and an organizer at the labor rights advocate Tech Workers Coalition, says his group is pushing companies to commit to using hotels with unionized staff when employees are sent to the many conventions the industry hosts every year.

Because of the constant churn of startup activity in the valley, it’s difficult to get a specific number of people working in low-wage occupations who contract with tech firms. A paper published last year by University of California at Santa Cruz researchers Chris Brenner and Kyle Neering estimates between 19,000 and 39,000 contracted service workers are employed in the Valley at any given time.

And that number is likely to increase: An additional 78,000 workers are at risk of becoming contract employees, according to the study, a number which includes administrative assistants, sales representatives and medium-wage computer programmers. This is part of a larger societal shift in which salaried workers are converted to contractors — a transition that benefits business owners, in that they don’t have to pay benefits and can hire and fire contractors at will.

Brenner and Neering found that the number of Silicon Valley contract workers has tripled over the past 24 years, led by food-service workers. Activists say these workers make up the largest, lowest paid and most vulnerable group. And unionizing may be the best hope for contractors to  improve their job conditions.

There’s a racial and ethnic aspect to this problem, too. While only 10 percent of directly hired tech employees are African-American or Latino, according to Silicon Valley Rising, nearly 60 percent of low-wage contract employees are members of these minority groups. And many of the lowest paid workers are women of color serving food to the predominately white, well-paid tech employees.

Meanwhile, there’s a seemingly endless amount of cash flowing through the industry, with the biggest companies reaping more than $100 billion in annual profits. Growth-oriented startups that aren’t making money are accessing billions of dollars in venture capital every year to fund the benefits needed to attract high-skilled talent. Those complimentary meals and workout spaces are maintained by workers who, activists like Schaefer and others argue, should be getting a fairer share of the funds pouring into the sector and the local economy. The best way to do that, they say, is to find lower-level employees inside these companies who are willing to put pressure on company executives to pay more attention to the problem.

So far, with the help of union organizing efforts and the protests of affected workers themselves, there seems to be some traction — at least at the grassroots level — to get tech companies to respond.

“It takes a little bit of time before you start talking to executives or lawyers about this,” Schaefer said of the “fair hotel” drive. “One of the benefits of doing campaigns like this is these are not really difficult demands. It’s a way for us to understand how to change companies. It’s a learning experience, really.”