Come together, right now: "Orphan Black" sets the stage for its final season

As the fifth season kicks off it proves it's worth figuring out, even just to see how it all ends 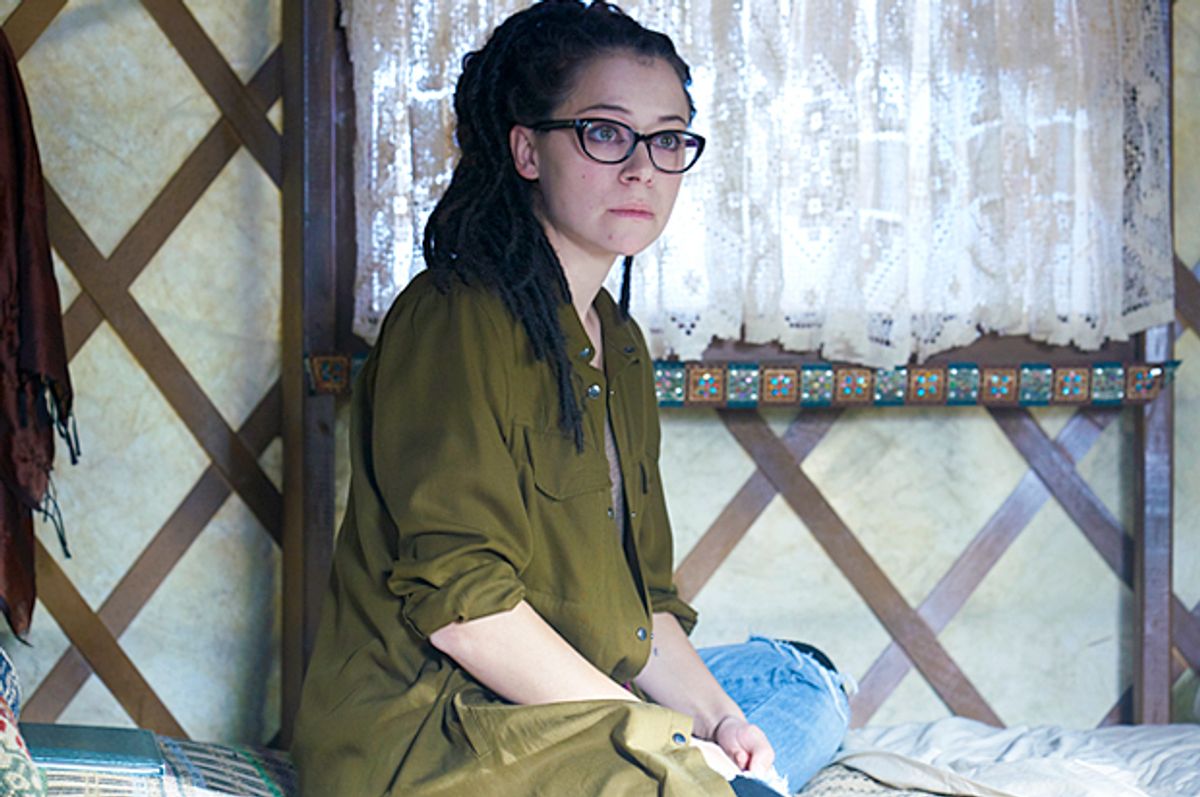 BBC America's "Orphan Black" has tangled into such complexity that it may be impossible to understand what's going on as it heads into its fifth and final season. This is true even if you've kept up with the story. Granted, the plot of "Orphan Black" is not snarled on the scale of, say, the opening episodes of the new "Twin Peaks," or Neo's convoluted but crucial exchange with The Architect in "The Matrix Reloaded" or anything like that.

But it is a serialized tale that counts on its viewers having seen every episode and knowing what the heck is going on with its clone madness and the Neolution conspiracy. Graeme Manson and John Fawcett will never apologize for the level of intricacy they've incorporated into the series -- nor should they. But as the fifth season kicks off Saturday at 10 p.m., a person simply must acknowledge that it is impossible to drop in cold and fully appreciate what "Orphan Black" is, what its creators have wrought and, moreover, the astounding versatility of its star Tatiana Maslany.

Even the poor souls who have never seen "Orphan Black" can appreciate the breadth of Maslany's portrayal of various versions of women with the same DNA, starting with the streetwise Sarah Manning and expanding from there.

Maslany also plays a high-strung soccer mom, Alison Hendrix; a microbiologist named Cosima Niehaus, a Ukrainian assassin named Helena; a shallow, self-obsessed woman named Krystal Goderitch; a mysterious Finnish clone known as MK; and a frigid, British company woman named Rachel, who was raised to be the face of the sinister outfit behind the Neolutionists. That's not even the full list of clones but merely the ones seen recently and regularly.

But on top of these clones came the show's CASTOR models, the male clones raised in a militaristic environment emphasizing unity and brotherhood. The female clones, created under the umbrella of Project LEDA, are scattered throughout the globe. Only a handful of them are self-aware, and a number of them died before the series began.

Even rarer are the ones who can procreate; Sarah has a child, Kira (Skyler Wexler), the only progeny of a clone who was conceived naturally and demonstrates preternatural abilities. Helena, meanwhile, is artificially implanted with fertilized eggs and is expecting twins.

Purely addressing the logistics that go into "Orphan Black" takes a sharp memory and access to a number of Wikia sites if only to remember who did what to whom where, and why it happened. And that's a lot to ask of a viewer at a time when there are hundreds upon hundreds of new series to choose from that are far simpler to maintain a handle on.

And yet. The sheer thrill of "Orphan Black" sprouts from how certain it is in its identity, even surer — if that's possible — than Maslany is when she switches between personalities or, even better, portrays a clone playing another clone, laying one fictionalized psyche on top of another and operating with absolute and plausible command. It is because of her, and the writing, that "Orphan Black" is one of the few series that's worth picking up from the start, or picking up again, and seeing through to its finish.

Manson and Fawcett did not create a flawless show in "Orphan," and in all honesty, the introduction of the male clones (played by Ari Millen) muddied the thriller's focus in seasons 2 and 3. But the writers gathered the loose skeins of those stories, wove them together into a frightening thread over the course of season 4 and have resumed the series' contribution to the discussion of reproduction and control. As the fourth season ends, Cosima's cure for the auto-immune disorder engineered into the LEDA clones' DNA falls into Rachel's hands. This new season starts with several key characters wandering in the woods, and Cosima, for her part, awakening at a research commune called Revival. It's a creepy place whose occupants cling to the word of P.T. Westmoreland as if the 170-year-old Neolution founder were a holy figure.

Even if that were true, Revival's agenda is presently being set by Rachel, who now believes that her only purpose is to fulfill the promise of Neolution, even if that means selling out her sisters, aka the "sestras."

Lift the veil of action and humor (the latter of which Jordan Gavaris provides as Sarah's foster brother and ally Felix), and "Orphan Black" is really a story about a woman's struggle to determine and control her reproductive agency. The tale doesn't veer into the stark and dire territory of "The Handmaid's Tale," but as the story draws toward its end, it reframes its original questions about the power and consequences of creation by adding new wrinkles to ponder that echo current conversations about feminism and a woman's right to choice.

Specifically, what is to be gained by exercising total control over the actions, personalities and reproduction of others? If a certain segment of the population can be used to better humanity as a whole, what is the harm in harnessing their abilities? Isn't sacrificing the agency of a select few worthwhile if millions benefit? Moreover, are sisterhood and feminism fairy tales women use to comfort one another in order to hide their fears of bucking the status quo or to mask a desire to be elevated within a patriarchal system?

All of these concepts play out in ways that are exciting to witness, but the relationships between the various clones and the people around them are what grant "Orphan Black" a level of humanity other science fiction series lack. And they've made the audience care deeply about the humanity of these manufactured beings, and curious to see what their unified struggle wins for them in the end.