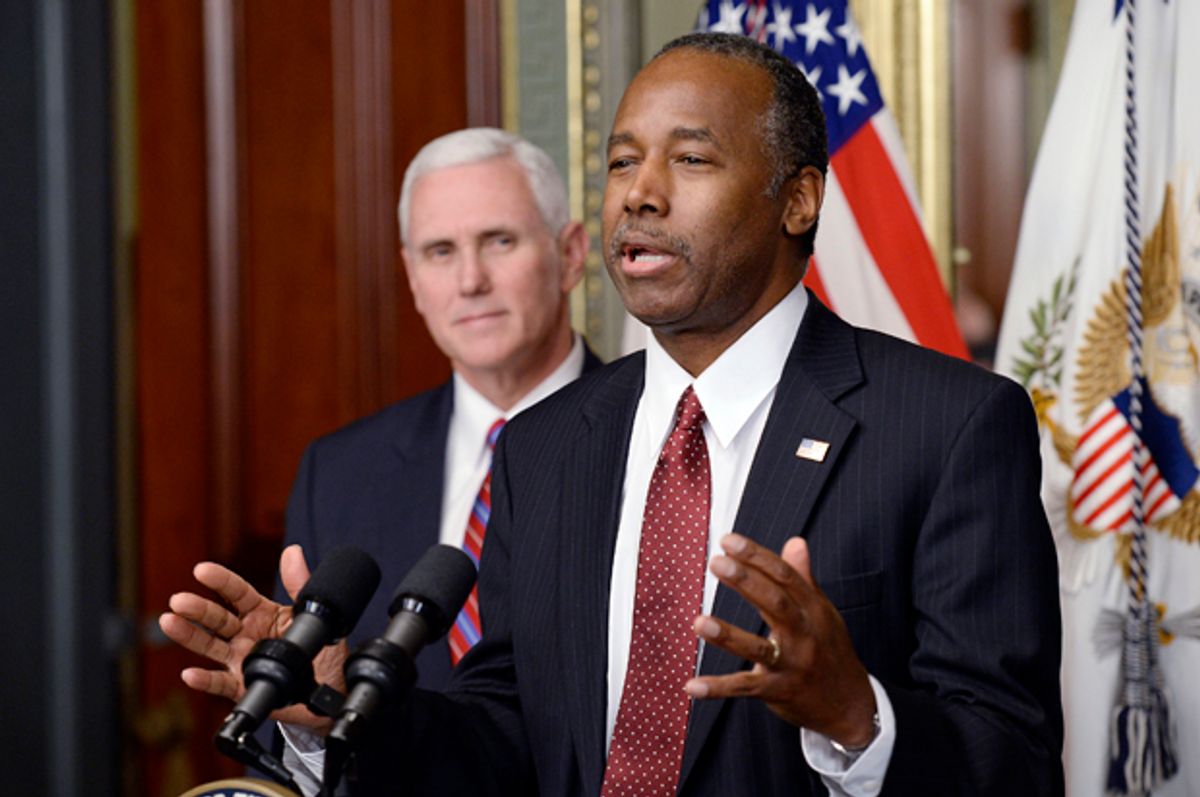 New research explores this question, which appears timely, especially as the Trump administration proposes to cut $7.4 billion — about 15 percent — from the Department of Housing and Urban Development’s budget, and HUD Secretary Ben Carson argues that too much government assistance fosters dependency and perpetuates cycles of poverty.

The study, published Monday in the journal Health Affairs, found that receiving housing assistance from the federal government — through vouchers, public housing and subsidies for so-called multifamily homes — also increased people’s likelihood of having health insurance and access to regular care. These findings add to a growing body of evidence that suggests stable housing — in particular, the kind of federal housing assistance now on the chopping block — could help its recipients better manage their health.

“This income boost people are getting through housing assistance can free up scarce resources to be spent on other things,” said Andrew Fenelon, an assistant professor at the University of Maryland’s School of Public Health and one of the paper’s authors. “We haven’t had [before] this clear evidence that these housing assistance programs . . . actually lead to improved health.”

To figure this out, the researchers used a nationally representative sample of non-elderly, non-disabled adults surveyed from 2004 to 2012. Using data collected by HUD, they checked whether people with housing assistance got insurance and medical care. Those responses were then compared with responses to the same survey given by people who did not have housing at the time of the survey but qualified within two years — respondents with presumably similar life circumstances.

The findings: Of people who received federal aid, about 31.8 percent lacked health insurance, compared with about 37.2 percent of those who would later qualify. People with aid were also more likely to get medical care when needed.

As policymakers consider both health care and housing, that link suggests investing in these assistance programs could yield benefits on both fronts. Lawmakers are already looking for ways to improve access to health insurance and care. But the Trump administration’s proposed HUD budget, experts say, would result in $1.8 billion in cuts for public housing — an area some worry is already under-resourced — and could eliminate about 250,000 housing vouchers. The budget has already elicited criticism from both sides of the aisle — with multiple Republican senators calling it “dead on arrival” — but, some say, it could generally indicate policy areas that are most vulnerable in the administration.

“The cuts that are proposed in the budget will mean more people are struggling to find affordable and stable housing,” said Elizabeth Kneebone, a fellow at the Brookings Institution’s Metropolitan Policy Program. “This study suggests that can also have effects on other things, like access to health care and health insurance.”

Martha Weatherspoon, an Avon sales representative in Clarksville, Tenn., understands this reality. Weatherspoon, 54, has lived in public housing since 1997. If the proposed funding cuts happen, she would have to move to Florida, she said. There, she has family and thinks she would have better luck finding something affordable.

Weatherspoon said relocating is an option because she no longer has to provide housing or health insurance for anyone else. Her only child is now an adult, with her own home and income. But many of her neighbors, who work minimum-wage jobs and have families, don’t have this flexibility. They rely on these subsidies.

The funding cuts would not just crowd out people’s budgets for health insurance and care, Kneebone said, they would stoke the need for those very services. If people don’t have a regular, stable home to go to — or if that home isn’t properly maintained — they can become sicker, physically and mentally.

And federal allocations to public housing and housing assistance have shrunk in recent years, so public housing already faces issues when it comes to regular upkeep. Meanwhile, research increasingly suggests where one lives influences health and health needs.

For instance, Weatherspoon’s daughter is asthmatic, a condition that may have been exacerbated by the quality of their housing — a unit more than 60 years old that, to her recollection, has not been renovated while she has lived there.

“A lot of folks in public housing — the kids do have a medical condition,” she said. Many homes, she added, have black mold in the walls, which is toxic. If the government puts even less into maintaining public housing than what’s already put in, she asked, “will it be safe?”

The result is a double bind of sorts, Fenelon said. Just when people have fewer free dollars to pay for health care, their health worsens — meaning their need for care is even greater.