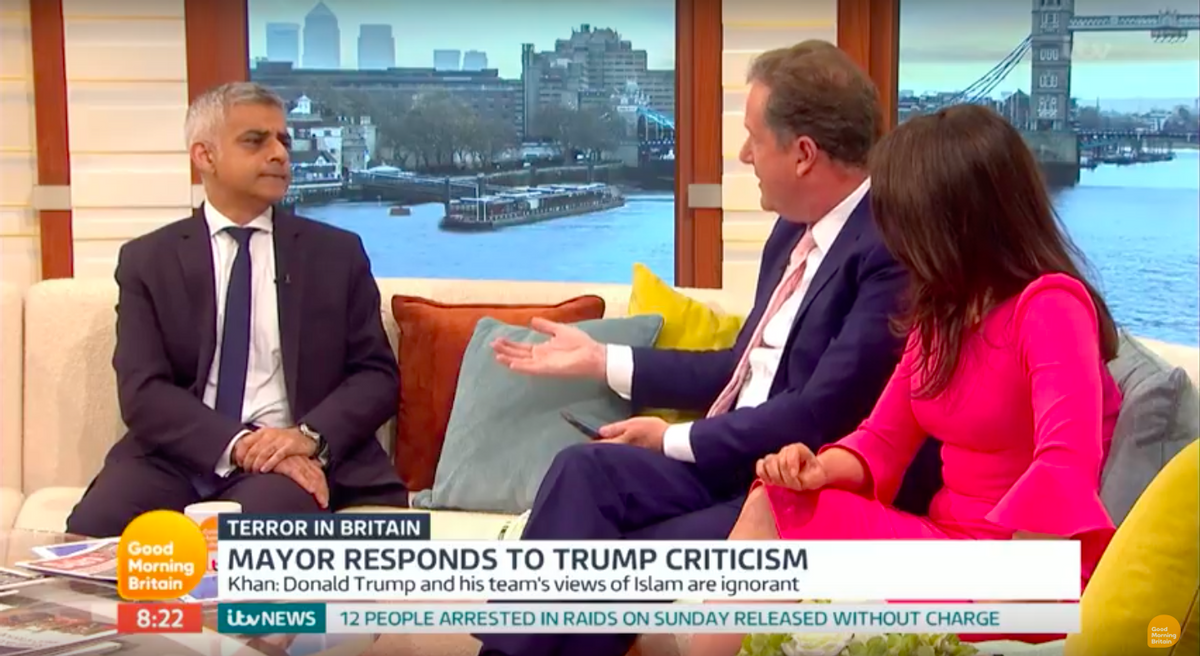 In an unprecedented move, London mayor Sadiq Khan has called for the cancelation of President Donald Trump's state visit to the U.K. after Trump's febrile criticism of Khanvia Twitter following the London Bridge terror attack that occurred late Saturday.

"Putting aside the Twitter spat and everything else . . . Donald Trump's whole position on this has been that we are all at risk from Islamist extremists who want to kill us, and he has come up with endless ways he's suggesting of trying to stop this," Morgan told Khan, London's first Muslim mayor.

Pointing to Trump's travel ban and political rhetoric, Khan defended his controversial response to the president the day before.

"There are literally millions of Americans, born and raised in America, who love their country, and who are practicing Muslims, but also there are millions of Muslims around the world who love America, me included," he began.

Khan again condemned the ISIS attack which killed seven and injured 48 as a "cowardly" act justified by "a perverse poisonous interpretation of the faith that I belong to."

"And that's a million miles from the Islam that I know . . . You speak to the three million-plus British Muslims, they also condemn unequivocally these men," he added.

As for Trump, Khan acknowledges that Britain and the U.S. have a "special relationship," no matter who is president.

"One of the things about having close mates and having a special relationship, Piers, is not just [standing] with them in adversity but [calling] them out when they are wrong," he told Morgan.

"It takes two to tango. I'm not tangoing with this guy," Khan said of Trump. "I've got better things to do."