"For the many, not the few": Jeremy Corbyn's message resonated with the youth and succeeded against all odds 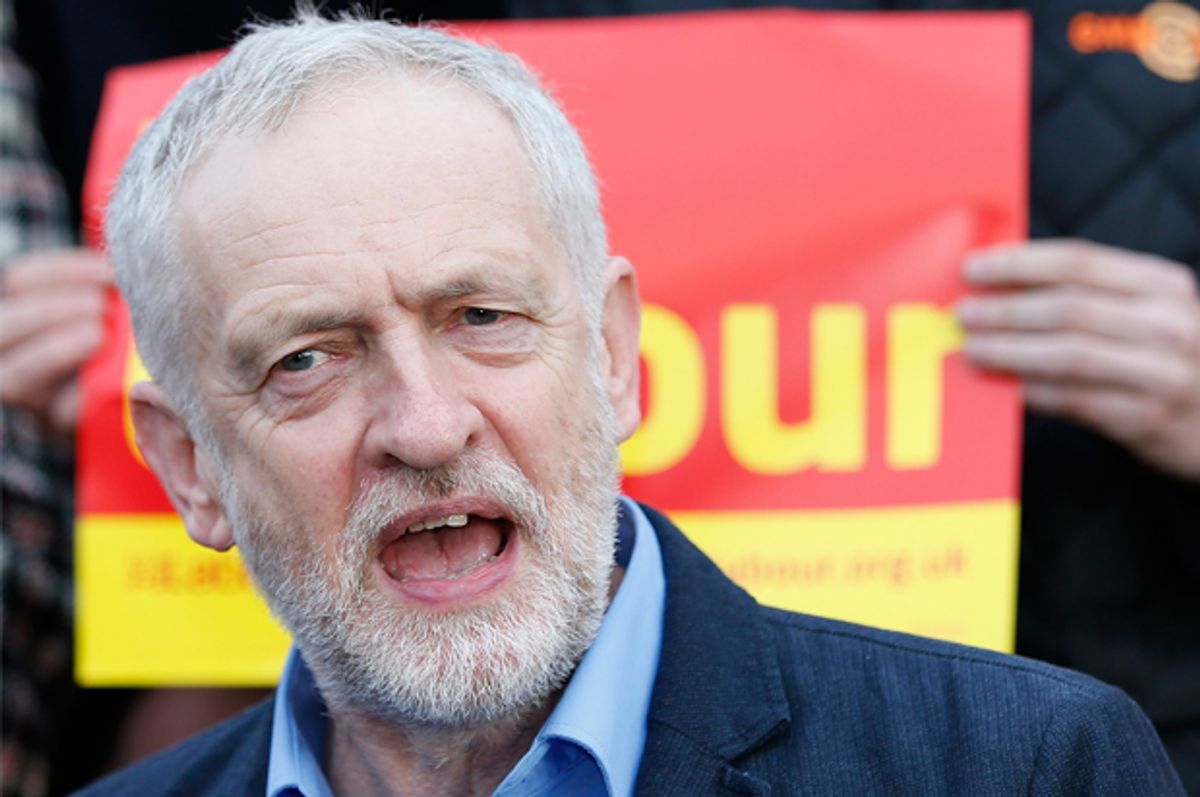 On Thursday night the Labour Party and its leader, Jeremy Corbyn, delivered a major shock to the status-quo and Conservative Prime Minister Theresa May, who called a "snap election" a number of weeks ago in hopes that she would be able to increase her party's majority. May's decision backfired and she ended up costing her party their parliament-controlling majority. May is now attempting to form a coalition government with the socially conservative Democratic Unionist Party from Northern Ireland. Corbyn, however, delivered an outcome that was presumed to be against all odds and he did so with a message that resonated with young voters and those willing to fight for working class values.

Corbyn was written off by members of his own party and was endlessly smeared by Britain's tabloid press. But Corbyn's message — "For the many, not the few" — as well as the Labour Party's manifesto, galvanized a movement among the youth that helped deliver the parliamentary shake-up. Overall turnout rose to its highest since 1997, and the party saw their highest vote share increase since 1945.

"The Labour left remembered that you don’t win by tacking to an imaginary center — you win by letting people know you feel their anger and giving them a constructive end to channel it towards. " Bhaskar Sunkara wrote for Jacobin Magazine. "It [Labour's manifesto] was a straightforward document, calling for nationalization of key utilities, access to education, housing, and health services for all, and measures to redistribute income from corporations and the rich to ordinary people."

After reports came out that President Donald Trump postponed his visit to Britain out of fear of large-scale protests Corbyn expressed on Twitter that he was happy to hear the news.

As May and the Conservatives scramble to form a coalition, Corbyn has invited other parties to unite with Labour and defeat the government, according to The Guardian. "We are ready and able to put forward a serious programme which has great support in this country," Corbyn said.

"We have a programme, we have support and we’re ready to fight another election campaign as soon as may be, because we want to be able to serve the people of this country on the agenda we put forward, which is transformative and has gained amazing levels of support," he added. If May fails to form a coalition a new election could be held within months, she finished her cabinet reshuffle on Sunday night. When Corbyn was asked if he could lead the Labour Party for the foreseeable future he said — "Look at me, I’ve got youth on my side."