Medical marijuana for your dog: Is it safe? 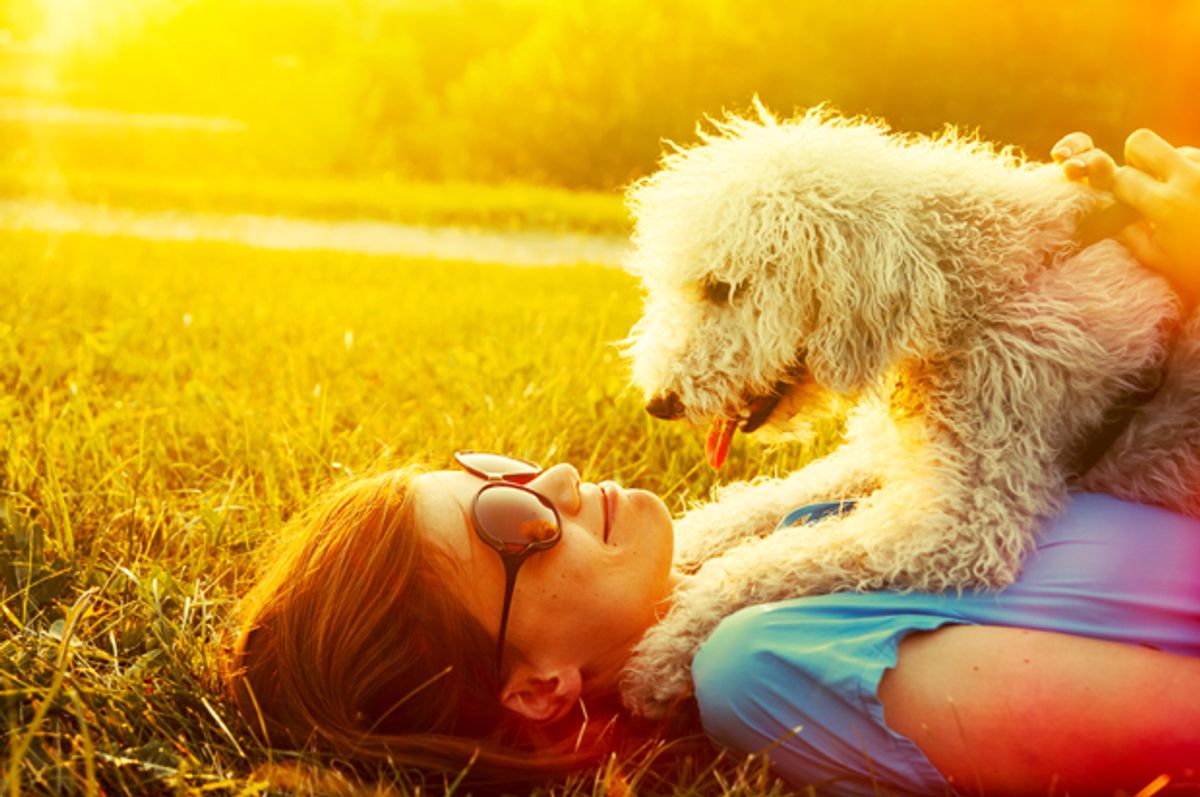 Humans and the dog. We love them so! And we love our weed. But it’s not necessarily the case that our pets should love our weed. That’s not how the transitive property works.

A recent New York Times article shined a spotlight on pet edibles, a growing niche within the burgeoning medical marijuana industry. It includes testimonials from dogs, cats, horses, pigs, even skunks that have found relief in cannabis for a kitchen-sink list of maladies: arthritic pain, glaucoma, seizures, anxiety. Or rather — of course — testimonials by owners who believe their pets have found relief.

And that’s the rub. The animals cannot speak for themselves, so, as loving and responsible pet owners, we need to take extra care not to project our hopes or desires onto them.

It would be nice if we could rely on science to guide us here. But there is almost no reliable information. There are no clinical studies of cannabis on domesticated animals (or wild ones, for that matter). What medical literature we have is comes entirely from veterinary reports — and there’s not even many of them. So it’s not surprising that vets are divided on this issue.

They can even disagree over what may seem to be the basic question: Is marijuana poisonous for pets? While the ASPCA states that THC is toxic not just to dogs but to cats and horses as well, a toxicological brief from 2002 could find no quantified lethal dosage. In fact, one San Francisco vet reports treating canine patients who consumed “several pounds” of whole plant cannabis and survived just fine.

If we can’t even agree on the relatively simple issue of toxicity (a pet is either dead or not dead after eating a cannabis cookie), how can we hope to make more subjective calls — Is my cat riding a mellow? Is my ferret bad-tripping?

One of the few available studies examined 213 cases of “marijuana toxicoses” in dogs and lists the observed symptoms. Most dogs will exhibit depressed activity and clumsiness. Some will exhibit tremors, disorientation, hypothermia, excessive salivation, loss of appetite, vomiting, incontinence, whimpering. At least to my eyes, most of these don’t look like signs of enjoyment.

Now, all those symptoms are likely caused by THC. The cannabinoid CBD, on the other hand, produces no psychoactive effect—at least in humans. Again, we simply don’t know what it does to animals.

And here’s one more depressing fact: From a medical perspective, it’s absurd to speak of “animals” as a class. Ohio State University veterinarian Sarah Moore described to Popular Science the massive amount of research that would have to be conducted before we could have a guaranteed-safe cannabis med for pets. Challenge one: cats (of course!) They represent “the pinnacle of the weird metabolism of drugs and chemicals,” and there’s no telling how they might react. Then herbivores would metabolize differently from carnivores, and birds differently from mammals, and mammals differently from reptiles. And so on. “Really,” Moore concludes, “you need data for every species.”

In the meanwhile, here’s an interesting finding about impact of increasing medical marijuana use and reports of canine marijuana poisoning. A Colorado study from 2012 found that in a five-year period after the state approved medical marijuana, reported cases of marijuana toxicosis in dogs jumped four-fold. On the other hand, the number of humans who registered for medical weed over the same period shot up 146 times. So, if we want to be optimistic, we could say that canine marijuana poisoning is about 142 times better than it could be.