Alison Brie's "brutal" "Entourage" audition: "can you take your top off now?"

"The audition process has not changed that much," the GLOW actor said. 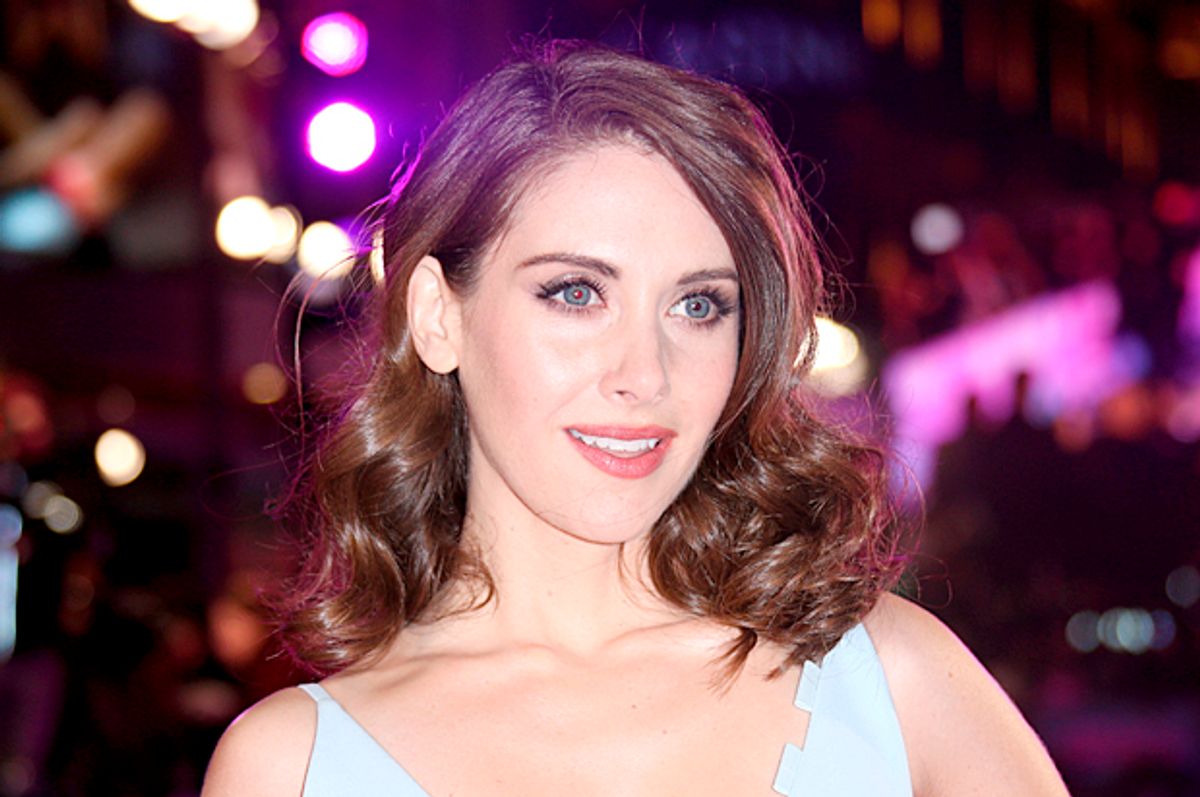 "Mad Men" and "Community" actor Alison Brie is the lead in the upcoming Netflix series "GLOW," a show focusing on actresses trying to find work in the 80's who instead stumble into the pro-wrestling world. Produced by Kenji Kohan — the creator of "Orange is the New Black" — it promises to be funny and strongly feminist.

But Brie wasn't always in such good hands. During a panel on "GLOW" at the ATX Television Festival this weekend, Brie and her costars talked about the differences between Hollywood then and now when the actor reminded everyone that, even now, it can be treacherous and torturous out there for a woman.

She offered a personal anecdote as proof. "Early in my career, I auditioned for three lines on an episode of "Entourage" that I had to go on in a bikini!" she said. "Or, like, shorts and the tiniest shorts. And they were like, 'OK, can you take your top off now?'"

Her costar, Betty Gilpin, shared an audition nightmare of her own, recalling auditioning in front of a room full of men who asked her to take her hair down after completing a scene.

After the panel, a writer from Entertainment Weekly tweeted "I won't be able to unhear @alisonbrie Entourage experience."

Brie and Gilpin's confessions come at a time when women in Hollywood are in the spotlight. With the release of the first ever female superhero movie, "Wonder Woman," more women than ever are speaking up about the roles offered to women, and how hard it can be to get their stories heard.

Brie touched on the topic during her panel, confessing that even though the roles are limited, and often degrading, women still fight for them.

"I've gone through auditions for Marvel movies and auditioned a million times for roles with three lines and you are begging for them," she shared. "And I'd be glad to get them! It's brutal, it just is."