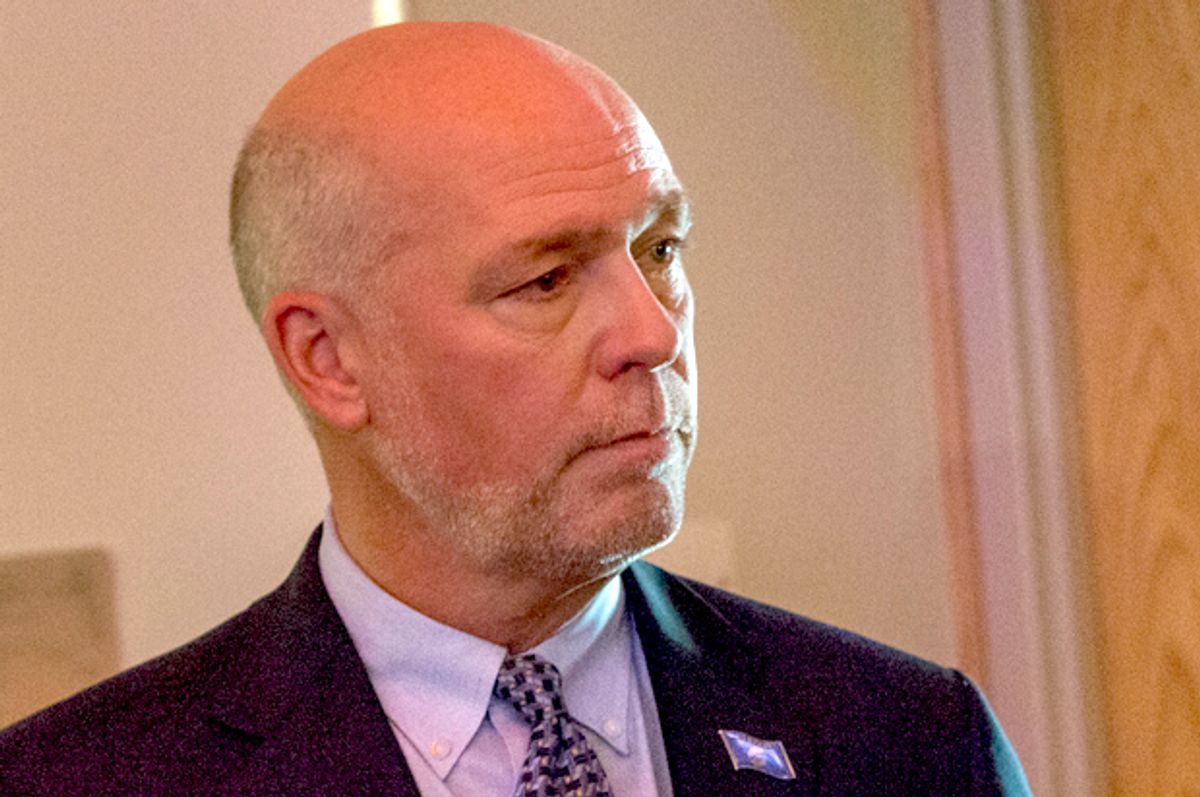 Congressman-elect Greg Gianforte of Montana pleaded guilty to misdemeanor assault for bodyslamming reporter Guardian Ben Jacobs the night before the special election which he ultimately won.

Gianforte will have to pay a $385 fine, take 20 hours of anger management classes and perform 40 hours of community service, according to The Guardian.

"Although it was not my intention to hurt him, I understand Ben was injured," Gianforte said during sentencing.

This is similar to the letter that Gianforte wrote Jacobs after settling in a case last week, during which Gianforte agreed to pay $50,000 to the Committee to Protect Journalism. Gianforte said that his "physical response" to Jacobs' “legitimate question was unprofessional, unacceptable, and unlawful," and admitted that he "made a mistake and humbly ask for your forgiveness."

Although he initially claimed he hadn't done anything wrong, Gianforte also apologized for his "mistake" in his victory speech after winning the election.

"I should not have treated that reporter that way, and for that I’m sorry Mr. Ben Jacobs," Gianforte said. "That’s not the person I am, and that’s not the way I’ll lead in this state."

"I have accepted his apology and fully expect his thoughtful words to be followed by concrete actions once he has taken his seat in Congress," Jacobs responded. "I am confident that he will be a strong advocate for a free press and for the first amendment. And I even hope to be able to finally interview him once he has arrived on Capitol Hill."

Jacobs also decried the larger political culture that he believes have made incidents like Gianforte's assault possible.

"In recent years, our discourse has grown increasingly rancorous and increasingly vile. This needs to stop," Jacobs wrote. "There will always be fundamental political disagreements in our society. However, these need not become personal and certainly should never become violent. I just hope this court’s decision can send a strong message about the necessity of civil discourse in our country, the important role of the free press and the need to help heal our political system."