"Loving" author on how slow racial equality progress can be: "We still have that kind of politics”

Salon talks to "Loving" author Sheryll Cashin about the past, present and future of race relations in America 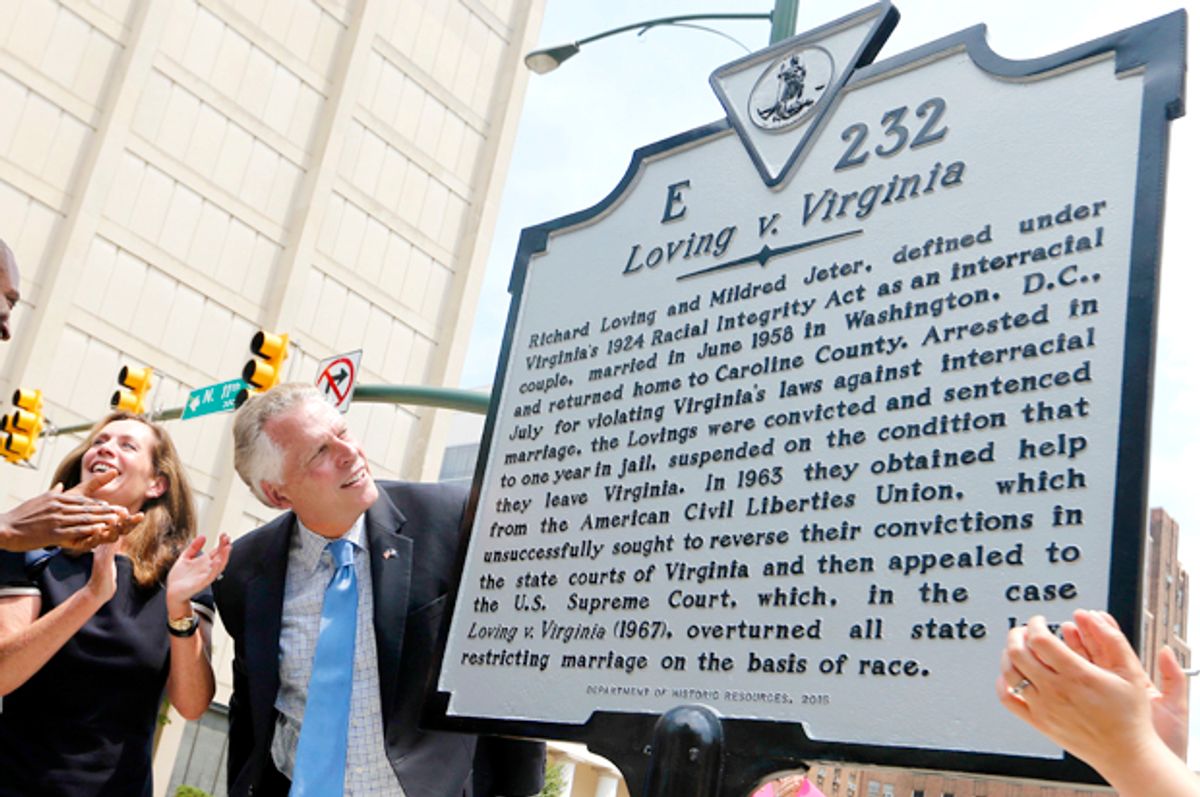 Author Sheryll Cashin believes that the future holds the hope for better race relations in the United States. But her optimism isn't merely dependent on population trends. What will matter, she told Salon in a recent phone interview, is how well we can adapt to being culturally dexterous — that is, more willing to learn about and accommodate cultural differences and accepting of the notion that diversity requires negotiation and compromise.

Cashin discussed this concept at length in her new book "Loving: Interracial Intimacy in America and the Threat to White Supremacy," published by Beacon Press. The nonfiction book hit shelves on June 6, a few days before the 50th anniversary of the 1967 Supreme Court ruling in Loving v. Virginia that struck down laws banning mixed-race marriages in 16 states.

That decision and the relationship between Mildred and Richard Loving is at the center of Cashin's book, but it doesn't comprise the entirety of its message. "I really want to underscore this: You don't have to marry or sleep with or adopt a child of another race to acquire dexterity," Cashin said. "Friendship, I think, an authentic friendship is enough for people to acquire insight. That's a form of intimacy that I think has as much potential to have impact as anything else because increasingly people have someone of a different race ethnicity in their life, even if it's at work, your co-worker. That's powerful, and it's radically different."

Even as socially polarized as we seem to be now, the concept of spending time with people of other races, whether in a platonic sense or romantically, is not as unusual as it was in the 1950s or the '60s. Cashin, for her part, noticed that interracial couples have become more visible in public in recent years as well. She began contemplating writing "Loving," she said, a few years ago, although she originally envisioned it as fiction. "I had this idea of representing some of the things that interracial couples have to get over," she said.

In the culture at large, the share of newlyweds in interracial marriages has grown sharply. A recent report by the Pew Research Center has indicated that 1 out of every 6 U.S. newlyweds today is married to someone of a different race or ethnicity. The report further indicates that in 2015, 1 out of every 10 married Americans had a spouse of a different race or ethnicity — amounting to about 11 million people.

And this is reflected in the latest U.S. Census Bureau statistics indicating that ethnic minorities will become the majority of the U.S. population in 2044. More than half of the births in the U.S. since 2013 have been to people of color.

The Georgetown University Law professor, however, is under no illusion that interracial romances and marriages will overcome the anxiety and tension surrounding race relations. "Loving," in fact, looks much further backward into our nation's history — all the way back to the 1600s.

"Looking at the whole history of interracial marriage, regulation of it, banning of it, I didn't realize that it has a longer history than anything else and a more formidable role in constructing white supremacy," Cashin said. "People have been obsessed with this idea for a very long time."

"Anti-miscegenation law was created to solve a class conflict between wealthy planters and poor, white indentured servants," she continued. "They created whiteness. What they wanted to do is divide poor white people from potentially being allies with other struggling people, with bonded black people. That political function, this dog-whistling divide and conquer — it continues to this day. We no longer have anti-miscegenation laws, but we still have that kind of politics."

In a sense, Cashin is hoping that calling attention to this aspect of interracial relationships will help further the cause of Americans moving toward more harmony in their social and political lives. "My hope is that as with each passing decade it's just going to get easier and easier for a center-left coalition of culturally dexterous whites and people of color to become a political majority," she said. "My hope is that that political majority starts to dismantle the structures of supremacy, one of which is ghetto isolation."

Added Cashin: "I wanted to make that clear. If we don't have an intentional effort to dismantle mass incarceration, to really tackle these enduring structures, some of that stuff and the 'othering' is going to continue."

And there will still be pushback, even as Americans make strides. This is a country where Mildred and Richard Loving's story was made into a film, "Loving," widely released in November 2016.  These days television and film productions are expected to feature racially diverse casts as a matter of course. This season, in fact, is featuring the first African-American "Bachelorette" on ABC and an interracial teen romance "Everything, Everything" in movie theaters.

Nevertheless it wasn't so long ago that internet trolls created a furor over seeing an interracial couple featured in a Cheerios commercial. And yet, that example helps Cashin make her case. "In authentic friendships, when we like someone and spend time with them, we're probably going to sit down and eat with them. That can be very powerful. So yes, invite someone over for a meal."