Leaders of both parties can agree: Donald Trump shouldn't be in total control of Russia sanctions 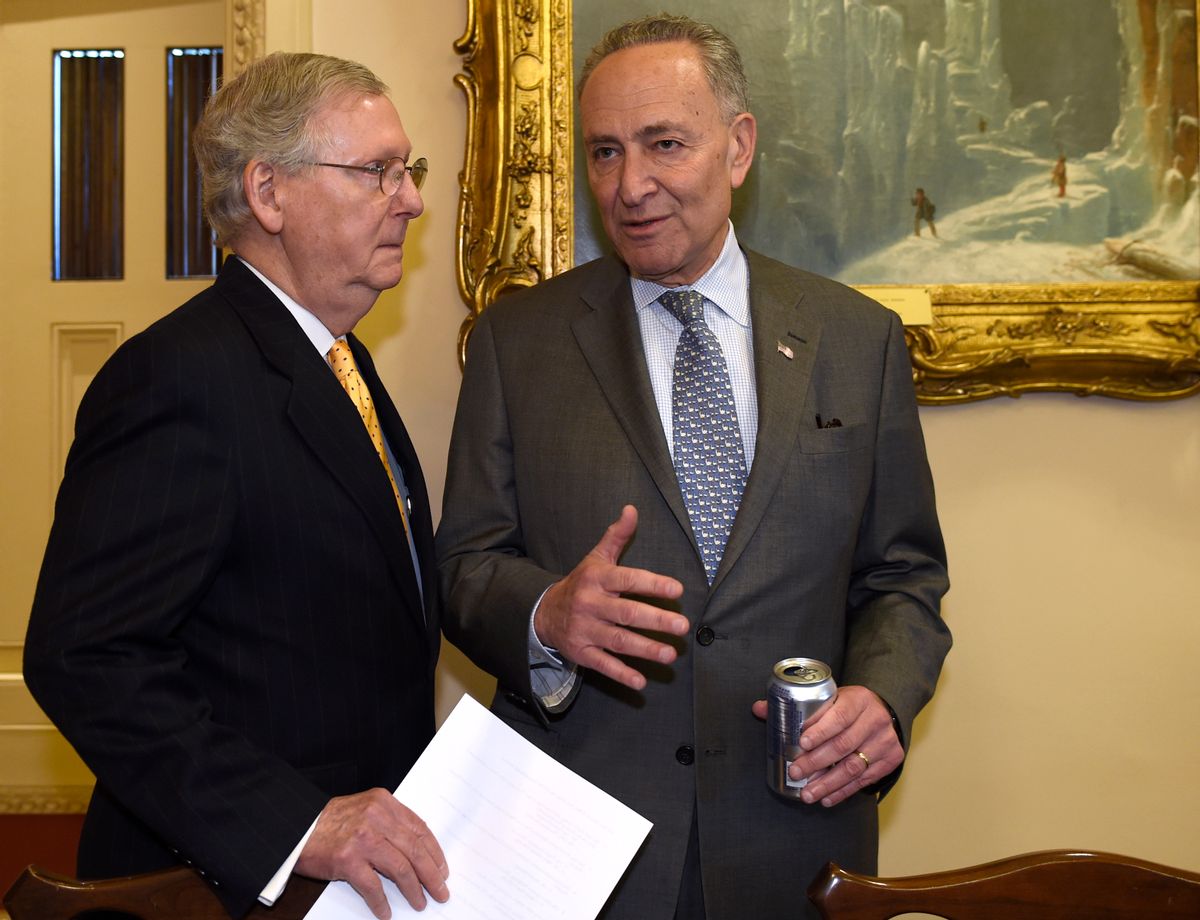 Senators are crafting a bipartisan deal to impose new sanctions on Russia, and allow Congress to prevent President Donald Trump from rolling back penalties on Moscow.

So what's causing the Senate to work across the aisle? The president has a history of indicating he would ease sanctions, and has expressed interest in developing friendlier relations with Russian President Vladimir Putin. The bill would require "congressional review of any Trump attempt to waive or ease existing sanctions," according to Politico.

Both Republican and Democratic leaders of the Foreign Relations and Banking Committees negotiated the agreement on Monday with the cooperation of Majority Leader Mitch McConnell R-Ky., and Minority Leader Chuck Schumer D-N.Y. According to Politico, both parties can declare victory "delivering a legislative win for McConnell while fulfilling the three basic goals Schumer had outlined for a Russia sanctions measure."

A vote is scheduled to take place on Wednesday.

"Throughout these negotiations, Democrats have insisted that a Russia sanctions amendment accomplishes three things: codify the existing sanctions in law, impose tough new sanctions in response to Russian meddling in our elections, and give Congress a process to review whether they should be lifted," Schumer said in a statement.

Trump's talks of befriending Putin has concerned many European leaders, who are still not sure what the Trump administration's formal policy stance on Russia is.

The president also made moves towards allowing Russia to once again have two diplomatic compounds near New York City and on Maryland's Eastern Shore, according to the Washington Post. Russian diplomats were ejected from the compounds last December under President Barack Obama because of their alleged interference in the 2016 election.