Alex Jones says that Megyn Kelly "lied" to him, as a big advertiser pulls its support from her show 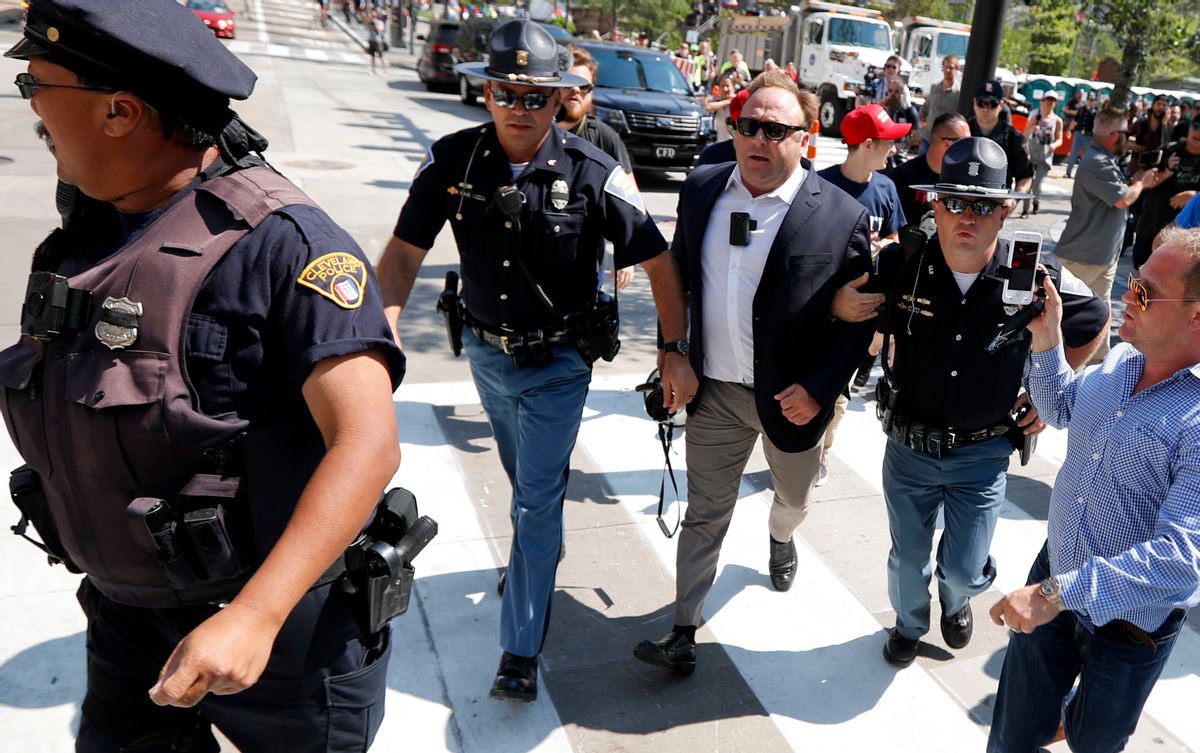 What does the bank JPMorgan Chase & Co. have in common with right-wing extremist Alex Jones?

Neither are particularly keen on Jones' upcoming interview on NBC News' "Sunday Night with Megyn Kelly."

JPMorgan Chase & Co. has requested that its advertisements on local television networks and online be excised from Kelly's program and other NBC News broadcasts until after the Jones episode has aired, according to a report in The Wall Street Journal.

JPMorgan's chief marketing officer, Kristin Lemkau, tweeted on Monday, "As an advertiser, I’m repulsed that @megynkelly would give a second of airtime to someone who says Sandy Hook and Aurora are hoaxes. Why?"

Jones also took the opportunity to denounce Kelly during his broadcast on Monday.

Jones said although he knew the interview with Kelly would be unfair to him, he went ahead with it anyway because he "wanted to get the anatomy of a true psy op." He then accused Kelly of staging an interview that amounted to "propaganda" because she interrogated him about his views on the Sandy Hook elementary school shooting and other issues, arguing that NBC staffers "clip and misrepresent" his positions. In Jones' telling, Kelly's goal is to "destroy independent media."

The right-wing pundit then proclaimed that he doesn't want Kelly's interview to air on Father's Day, arguing that part of NBC's goal is to "make fathers look bad" by disparaging him.

On Tuesday, Sandy Hook Promise, "an anti-gun violence organization founded by parents of children killed at Sandy Hook Elementary School," disinvited Kelly from serving as host of an event, the Associated Press reported.