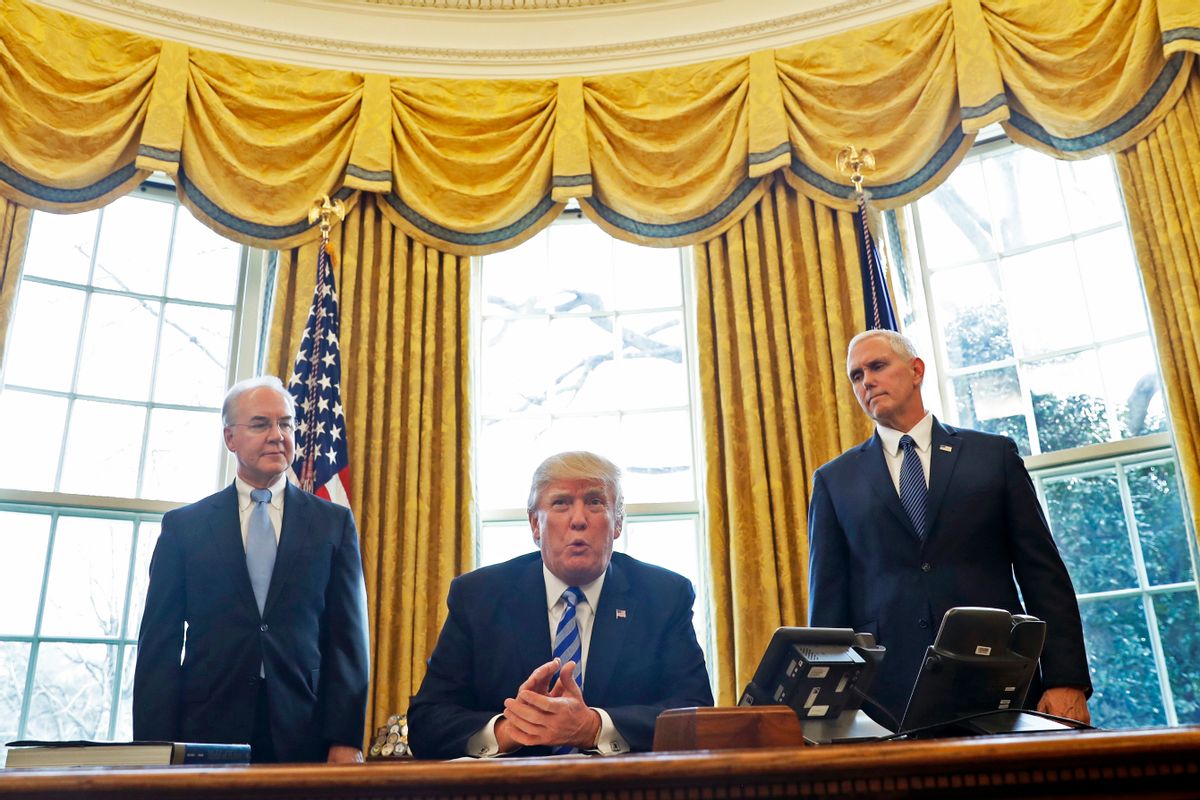 One of the biggest and newest questions in President Donald Trump's White House — are there or aren't there tapes featuring his conversations — may be a step closer to being solved.

The Secret Service said they have no knowledge of any tapes between the president and former FBI Director James Comey made in the Oval Office, the Wall Street Journal reported Monday.

The revelations don't prolong, but don't exactly put to rest, Trump's two allusions to the possibility that White House conversations had been recorded. The first came in May, when Trump responded to Comey's willingness to testify before the Senate Intelligence Committee.

Just last week, Trump revisited the notion that there may be recordings about his conversations with Comey. He said the existence of the tapes may be revealed "maybe sometime in the very near future."

The White House has never gone on the record to say whether or not there are "tapes," or recording devices for that matter.

Last month, press secretary Sean Spicer wouldn't say whether there was truth to Trump's tweet. "He's simply stated a fact," Spicer said during a May 12 press briefing. "The tweet speaks for itself. I'm moving on." He added that "president has nothing further to add on that" a month before Trump had something to add on that.

Deputy press secretary Sarah Huckabee Sanders joked about the recording devices when she was asked about them. "I'll try to look under the couches," she remarked, noting that she had "no idea" about them.

Any tapes would give a clear answer to what really was said between the two. Comey said Trump pushed him multiple times to drop a possible investigation of former National Security Advisor Michael Flynn's connections with Russia.

Trump dismissed Comey's account of the discussion — calling him a "leaker" — but his son, Donald Trump Jr. seemed to agree with Comey's version of events.

"When [Donald Trump] tells you to do something, guess what, there is no ambiguity in it," Trump's son told Jeanine Pirro Saturday. "There's no, 'hey I'm hoping.' You and I are friends, 'hey I hope this happens but you gotta do your job.'"