Writer of "The Goldbergs" trolls Trumpers with "Spaceballs" references

Adam F. Goldberg started with a reference to President Skroob, and things just took off from there 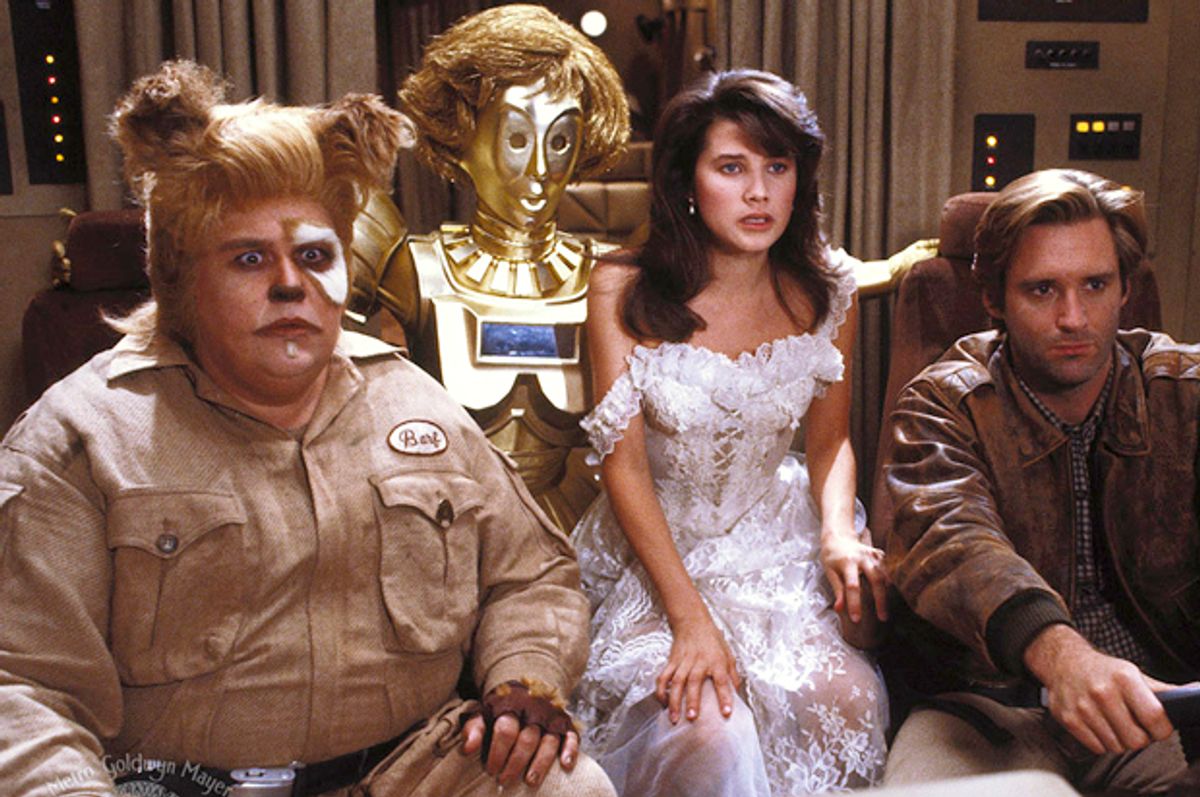 As a recent online moment of joy bears out, many of President Donald Trump's online supporters may be a bit slow on the uptake when it comes references to classic cinema.

The hilarious cyber-kerfluffle started last week Adam F. Goldberg, creator of the ABC sitcom "The Goldbergs," tweeted out a joke referencing one of the villains from the 1987 Mel Brooks comedy "Spaceballs."

The president being criticized here is obviously Skroob, the fictional Mel Brooks character, and not (unfortunately) real Donald Trump.

Twitter user Kevin Murphy, who describes himself as a retired detective sergeant and private investigator, apparently couldn't detect the reference and instead made a comment attacking liberals.

Goldberg, sensing a comic opportunity, continued playing the situation straight by attacking the Skroob-ian plot to suck up all the air from the planet Druidia.

This prompted another self-proclaimed private investigator, a "Jesus follower" who claims to be a former forensic scientist and real-estate investor calling herself "Mom of 3," to outright deny the scientific fact of climate change.

One has to wonder: Do the science deniers actually believe that climate change theory involves a giant vacuum cleaner in outer space?

Goldberg, to his everlasting credit, decided to keep on baiting.

Finally a non-private investigator, Hank Pabst, chimed in to express dismay at the clearly-not-fictional absurdities being spouted by Goldberg.

It is at this point that Goldberg broke hearts by reminding readers of "Spaceballs 2: The Search for More Money," a sequel that should have been made but never was.

Hank Pabst then agreed with Goldberg, although it's not entirely clear what exactly it is he thought he was agreeing with.

Then, Goldberg started to let his guard down and revealed the joking nature of it all.

Maybe Hank gets the joke now?

At last Goldberg, finally revealed that, yes, any references to giant space maids who suck up an entire planet's atmosphere with a vacuum cleaner were for entertainment purposes only.

Pabst then capped things off with the perfect quote:

And nobody learned a thing.