Yet again, a movie will feature a cis-male actor donning a wig and heels to play a trans person 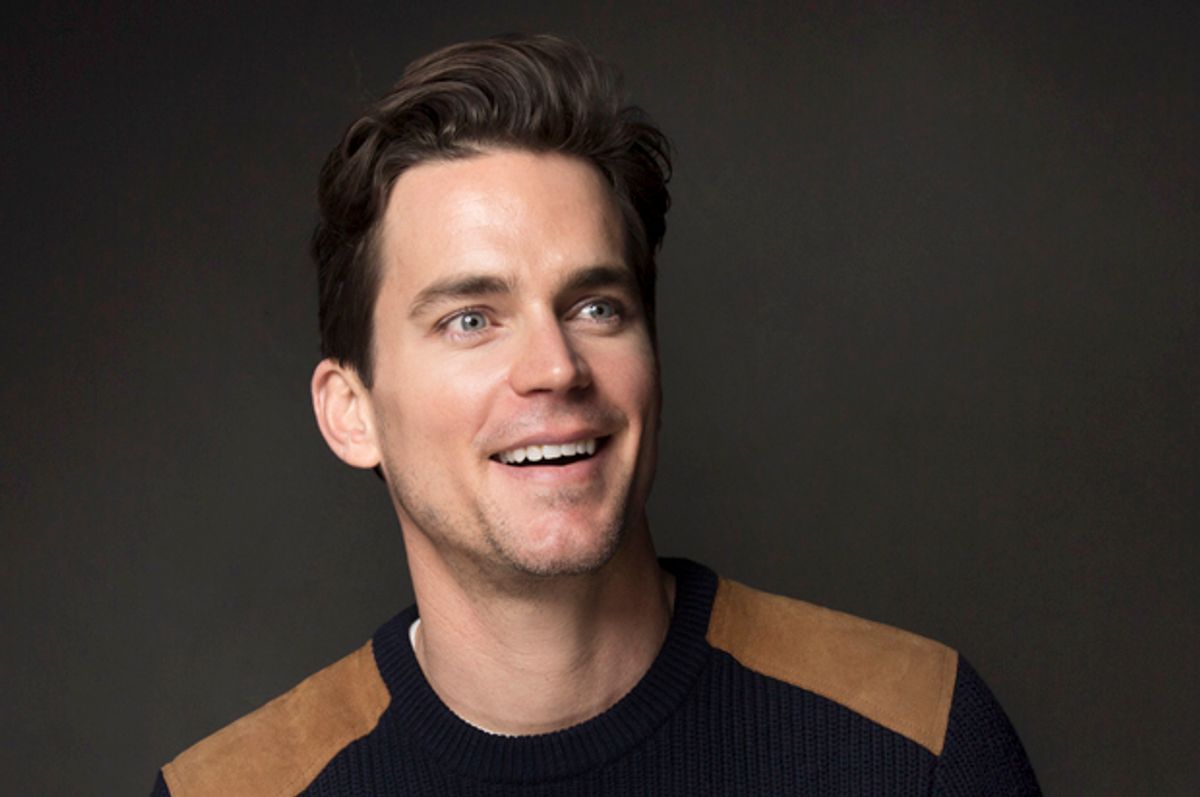 Today, a first look at the indie movie "Anything" debuted at Deadline featuring, yes, a cis-male actor portraying a trans woman. This time it's "White Collar" and "Magic Mike" player Matt Bomer in costume as "Freda Von Rhenburg" acting across from John Carroll Lynch ("The Drew Carey Show", "Zodiac") in what the movie's log line describes as "a story about the infinite possibility of love".

Take a look for yourself.

As you can see, there's not much to glean from it other than the fact that, yes, Matt Bomer is very conventionally attractive be he playing a cis-man or a transgender woman.

However, it is not Bomer's incontestable conventional attractiveness that is setting off alarm bells. It is his off-screen gender and the consistent issue of cis performers playing people of trans experience in film.

Recent years have seen both Jared Leto and Eddie Redmanye win Oscars for their respective trans-woman roles in "The Dallas Buyers Club" and "The Danish Girl". Chloë Sevigny, Felicity Huffman, Elle Fanning and other notable cis-gender actors have taken on parts that show trans people either during or mid transition. Almost all of these actors have collected praise from the mainstream press for doing so.

Lauding cis actors for delving into trans experiences has long been a Hollywood tradition. The frequency of those plaudits has only more regular more and more films take up the trans narrative at different angles.

And yet, even as more trans stories surface across all media, actual trans actors are often shut out of telling stories that are — in many senses — theirs to tell. It's a trend that's been a regular source of criticism and genuine concern.

In a 2016 editorial in The Hollywood Reporter, GLAAD Transgender Media Program director Nick Adams wrote that Bomer's casting in "Anything" was "yet another painful reminder that, in the eyes of so many people, transgender women are really just men. That message is toxic and dangerous." Given the violence that trans people still experience on a regular basis, it's hard not to agree.

It's also a confounding one as it's not like there's a dearth of qualified trans actors. "Transparent", "Orange is the New Black", "Tangerine" and other projects provide ample evidence that, yes, trans people are more than capable of playing, well, trans people.

Bomer is indeed a good actor and is, yes, an open, proud and amplifying member of the gay community. But none of those things are truly relevant here. That "Anything" uses yet another cis-male to tell yet another trans story (one that appears to exoticize the trans experience and center cis-gender amazement at it) is troubling and unnecessary.

Surely, the conversation around "Anything" will grow larger and louder as the movie moves closer to a wider release.