As the trial entered a second day without a verdict, Cosby peppered the surrounding crowd a line from a cartoon 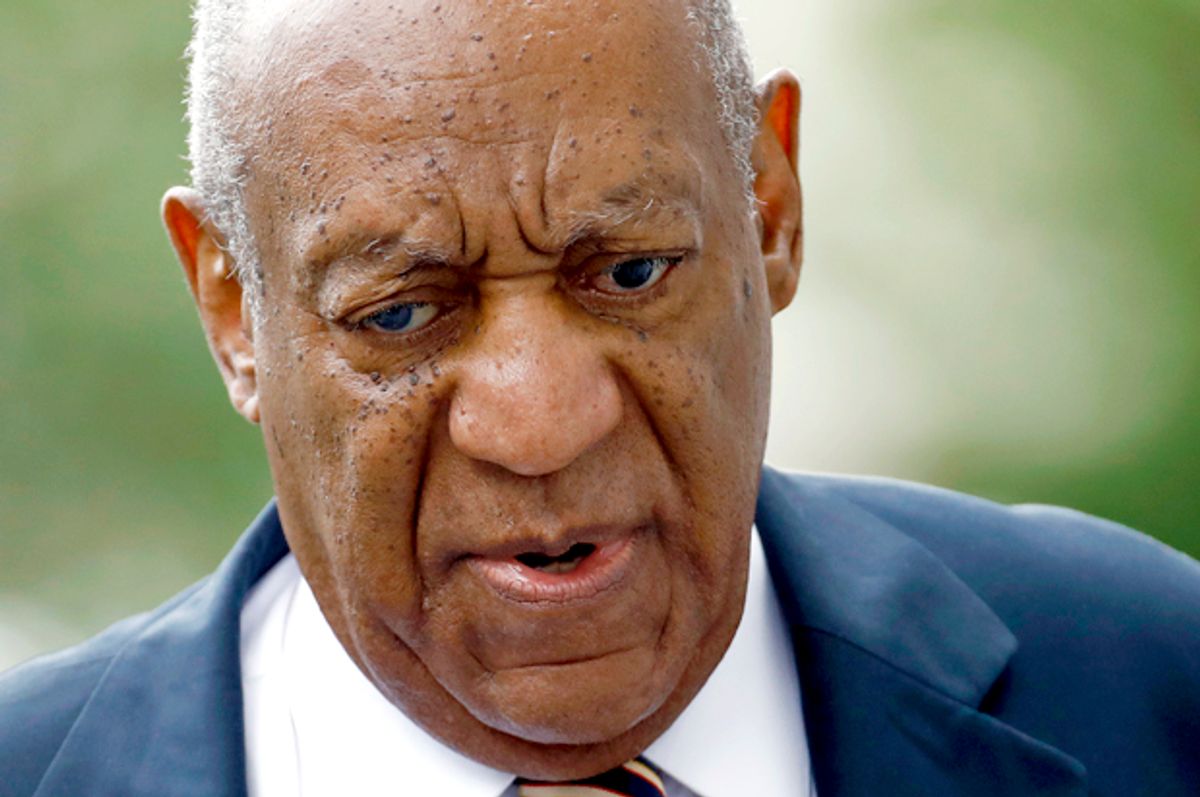 As a Pennsylvania jury continues to deliberate on whether he should be convicted on three counts of felony aggravated indecent assault (he could face 10 years in prison on each one), one would think that comedian Bill Cosby would act in appreciation towards the solemnity of the occasion.

As Cosby left the courtroom on Tuesday and was greeted by a group of fans and reporters, the comedian let out a yell of "Hey, hey, hey!" This would, yes, be the catchphrase of one of his best known characters, Fat Albert Jackson who has appeared in the comedian's routines, on recordings and in the children's cartoon "Fat Albert and the Cosby Kids" which ran on CBS from 1972 to 1985. The character was portrayed by "Saturday Night Live " star Kenan Thompson in the 2004 film, "Fat Albert".

The jury has deliberated for roughly 16 hours over the past two days, according to a report by NBC News. At one point the jurors asked to have the testimony of Detective Dave Mason, who took the initial report of accuser Andrea Constand, read back to them. They also reviewed a number of passages from a deposition given by Bill Cosby during a civil case.

At one point during that deposition, Cosby said that when it came to his decision to touch Constand's genitals, "I go into the area that is somewhere between permission and rejection. I am not stopped." They also asked for a definition on the meaning of the phrase "without her knowledge" in one of the charges against Cosby, which the judge said he could not clarify for them. On another occasion, they focused on Cosby using the phrase "three friends" to describe pills he allegedly gave Constand before touching her breasts and genitals.