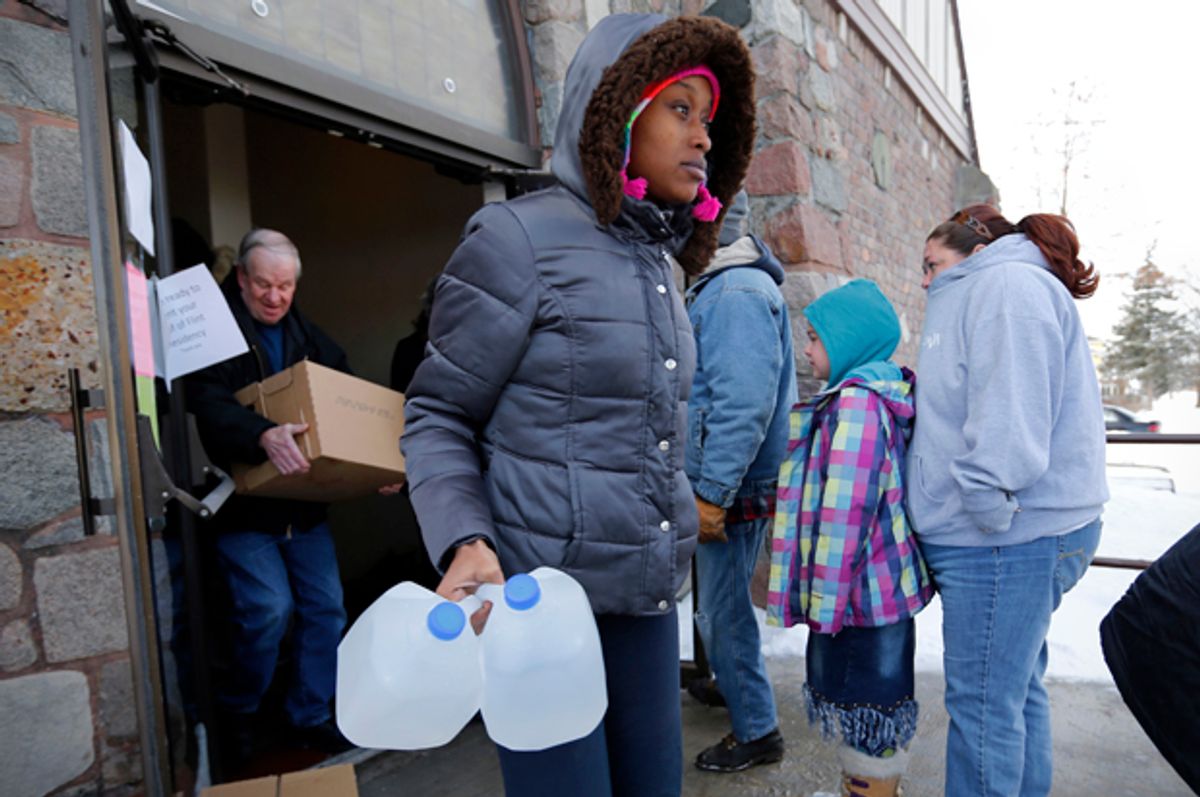 A new chapter has opened in the story of the Flint water crisis.

Nick Lyon, the head of Michigan's health department, was officially charged on Wednesday with involuntary manslaughter and misconduct in office, according to a report by the Associated Press. Special agent Jeff Seipenko told a judge that Lyon decided not to inform the public after there was an outbreak of Legionnaires' disease in the area around Flint, Michigan. He had been aware of the problem after being briefed in January 2015 but, as he later admitted, waited for almost a year so that staffers at the state Health and Human Services Department could finish their investigation. That involuntary manslaughter charge is being coupled with a misconduct in office charge due to allegations that Lyon tried to stop researchers at a university from studying the Flint River to see if the local increase in Legionnaires' disease cases was caused by it.

Chief Medical Executive Dr. Eden Wells will be charged with obstruction of justice. Lyon and Wells are the highest-ranking state officials to be charged in the crisis.

Four other officials, including the former Flint emergency manager, were also charged with involuntary manslaughter.

Twelve people died in 2014 and 2015 as a result of Legionnaires' disease, although Lyon's decision not to act is only being cited as the cause of one death, that of 85-year-old Robert Skidmore.

Lead from old plumbing seeped into the Flint water system, resulting in the mass poisoning that has scandalized the state.

Lyon's justification for his conduct was that he wanted to allow experts to "solve the problem" before taking it up the chain of command, although he admitted that it "wasn't one that was easily solved."

If convicted, Lyon could be sentenced to up to 15 years in prison.