The late-night hosts have been following the Russia investigations closely, perfecting their Sessions impersonation 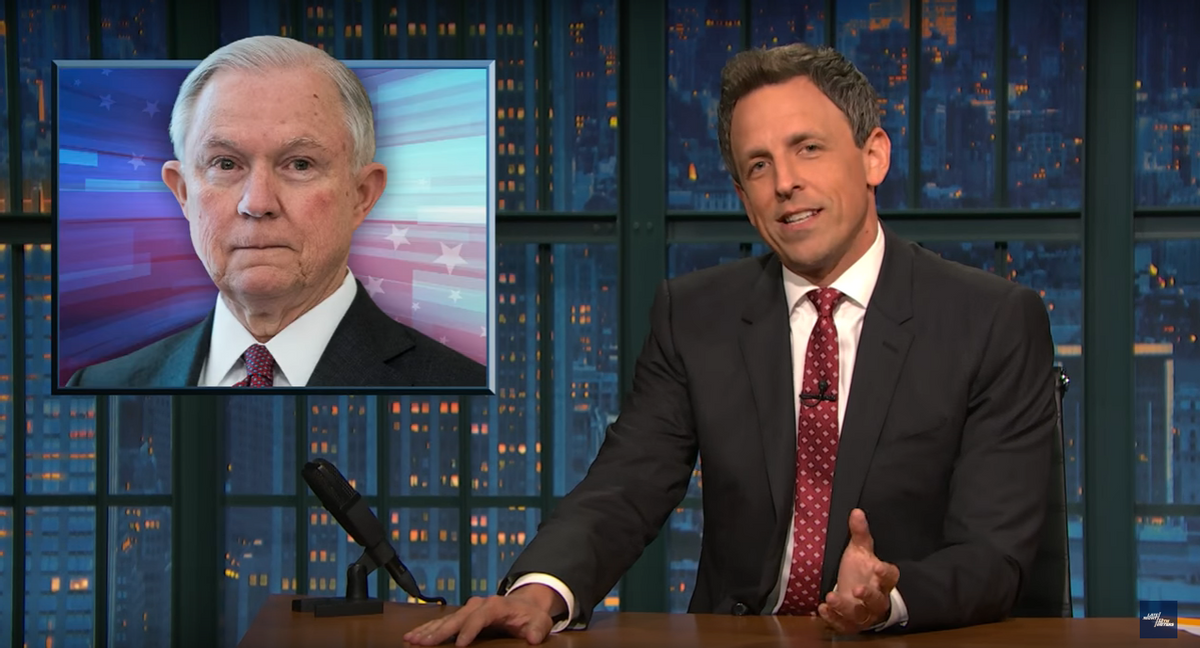 Few are more informed about the Russia investigations than the late-night hosts who spend every night telling jokes about the matter.

"Late Night" host Seth Meyers traces this whole mess back to Attorney General Jeff Sessions confirmation hearing before the judiciary committee, when he provided a false answer to a question from Sen. Al Franken. Meyers played the Jan. 10 clip — made famous because of Sessions' worried look after his response — to refresh his audience's memory.

"Look at that face," Meyers said Tuesday night. "That's a face of a man immediately regretting the words he just said. That's the same face Sessions would make after saying, 'Well, Mr. LeBron James, I do believe I can beat you one-on-one and I am willing to bet my life savings.'"

During Tuesday's testimony, Sessions told the Senate intelligence committee in a fiery opening statement that he was prepared to defend his honor from "scurrilous innuendo."

Stephen Colbert opened the "Late Show" Tuesday with a monologue dedicated to the Russia investigations and Sessions' testimony.

Colbert noted that Sessions was potentially in legal jeopardy over his two confirmed meetings with the Russian ambassador. But fired FBI Director James Comey's testimony last week revealed there was a potential third. Senators were hoping Tuesday to confirm this meeting occurred, but Sessions was having some memory issues.

"He's almost completely, 100 percent, pretty sure he didn't do it a third time, maybe," Colbert said.

Throughout the testimony, Sessions avoided answering questions, even though he was not invoking executive privilege.

"Senator Sessions appears to know nothing," the comedian added, "which explains why he was the first senator to endorse Trump."

Trevor Noah, like Colbert, also made a lot of hay about Sessions' refusal to answer basic questions on Tuesday.

The questions were simple. "But if there's one thing we know about magical creatures, it's that if you ask them a question they don't like, they'll just make up rules for why they can't answer," Noah joked Tuesday night on "The Daily Show."