Residents warned, "Only a catastrophic event will expose the ineptitude and incompetence of our landlord" 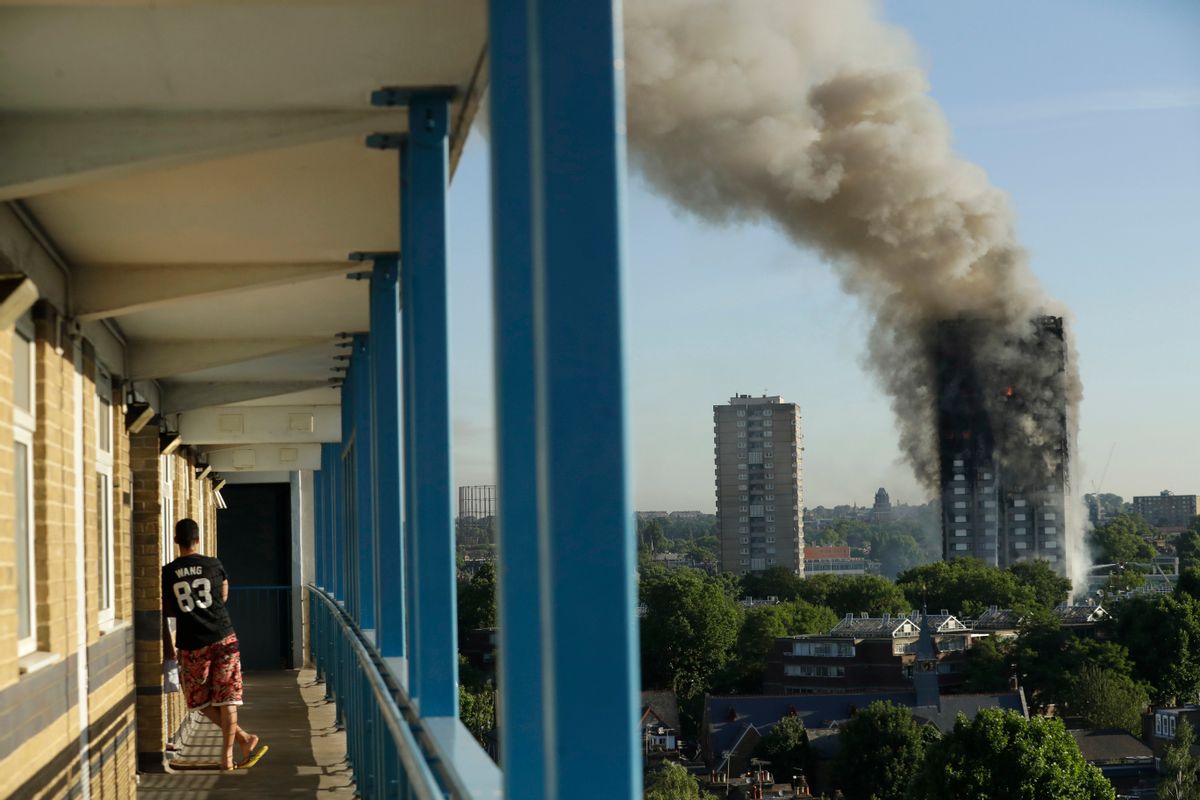 A residential tower in London that caught fire on Wednesday, leaving six dead and 20 others in critical condition, was described as a death trap by a local activist group.

"It is a truly terrifying thought but the Grenfell Action Group firmly believe that only a catastrophic event will expose the ineptitude and incompetence of our landlord, the KCTMO, and bring an end to the dangerous living conditions and neglect of health and safety legislation that they inflict upon their tenants and leaseholders," wrote the Grenfell Action Group in a blog post from November. "We believe that the KCTMO are an evil, unprincipled, mini-mafia who have no business to be charged with the responsibility of  looking after the everyday management of large-scale social housing estates and that their sordid collusion with the RBKC Council is a recipe for a future major disaster."

They added, "It is our conviction that a serious fire in a tower block or similar high density residential property is the most likely reason that those who wield power at the KCTMO will be found out and brought to justice!"

The KCTMO refers to the Kensington and Chelsea Tenants Management Organisation, according to The Guardian. Last year the KCTMO was handed a "deficiency notice" by London fire brigade due to its alleged mismanagement of the Lonsdale House on the Portobello Court Estate. The Guardian also reports that KCTMO acknowledged in board papers from November that they needed to adopt "a more proactive approach to the installation of self-closing devices to flat entrance doors across the stock."