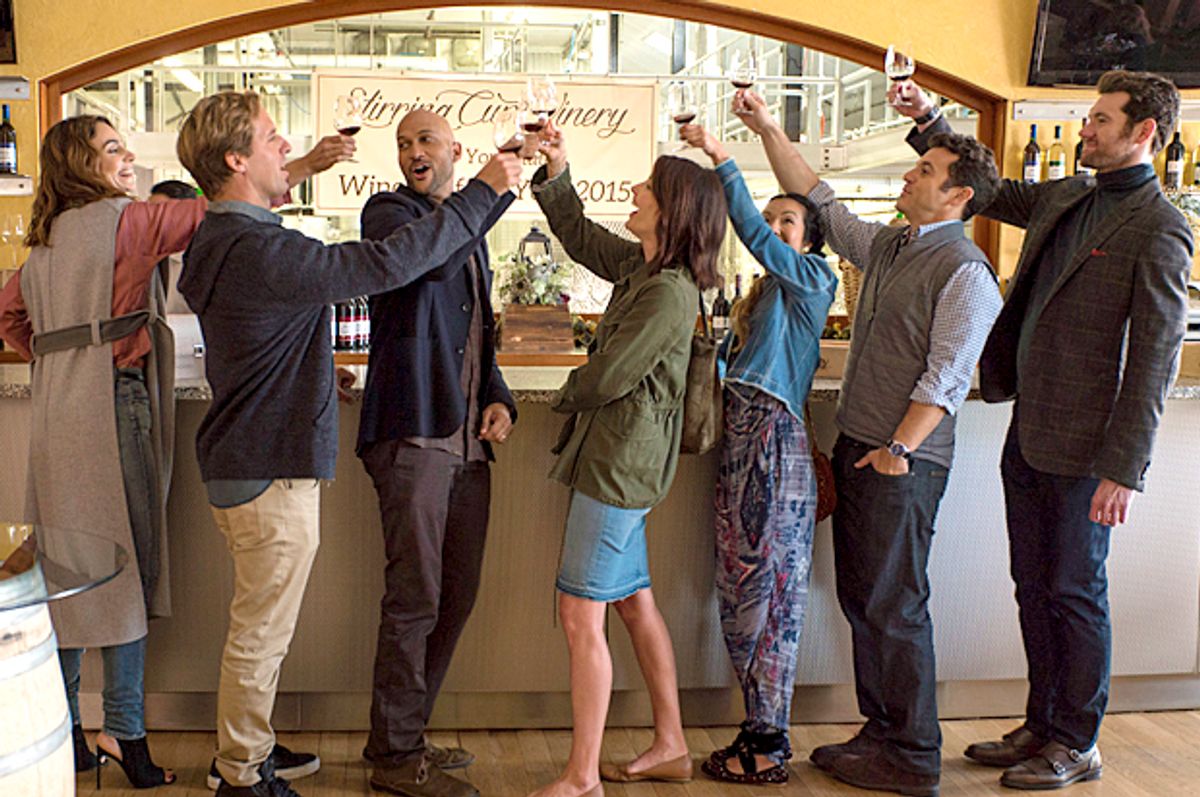 Netflix has just released the first trailer for a series that promises to bring your worst nightmares about adulthood to life, the new original comedy "Friends from College."

"Friends from College" follows a group of 40-something friends who met at Harvard and now are struggling through their adult lives as they move from one city to another, try to survive dead-end jobs, raise families and so on. Two of them are even having an affair that that's been going on since college, even though they're both married to other people in the group. Whenever the gang gets back together, the friends revert to their old hard-drinking, hard-partying ways.

The streaming site's newest comedy series comes from husband-and-wife writing duo Nick Stoller and Francesca Delbanco. Both of them have contributed to the comedies "Forgetting Sarah Marshall" and "Get Him to the Greek."

Keegan-Michael Key, of "Key & Peele," plays the lead role. It's his first major outing without Jordan Peele, his partner on that former comedy show, since the series ended its run in 2015. Peele, of course, went on to direct the riveting surprise blockbuster "Get Out," one of this year's biggest hits. Key will also appear in next year's "Predators," a revival of the sci-fi action franchise directed by Shane Black.

Colbie Smulders, who spent nine years starring in "How I Met Your Mother," co-stars as his Key's wife, while Annie Parisse, Nat Faxon, Jae Suh Park and Fred Savage (yes, that Fred Savage) are also onboard.

"Friends from College," which could be your next bingeing favorite, hits Netflix on July 14. Watch the trailer below: